Early in the morning of February 15, 2013, thousands of residents of the city of Chelyabinsk, as well as the nearest settlements, observed a unique phenomenon – a meteor shower rained over the Ural part of Russia.

Residents of the city of gunsmiths of Zlatoust, were also able to see the fall and explosion of a huge celestial body in the dark morning sky.

The meteorite flew from East to West from Chelyabinsk in the direction of Zlatoust. The largest fragment flew to Lake Chebarkul 50 km from Zlatoust. This is clearly visible on the map.

Our masters in their 200 years of history have used a huge amount of noble materials, but a meteorite has never before. It was decided to make gold medals for the upcoming 2014 Winter Olympic Games in Sochi. 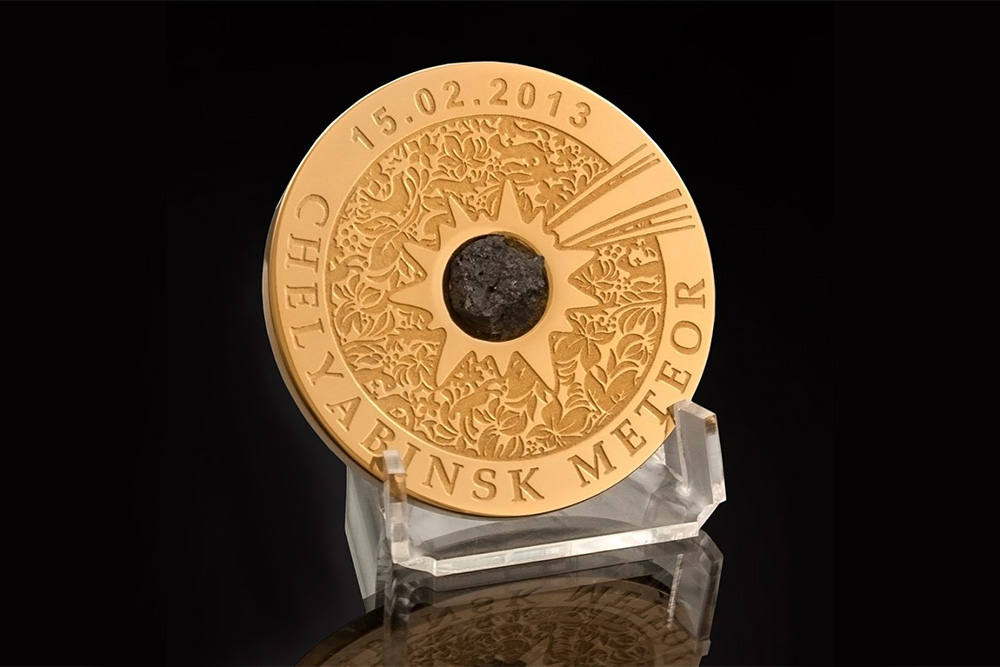 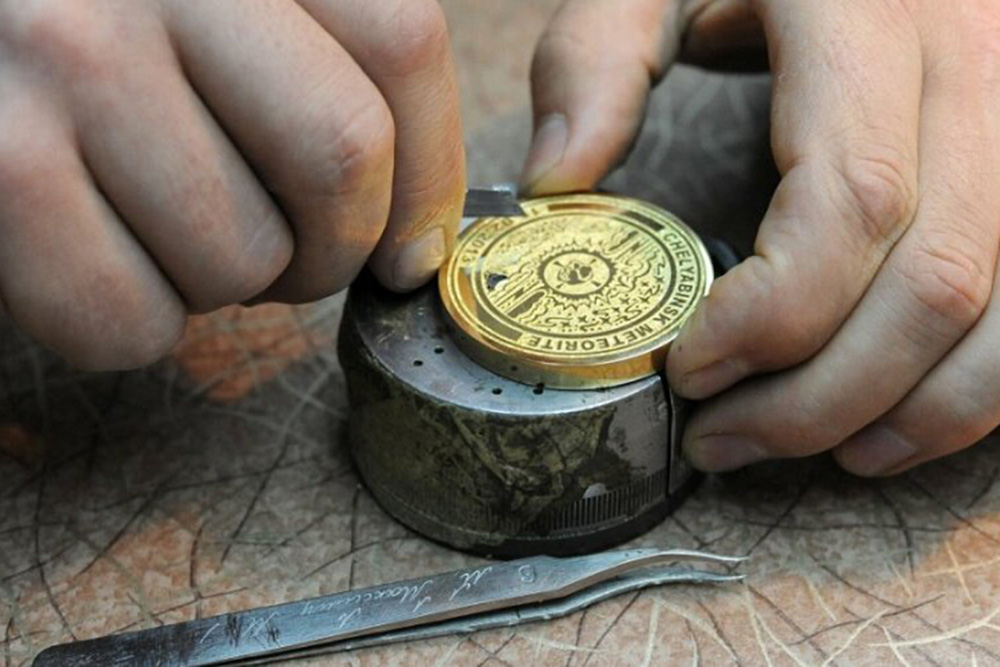 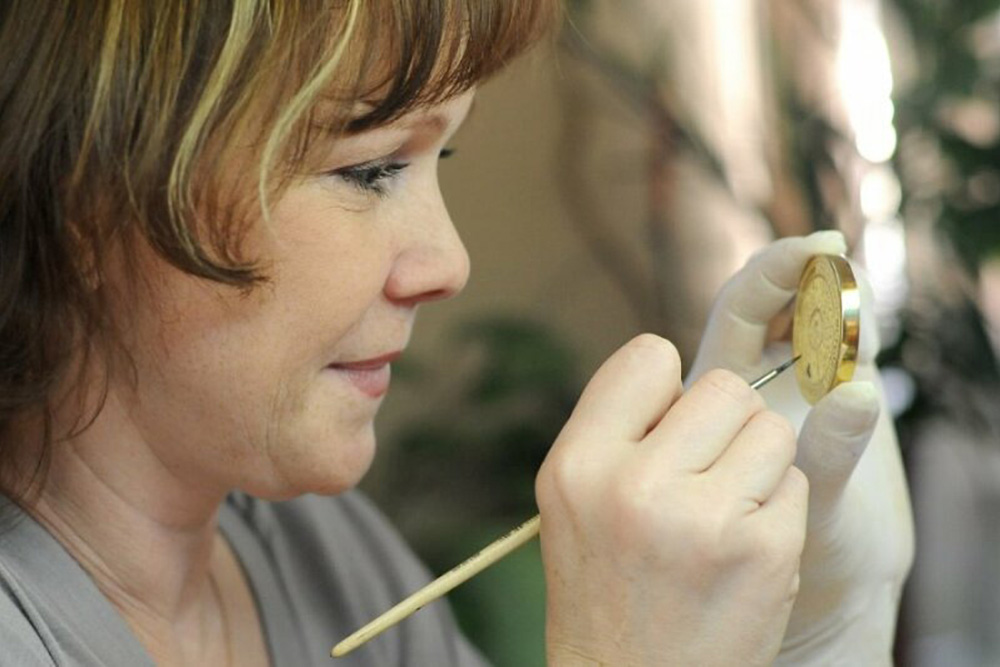 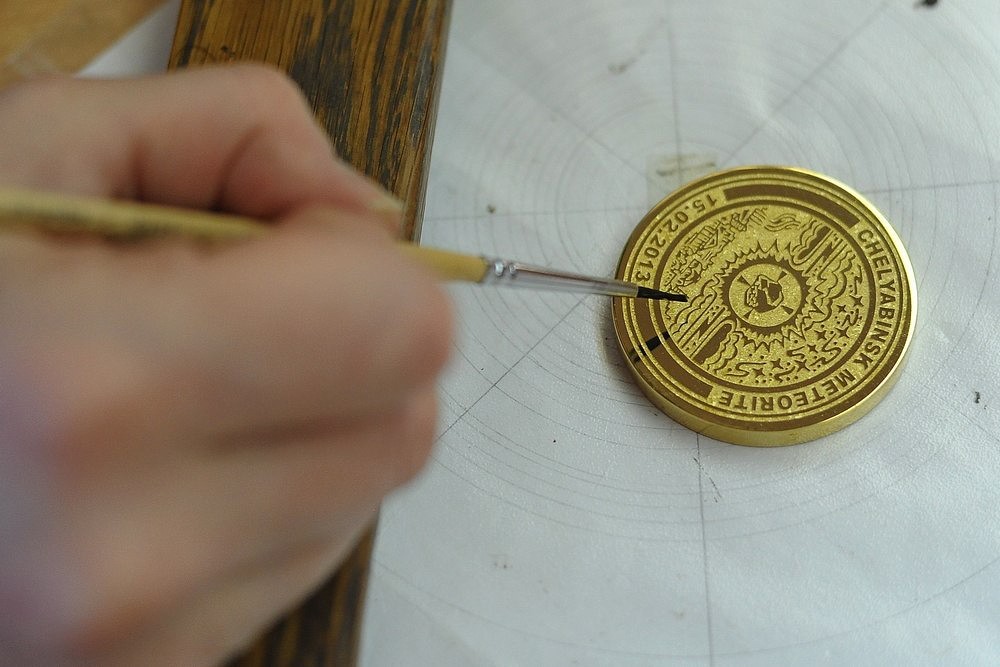 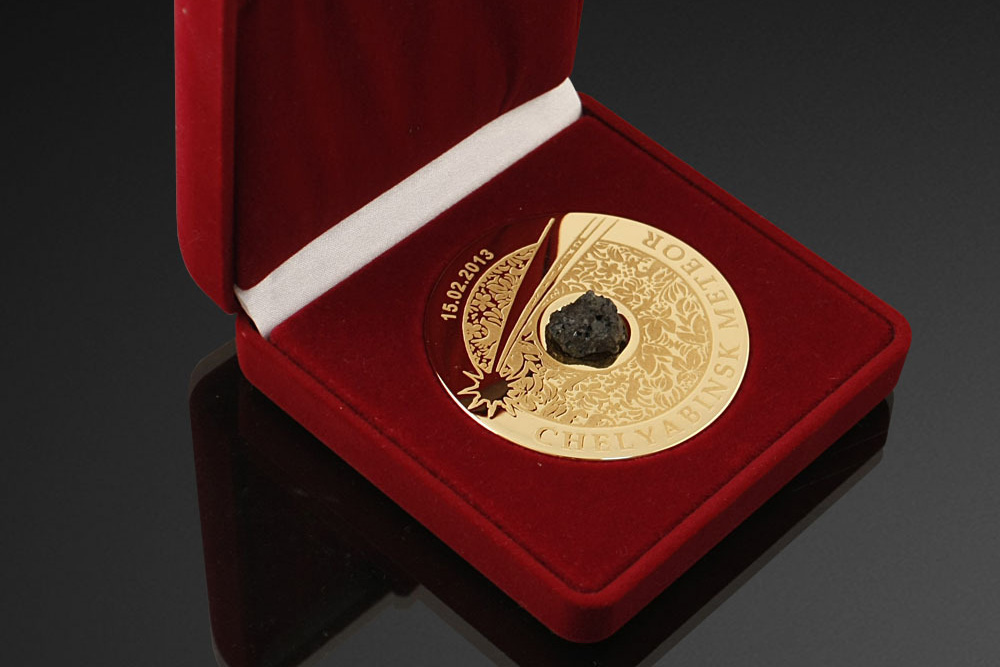 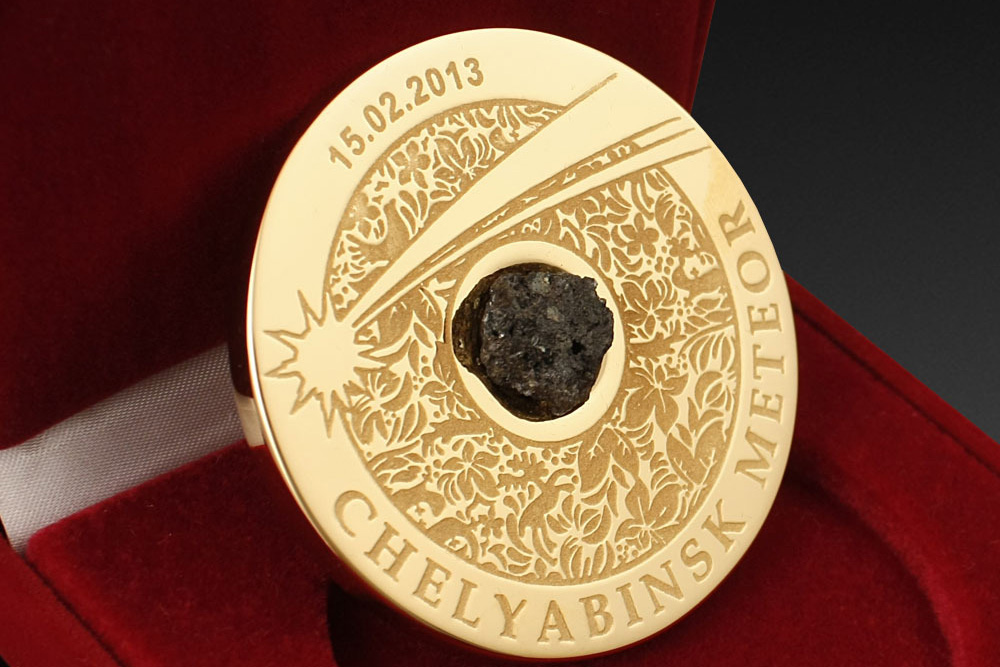 Gold Olympic medals are an amazing gift, but the first 10 Olympic champions have already won all the medals. You say what can be purchased from a meteorite for yourself or as a gift?

Masters prepared an amazing knife. The “Taimba” composition took the 1st place in the “Fantasy” nomination at the Artistic Products contest as part of the 27th international exhibition Blade – Traditions and Modernity 2013.

Graceful composition symbolizes a woman carrying a particle of the Universe through space. The blade is made of damascus steel using the iron of the Muonionalusta meteorite; the hilt, symbolizing the hand, has the “Chelyabinsk” meteorite fixed. The hilt is plated with black rhodium – a rare metal of the platinum group, the most expensive noble metal on the planet. 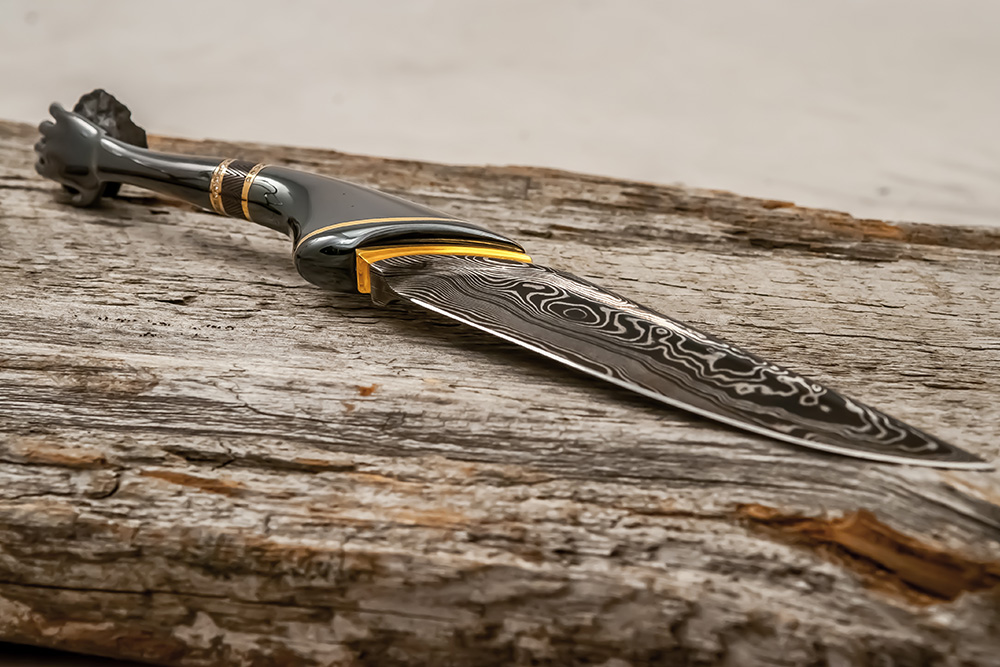 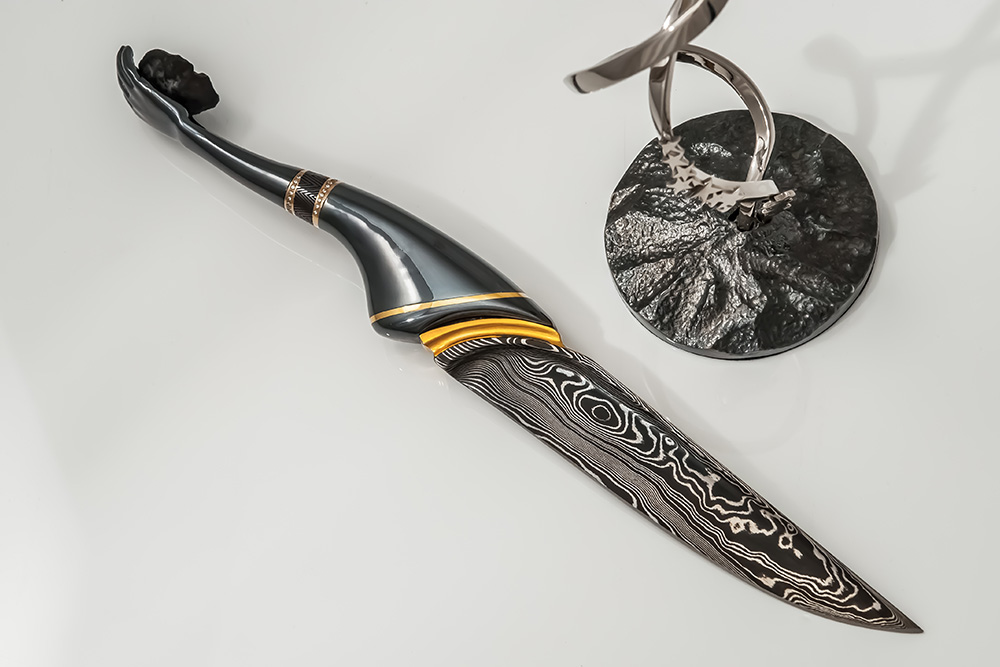 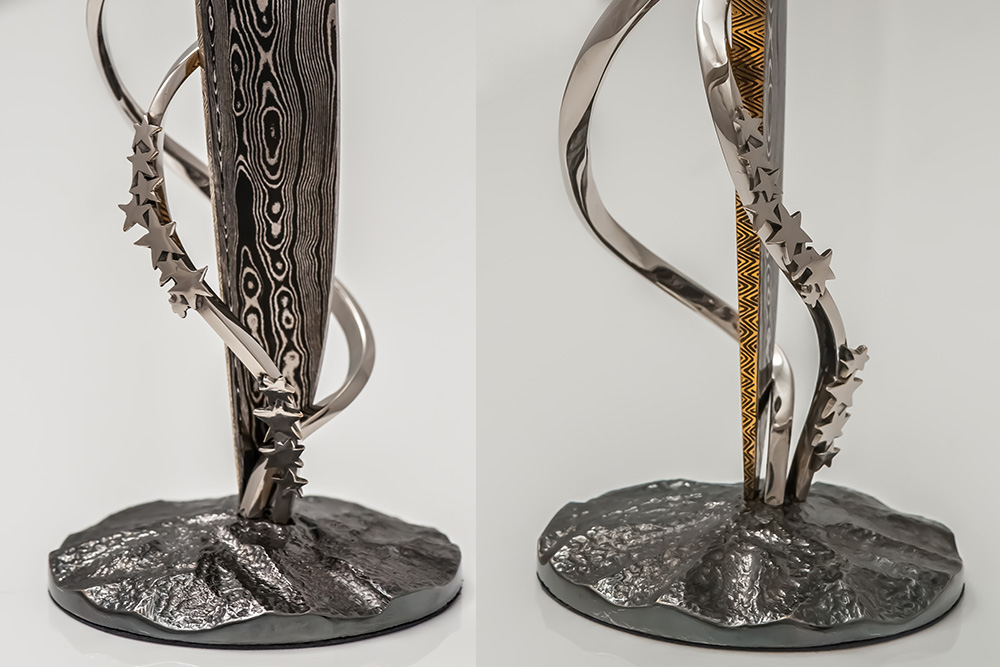 Buy a knife with a meteorite 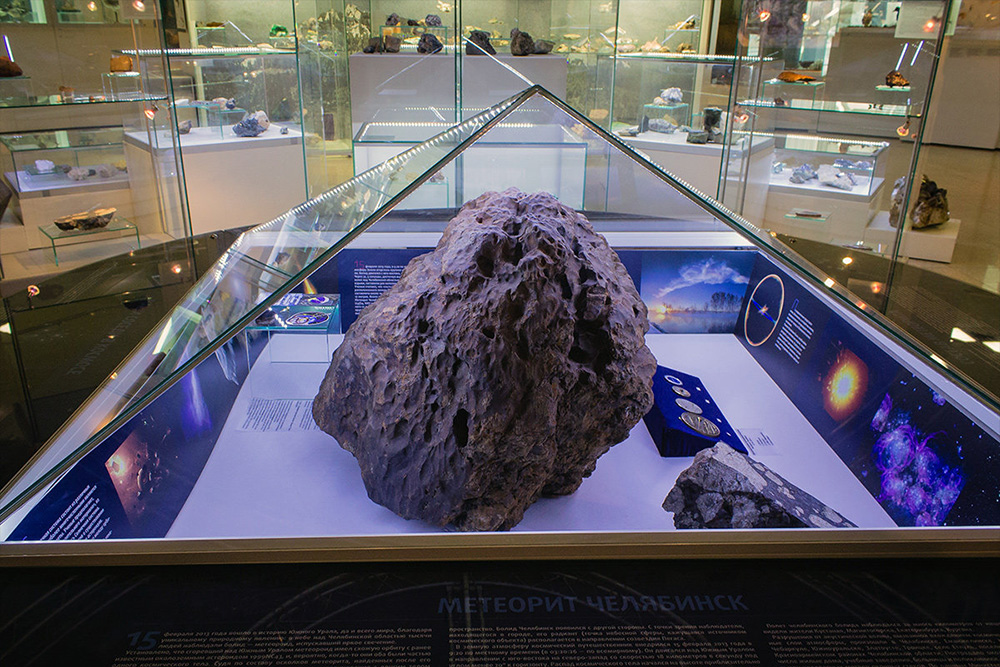 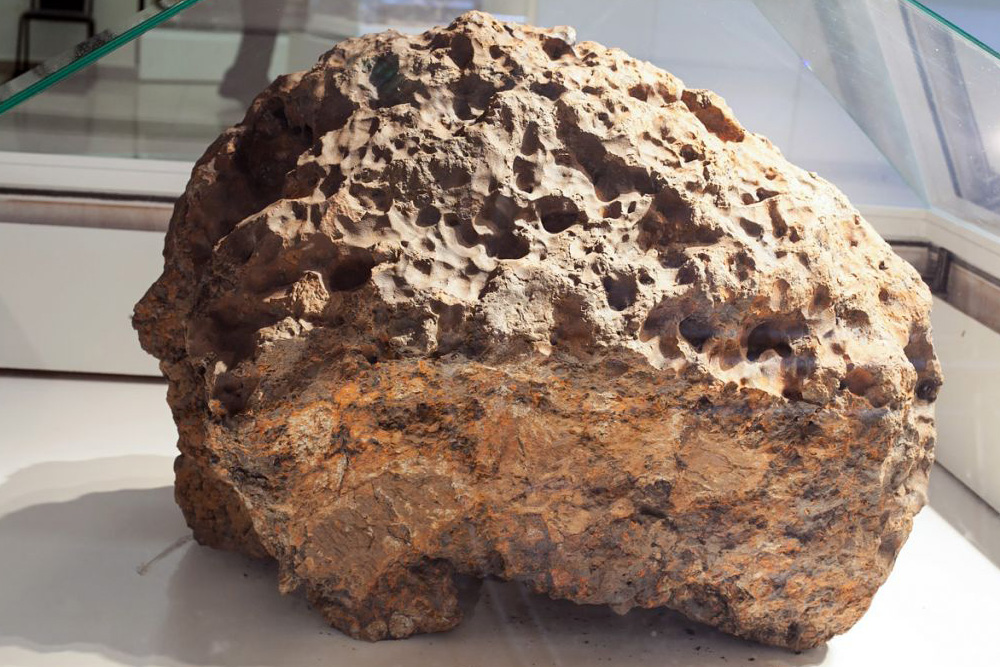 7 FACTS ABOUT THE METEORITE

NASA employees called Chelyabinsk the luckiest city on the planet – it survived after the explosion, whose power is equivalent to the power of about twenty atomic bombs that fell on Hiroshima.

The age of the mother’s body (the object, of which the meteorite was originally part, exceeds 4 billion years). This substance is the same age as the solar system.

Damage from a meteorite fall in Chelyabinsk amounted to 1 billion rubles. The number of victims – 1142

Most of the meteorite (99%) burned up in the Earth’s atmosphere. Its mass was more than 10 tons

The fragments of the Chelyabinsk meteorite were mounted in the center of 10 gold medals made by the Zlatoust masters for the Sochi Olympics. They were played on the first anniversary of the meteorite’s fall – February 15, 2014

The fall of the Chelyabinsk meteorite on February 15, 2013 is included in the category of events that happen once every 100 years.

The Chelyabinsk meteorite was raised from the bottom of Lake Chebarkul and is now one of the top exhibits of the State Historical Museum of the South Urals.

Footage of meteorite lift from Lake Chebarkul filmed by EuroNews

NASA video about how the Chelyabinsk meteorite fell

Exactly 40 years ago, in 1980, on the Soyuz-T-2 spacecraft piloted by cosmonauts Malyshev and Aksenov, the Zlatoust engraving (panel) ascended into space. This is... Continue reading

The presidential regiment in Moscow is armed with weapons from Zlatoust

Divorce of the Presidential Regiment on Cathedral Square of the Moscow Kremlin. This ceremony is one of the visiting cards of Moscow and the most... Continue reading

The biggest sword in the world

Zlatoust gunsmiths are famous all over the world! In 2013, they decided to conquer the world with sophisticated techniques for making a large damask sword.... Continue reading

A slide of weapons at the Arsenal Museum of the Zlatoust plant, 1910. Photo by S. M. Prokudin-Gorsky / wikipedia.org  4 March 1807, the emperor... Continue reading

Zlatoust: the home of Russian steel

Old and historic, Zlatoust is one of the most beautiful and visited towns in the southern Ural Mountains. It is the heartland of weapons manufacturing,... Continue reading