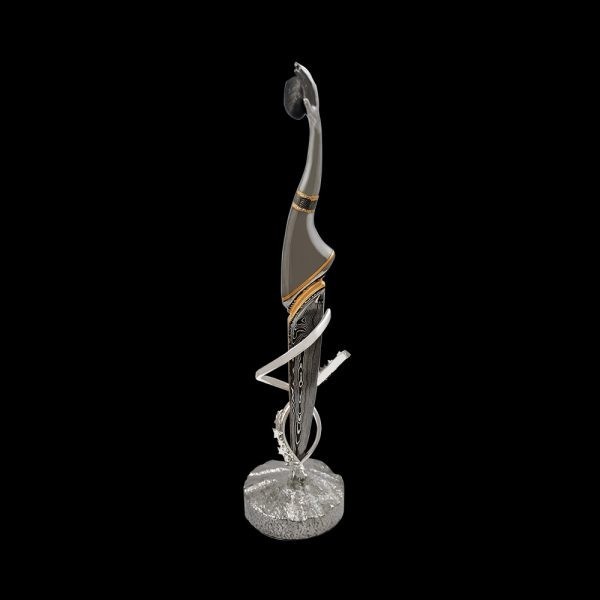 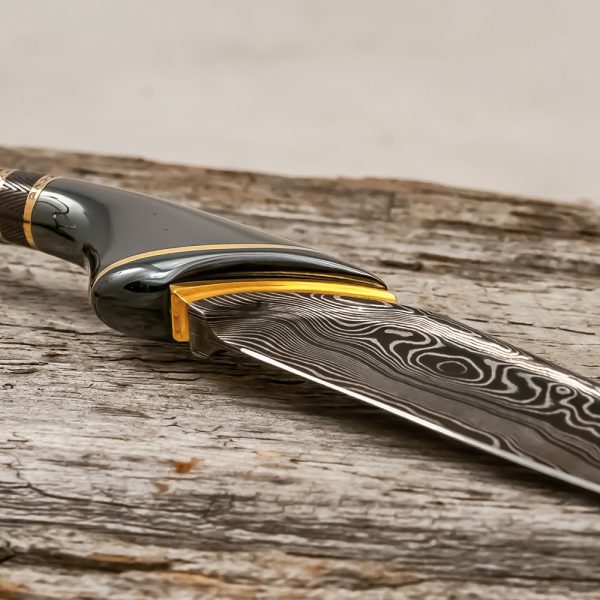 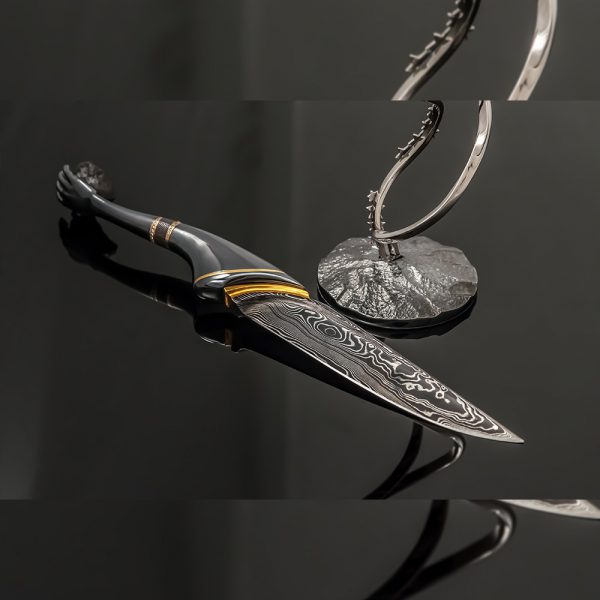 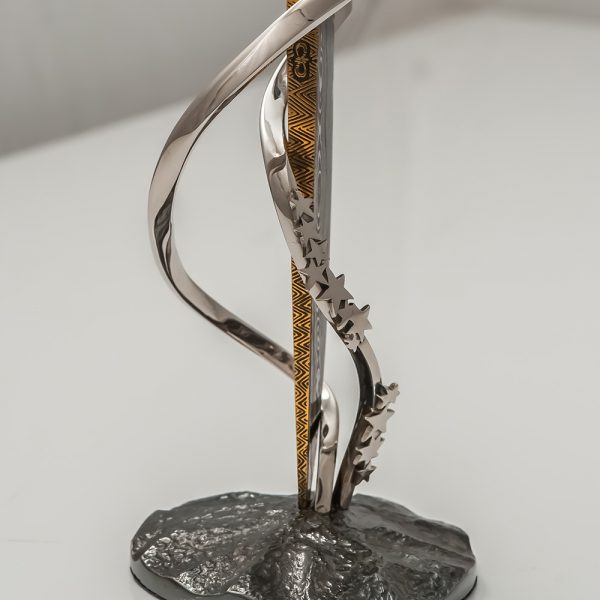 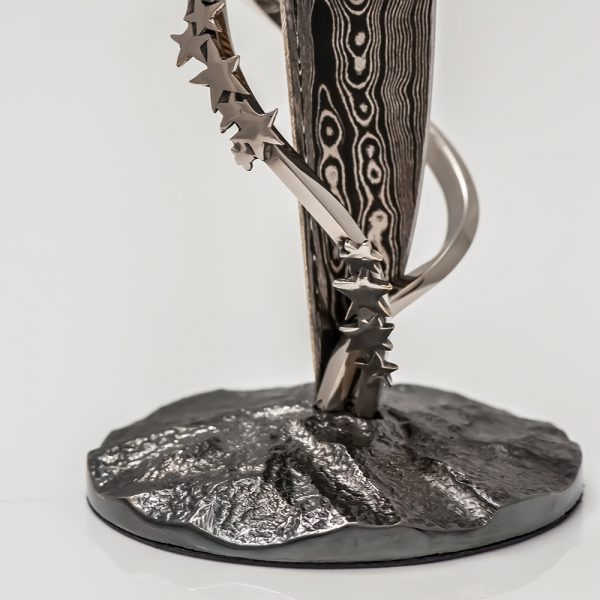 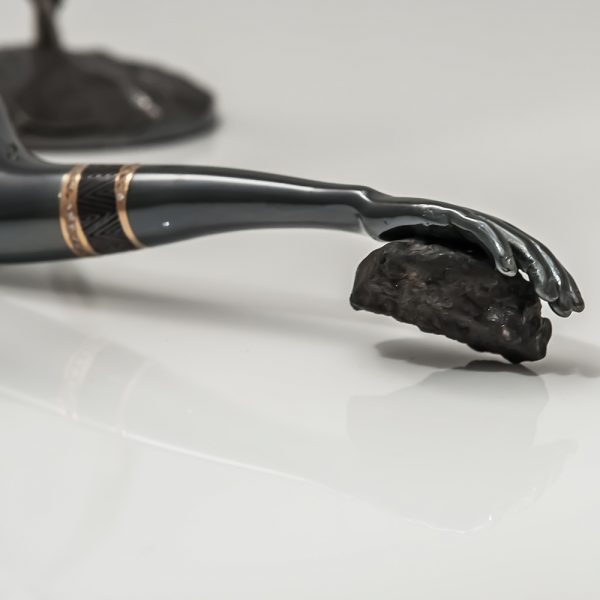 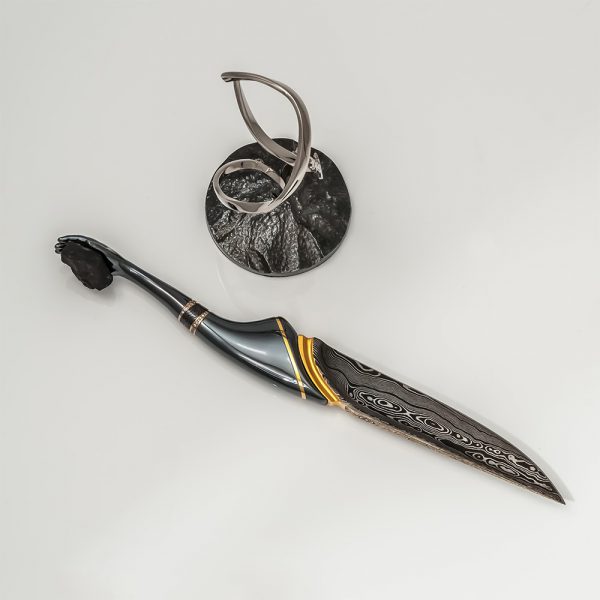 The “Taimba” composition took the 1st place in the “Fantasy” nomination at the Artistic Products contest as part of the 27th international exhibition Blade – Traditions and Modernity 2013. Read more about meteorite and products and it.

Graceful composition symbolizes a woman carrying a particle of the Universe through space. The blade is made of damascus steel using the iron of the Muonionalusta meteorite; the hilt, symbolizing the hand, has the “Chelyabinsk” meteorite fixed. The hilt is plated with black rhodium – a rare metal of the platinum group, the most expensive noble metal on the planet.

Where does such an exotic name come from? Taimba is a mythical woman who was found at the site of the Tunguska meteorite fall. She had blue-black skin, light blue eyes, and fiery red hair; she possessed a unique ability: she cured people of any diseases with her eyes. According to the sci-fi novel “The Burning Island”, Taimba arrived from a distant star in a spaceship that exploded over the Tunguska taiga.

Just as the story of the Tunguska meteorite fall is still shrouded in mystery and hypotheses about its origin, so the “Taimba” composition is fraught with the undisclosed laws of the Universe, it hides the cosmic depth and wisdom of ancient extraterrestrial civilizations.