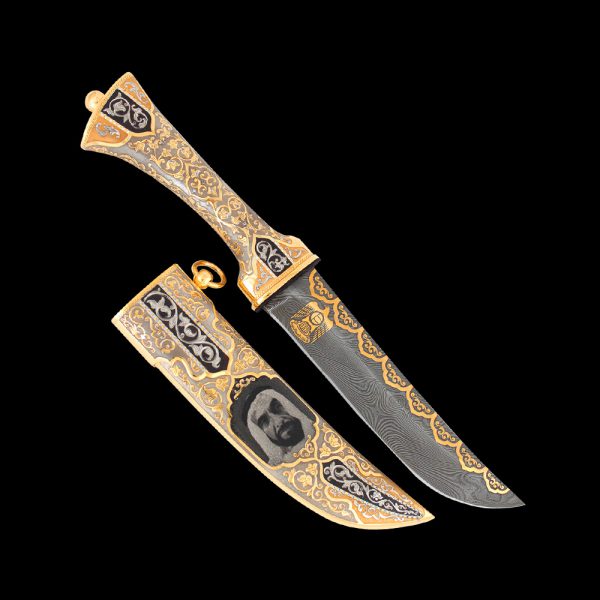 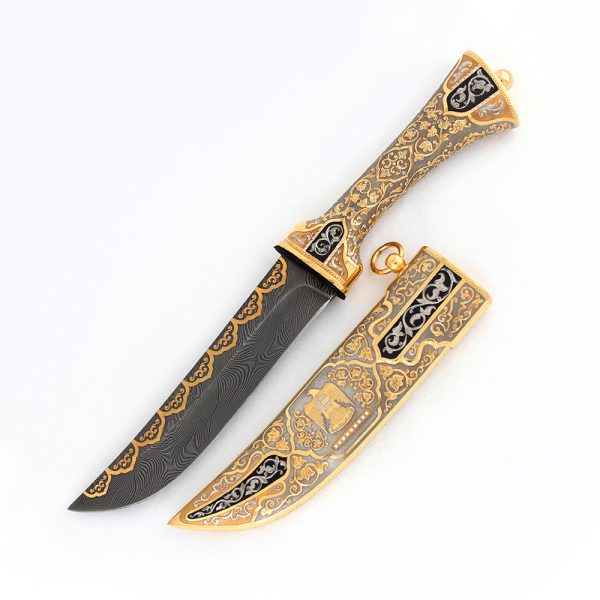 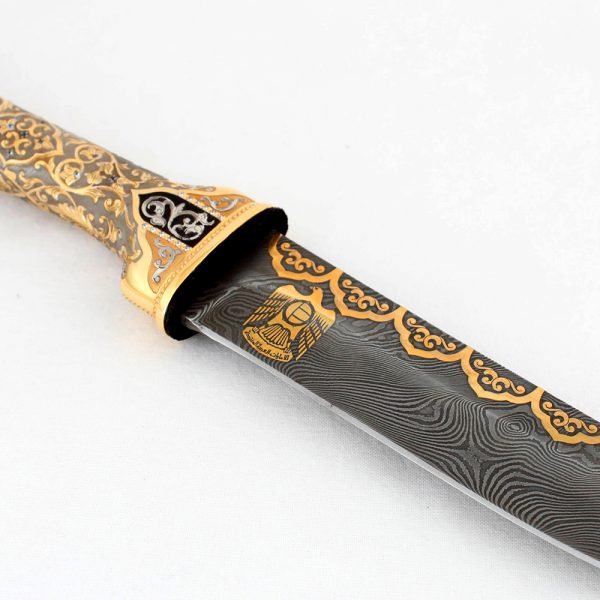 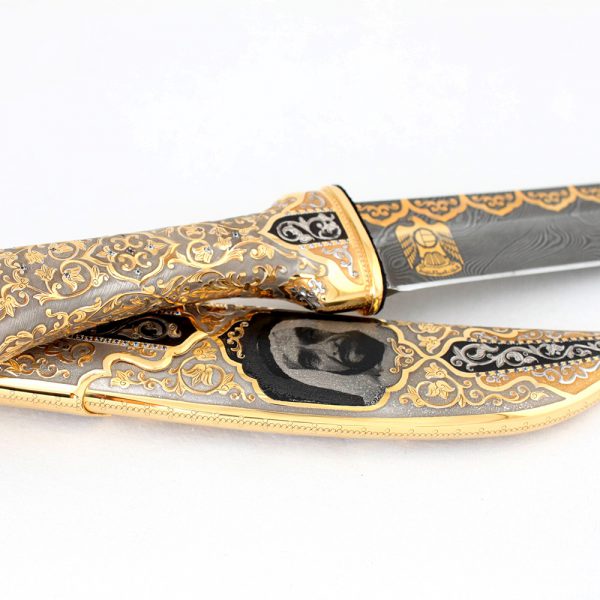 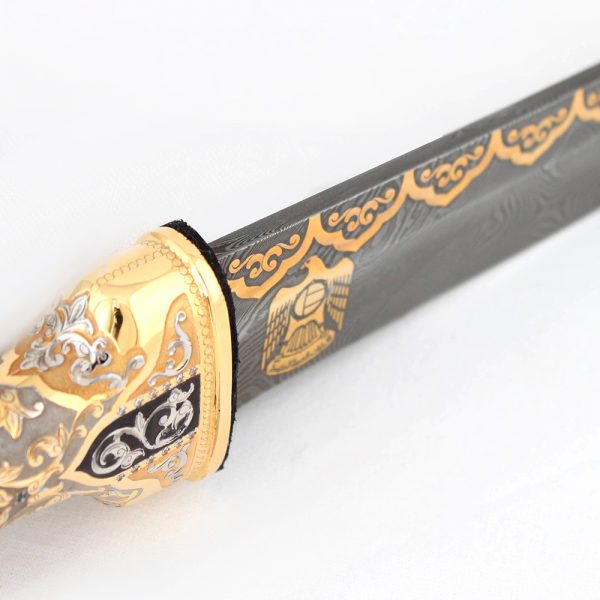 The knife with the scabbard was hand-made by Russian weapon makers under the traditions of the Armory factory founded in 1815 by the decree of the Russian Emperor Alexander I. The blade of the knife from damask steel is decorated with oriental ornaments and the emblem of the UAE. The jewelry is applied in pure gold using the Zlatous technique of metal engraving. The knife is equipped with a scabbard also plated with pure gold, decorated with hand engraving and the image of Sheikh Zayed. The knife is part of our series of knives dedicated to the UAE.

The works of Zlatoust masters are presented as gifts at the highest level to presidents and kings around the world. For example, the Mongolian government turned to the Zlatoust craftsmen to make a traditional Mongolian knife. The President of Mongolia handed over this knife as a gift to Russian President Vladimir Putin at the 2017 Eastern Economic Forum.

The knife is completed with a gift wooden box.