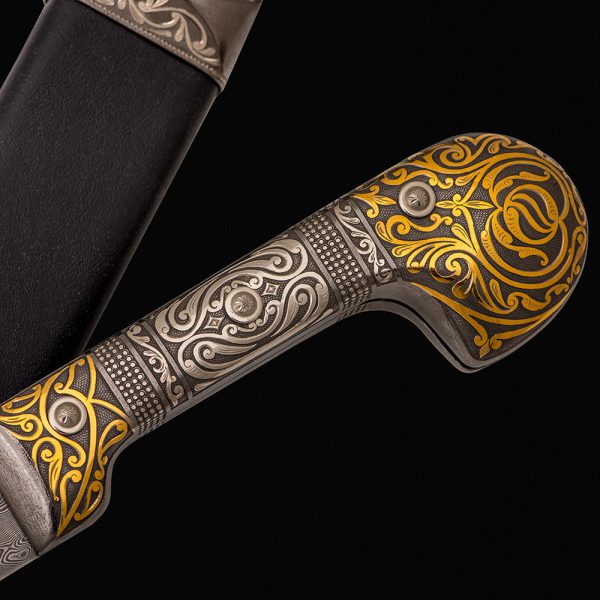 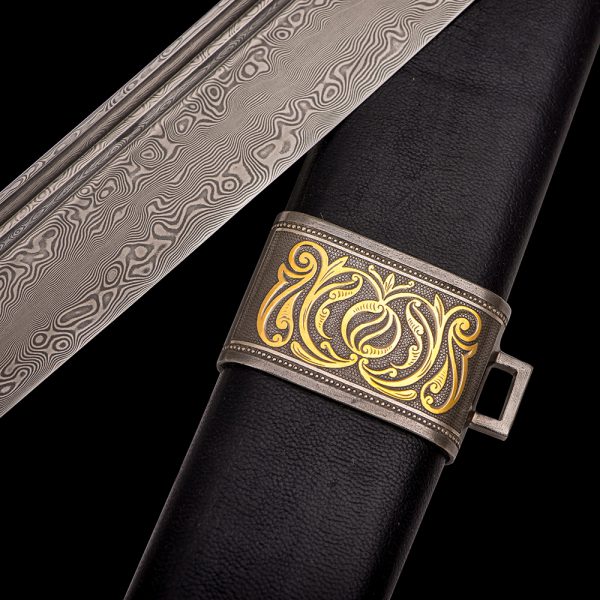 A cavalry sword is a kind of saber, its name is of Circassian origin and means “long knife”. In written sources, the word “shashka” (cavalry sword) was first used by Giovanni de Luca in 1625, when describing the weapons of the Circassians.

In the eighteenth century and in the first half of the nineteenth century, Circassian nobles, especially Kabardians, continued to wear armor of a chain mail shirt and mittens, plate elbow pieces and a high helmet with a chain mail chain lowered down to the shoulders. Sabers with a long blade and a strong bayonet end were designed to puncture chain mail. Along with them, there was a need for lighter weapons, a long knife – shashka – appeared. This weapon was designed to repel a sudden attack: the cavalry sword was carried on the sword belt in such a way that the warrior took it out of its scabbard with one movement, and, without changing the position of the hand, delivered a blow. In the XVIII century, due to the widespread use of firearms, chain mail was used less and less, and the need for a saber with a bayonet end disappeared. So, the saber remained the only type of long-bladed cold steel weapon. The earliest known Circassian cavalry sword, dated 1713, is kept in the State Historical Museum.

The blade of this Circassian cavalry sword is made of Zladinox damask steel. Blade is of slight curvature, single, with two narrow fullers. The grip consists of one hilt with a doubled head, without any protective devices. The hilt top is brass, doubled. The scabbard is wooden, covered with leather, with rectangular elements of a clip for passing belts of the sword belt on the convex side to suspend the cavalry sword in a Caucasian way with the blade back. The scabbard consists of a mouth, a nut and a tip. All elements of the cavalry sword and scabbard are decorated with Caucasian ornament, plated with gold and rhodium, which gives the Circassian checker a formal and noble appearance.