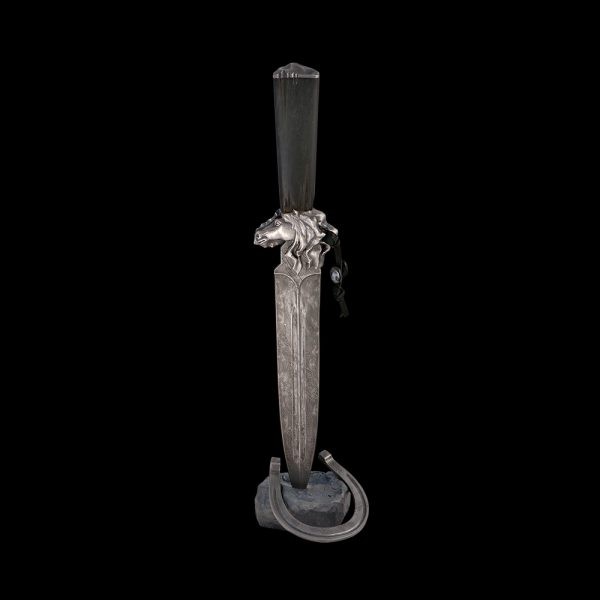 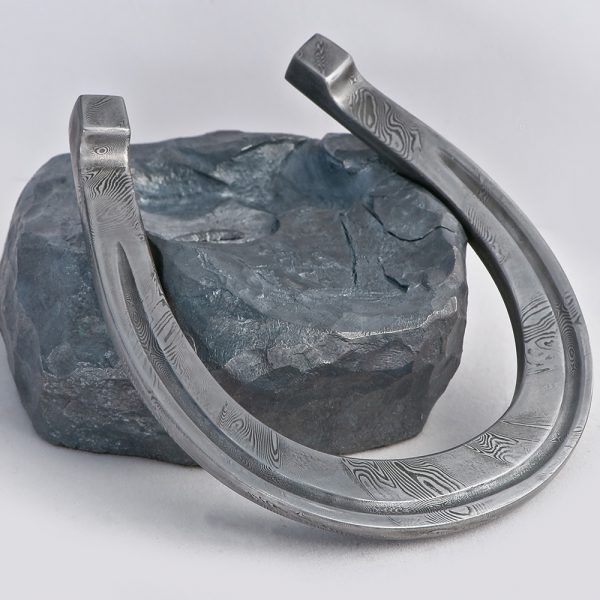 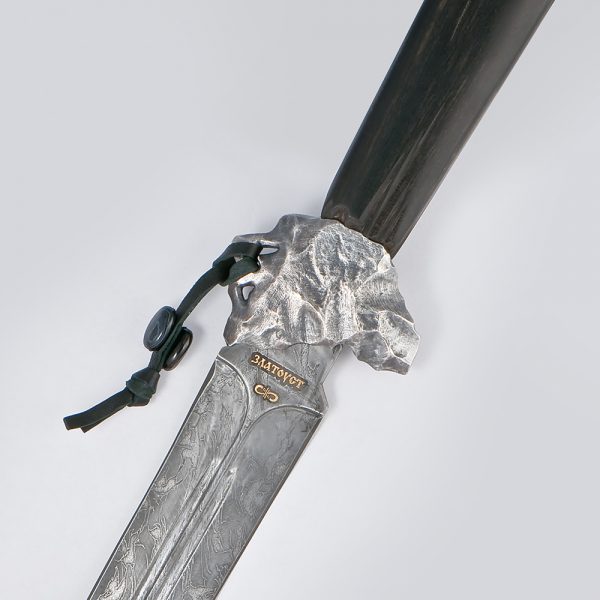 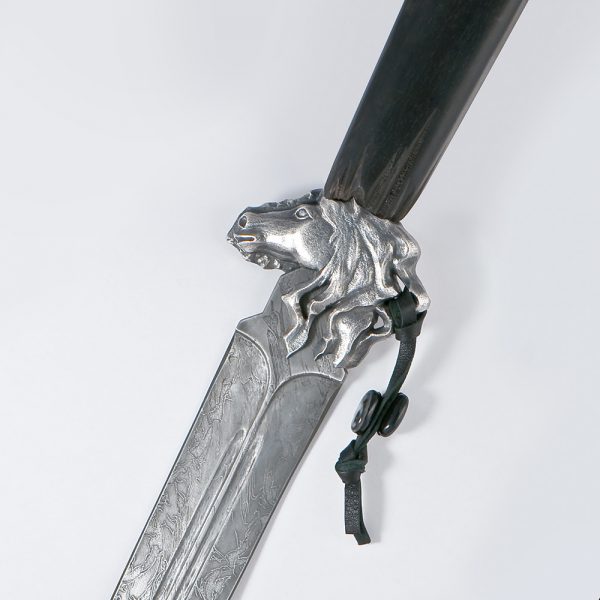 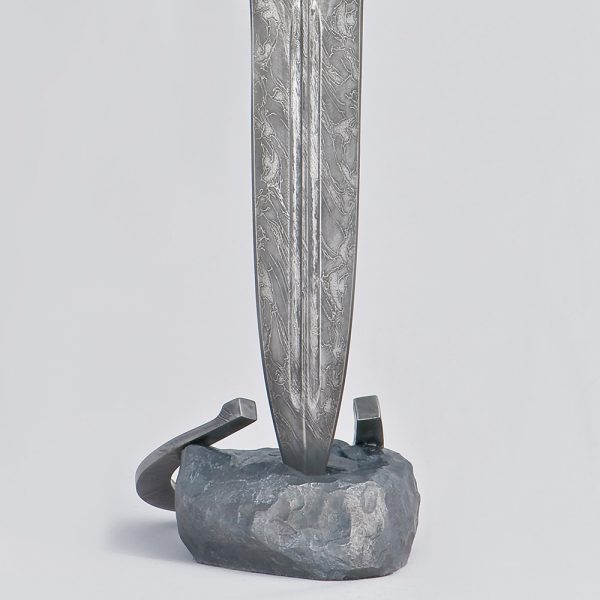 The “Quick” dagger took 1st place in the competition of the exhibition “Blade – Traditions and Modernity 2010” in the “Artistic Damask Steel” nomination.

The “Quick” dagger was born from a blade which was one of the first made by Vladimir Gerasimov in 2010, a metallurgical blacksmith who established the production of his own damask steel under the Zladinox trademark in Zlatoust. The blade has two fullers and a stiffening rib, the damask pattern is unusual in the fact that an attentive viewer sees the subtle winged horses in it. The dagger’s guard is made in the shape of a horse’s head with a flowing mane and a pigtail “woven” into it with a guard amulet made of agate. The front part of the horse is covered with silver, it is clearly detailed, up to the expression of wise eyes.

The hilt is made of ebonywith lines drawn resembling rocky ledges and crevices in the rock. The top is made in the form of a gently sloping mountain, a relief similar to the Ural Mountains which the ancient geographers called Riphean.

The dagger is mounted on a piece of metal representing an ancient boulder. The dagger is complemented by a lucky horseshoe, also forged from damask steel. The horseshoe is not accidentally located with its horns up – this should hold good luck, peace, prosperity.