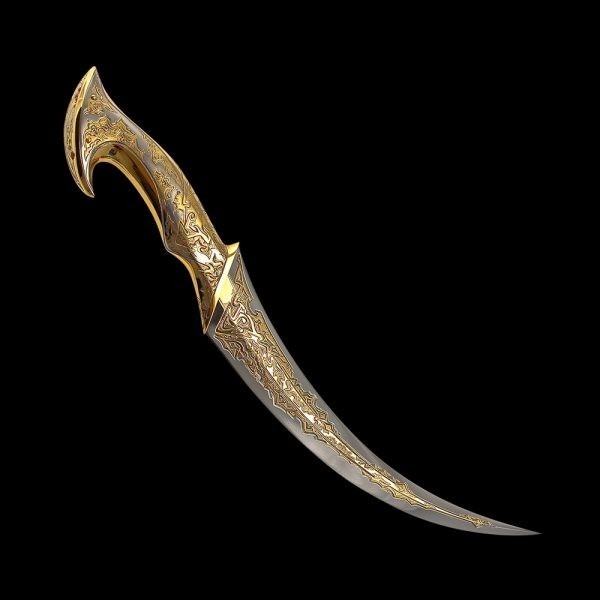 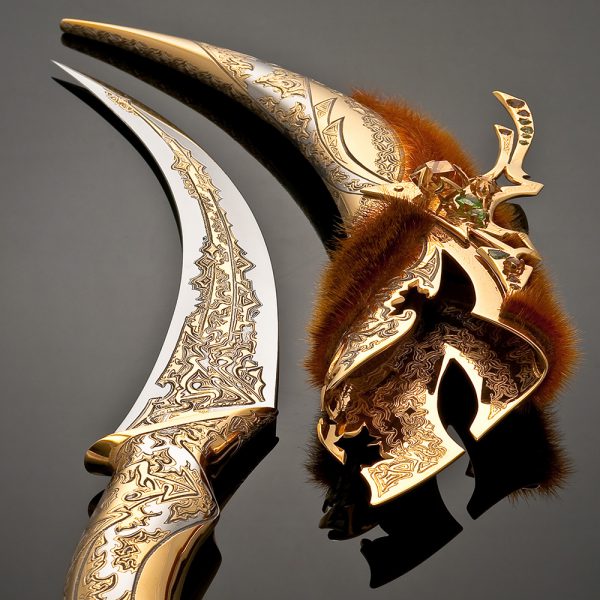 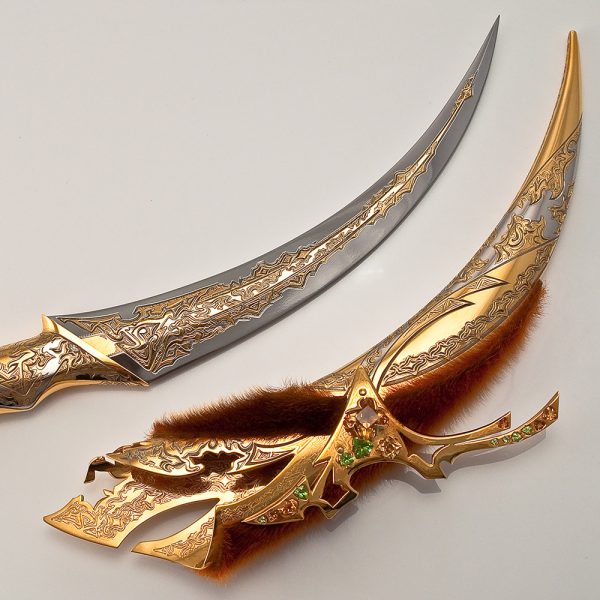 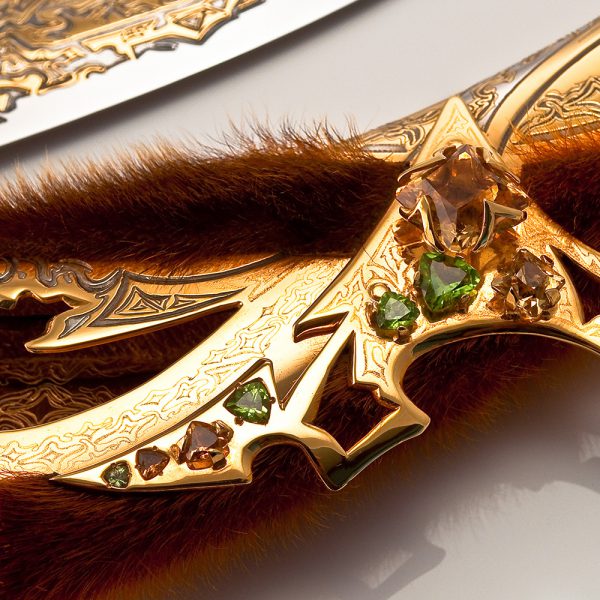 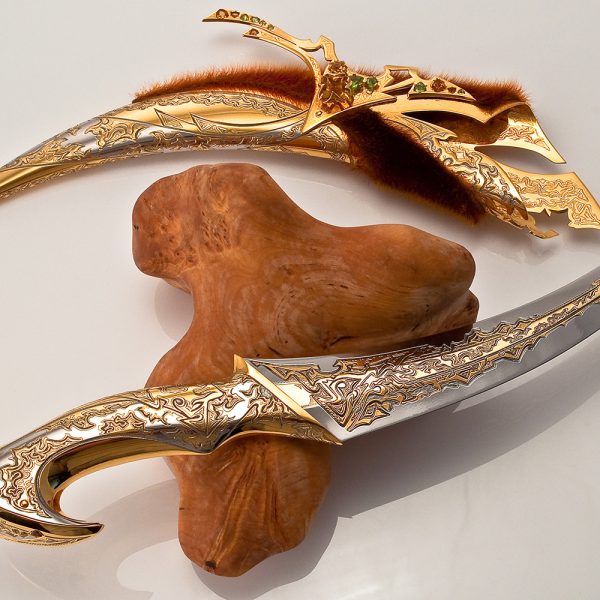 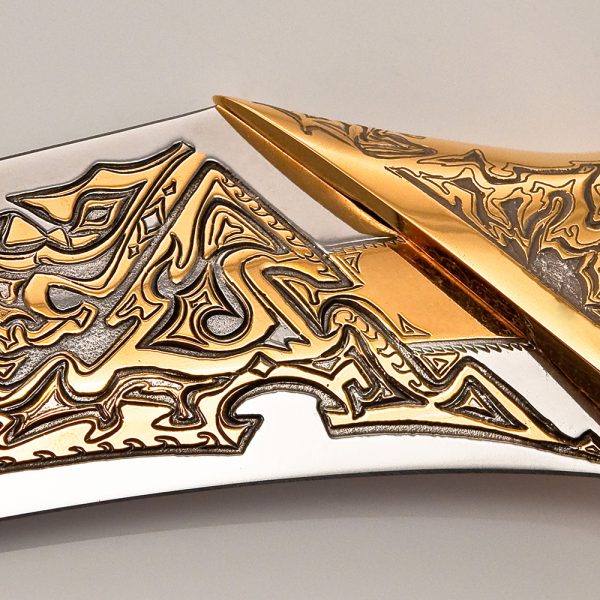 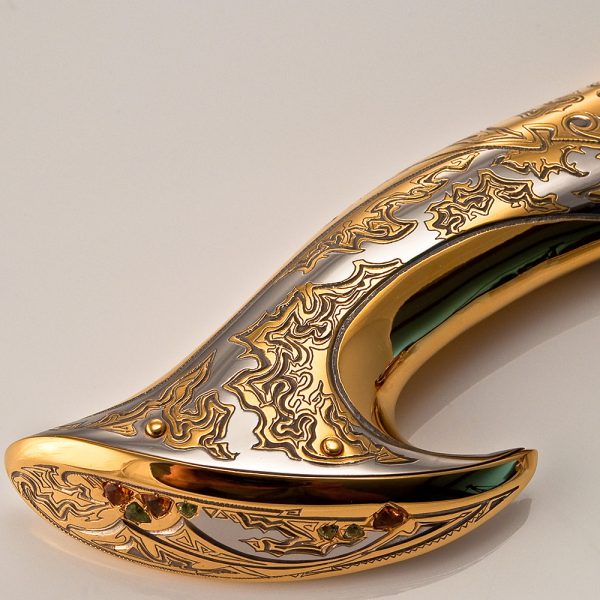 Unusual shape and image of the scabbard reminds of a royal lush outfit with a wide collar, successfully emphasized by an insert of noble fur. The onslay complements this outfit, like a breast ornament decorated with stones that emphasize the status of the owner. The product depicts rhythmic elements in combination with an abstract pattern that excites with its plastic play. With this composition, the artist showed the woman’s most powerful weapon – her beauty.

This item is a work of decorative art made in the traditional technique of Zlatoust metal engraving, using galvanic methods of etching, gilding, nickel plating. The dagger also reflected the original combination of jewelry stones and seal fur. The prototype for the composition was a mythical creature – the Valkyrie. In Scandinavian mythology, the Valkyries are beautiful warrior maidens who invisibly take part in battles, granting victory to those to whom gods confer it, taking the souls of fallen soldiers from the battlefield to the heavenly kingdom by the will of the same gods. The main idea of creating a dagger follows from here – to transfer the warrior maiden image directly to cold steel. Softness and tenderness of the virgin are expressed in the smoothness of lines and grace of shape, and the inconsistency – i sharp angles and blade.

The “Valkyrie” dagger will be a successful and original gift to a female leader, businesswoman, independent and freedom-loving friend, colleague, beloved wife.