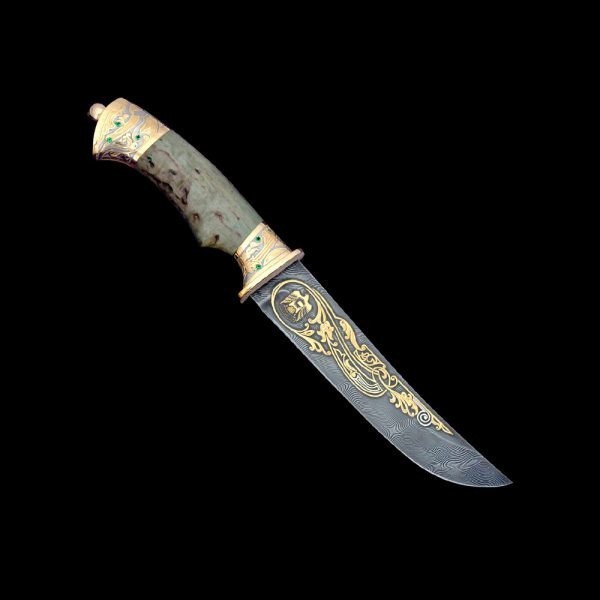 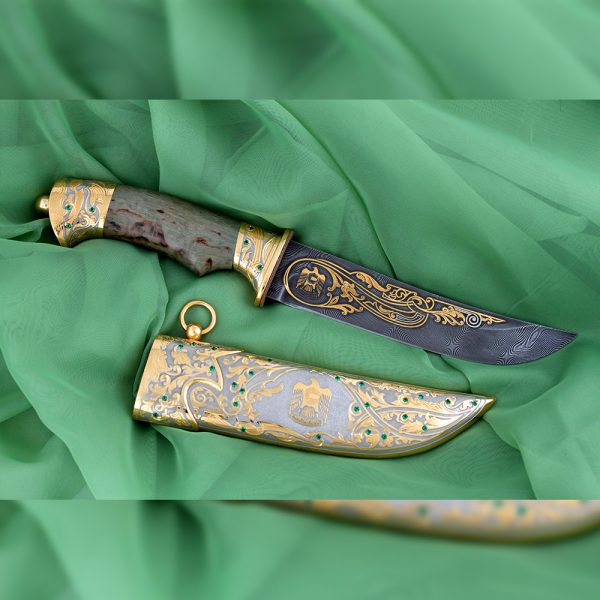 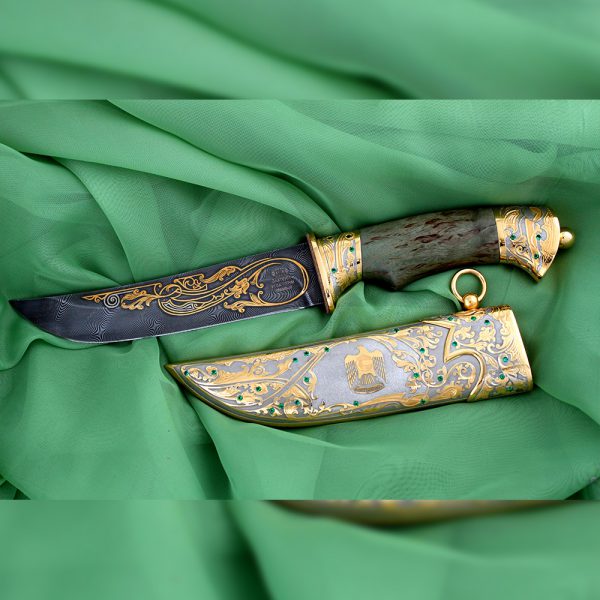 A knife in stylish packaging is a universal gift for a man.

The knife hilt is made of stabilized wood. Such a hilt has improved operational properties due to impregnation with a special polymer composition to the entire depth which gives it a green tint.

The blade is made of damask steel. The scabbard is decorated with engraving, gold and stones. It has a belt ring.

For more than 200 years, Zlatoust weapon makers have been making knives, ranging from simple utility ones to award knives of noble materials. The owners of knives are the first persons of the states. For example, the Mongolian government turned to the Zlatoust craftsmen to make a traditional Mongolian knife. The President of Mongolia handed over this knife as a gift to Russian President Vladimir Putin at the 2017 Eastern Economic Forum.

The central element of the scabbard and the blade is the golden emblem of the UAE. The emblem of the United Arab Emirates depicts a yellow falcon — a symbol of autocracy in the country, most of which is occupied by the desert. The plumage symbolizes the seven emirates — seven feathers.

Let this knife bring your friend good luck in the hunt, become the most reliable assistant and comrade during the rest. It will take a worthy place in the home collection of weapons.