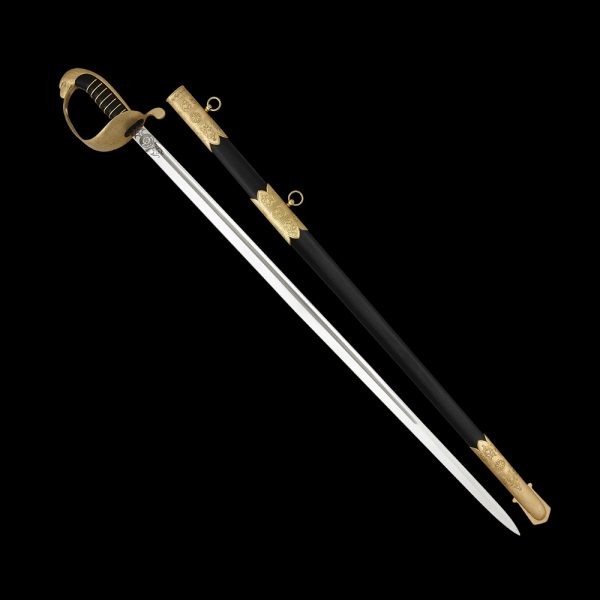 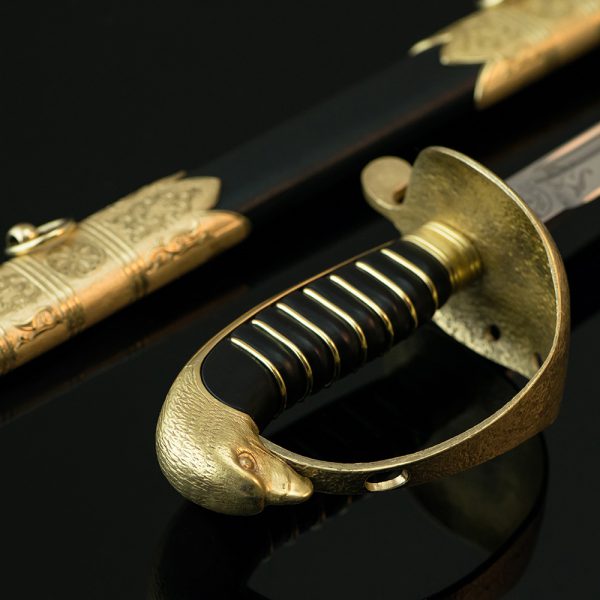 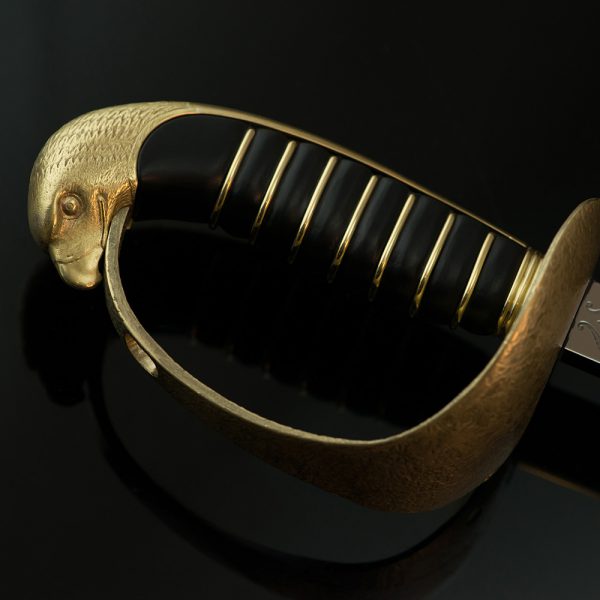 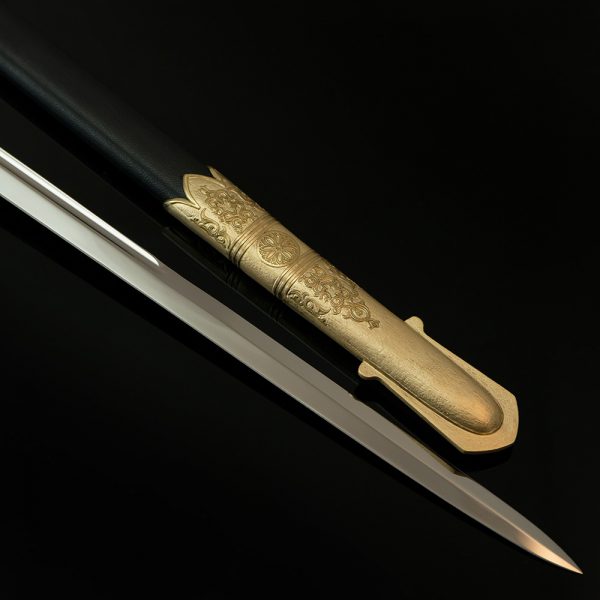 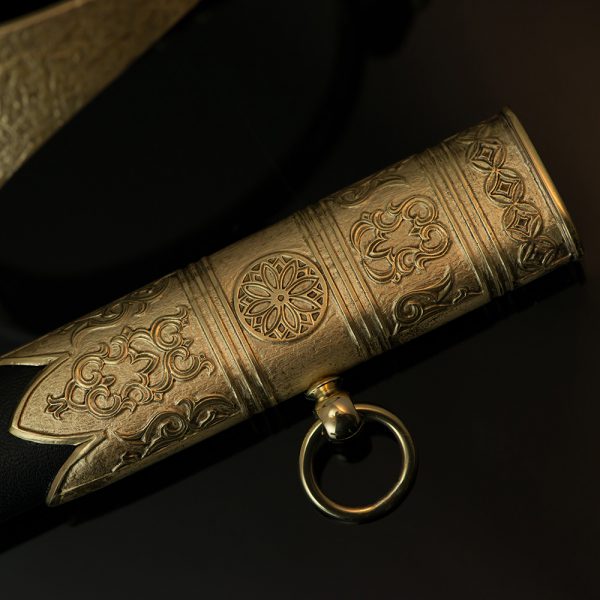 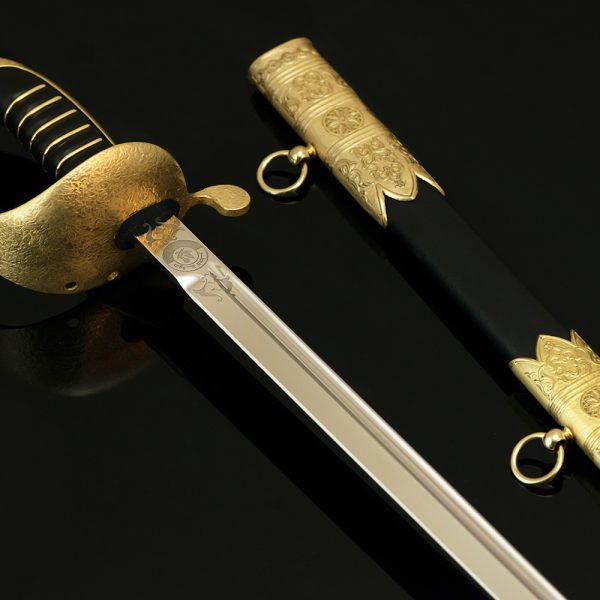 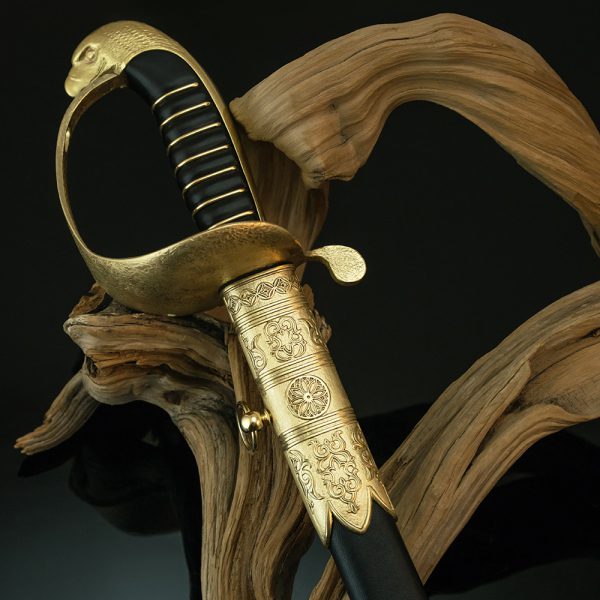 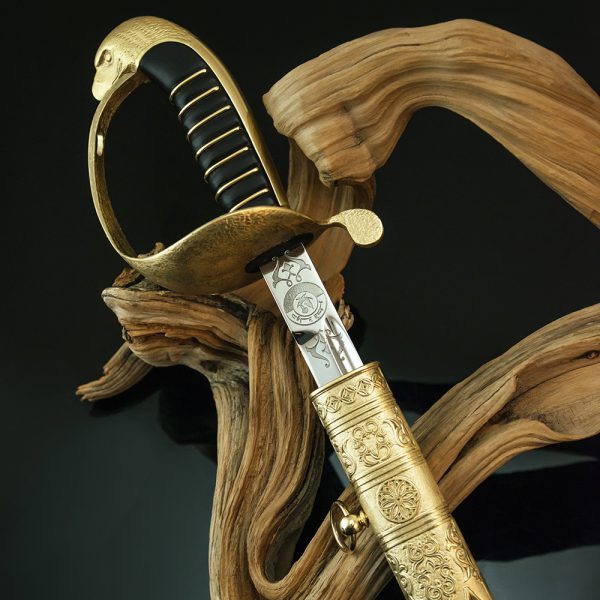 The souvenir smallsword produced by the Zlatoust masters has a steel blade with one fuller. Heraldic signs in the spirit of medieval Europe are etched on the blade. The guard consists of one bow, bowl and wooden hilt; the top is made in the form of an eagle’s head. The scabbard includes a mouth, a collar and a tip decorated with European ornaments and made using the art casting.

At the beginning of the 15th century, the smallsword first appeared at the court of the Spanish and some Italian princes, where it generally replaced the dagger. It was in Italy that the art of fencing was born, no other weapon can be compared with a sword due to the convenience of handling it. For this reason, the greatest attention in the smallsword is paid to protecting the hands. Spain, Italy, and later Holland and France in the sixteenth and seventeenth centuries competed in making sophisticated accessories for the most complete hand protection. The first hilts in the XV century had simple guards with long, straight crosses, first with one outer protective ring, and later with two, on both sides of the blade. Then added the bows and the lower guard rings which protruded far down to provide better protection for the hand when parrying the blow. Such constructions are associated with guards made of arches like a “basket”, often of bizarre shapes. Only from the middle of the XVI century and at first only at Italian court, finger bows words, and with them the so-called stitching sheets, one-sided, and more often two-sided, which were more common in Italy. In all these shapes, sometimes very different from each other, the master weapon maker showed thorough consideration of the possible coincidences of the duel.

Despite these special types of practical application, the smallsword eventually became a part of the court accessories and gradually lost its significance as a weapon in that capacity. It became an attribute of dignity, a hallmark of the upper class. Having become an item of jewelry, it should be evaluated only from the point of view of the history of art.

A souvenir sword can be a good gift to a person who, by the nature of his activity, is involved in the management of the state and society, as a symbol of power, courage and nobility. 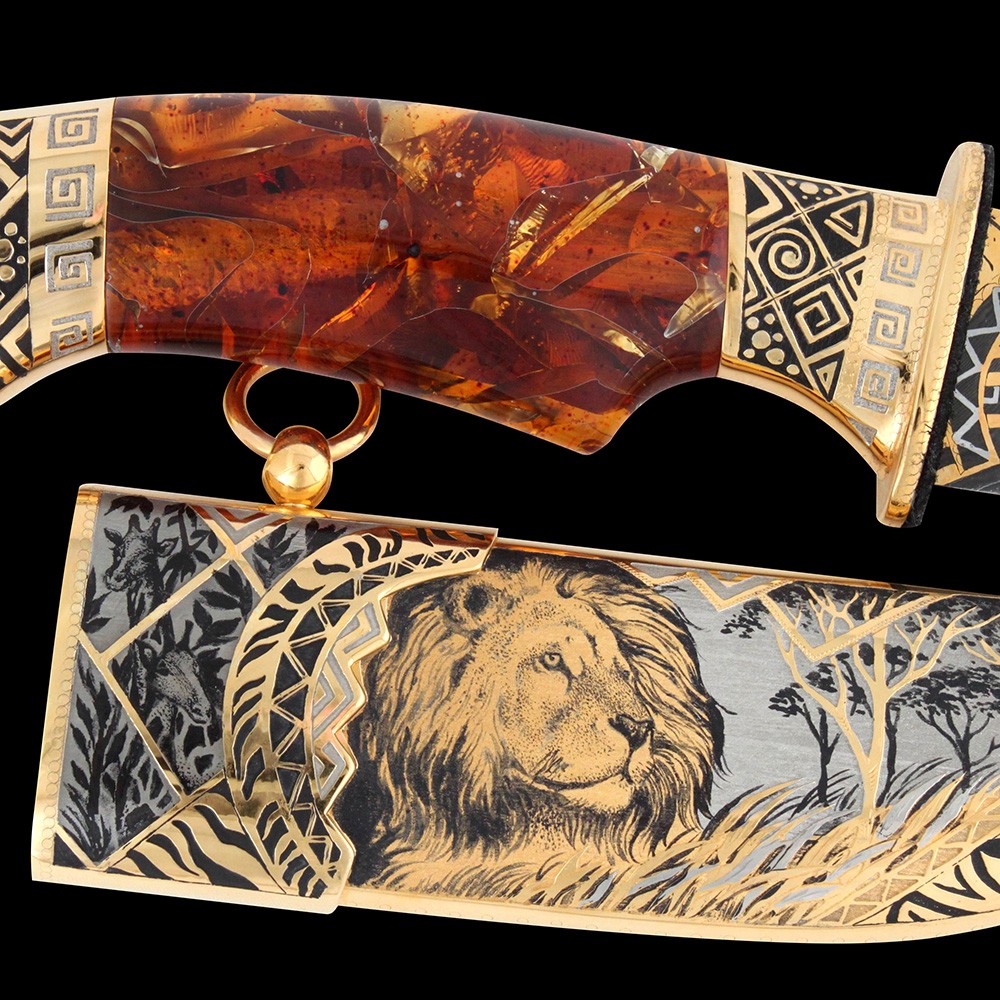