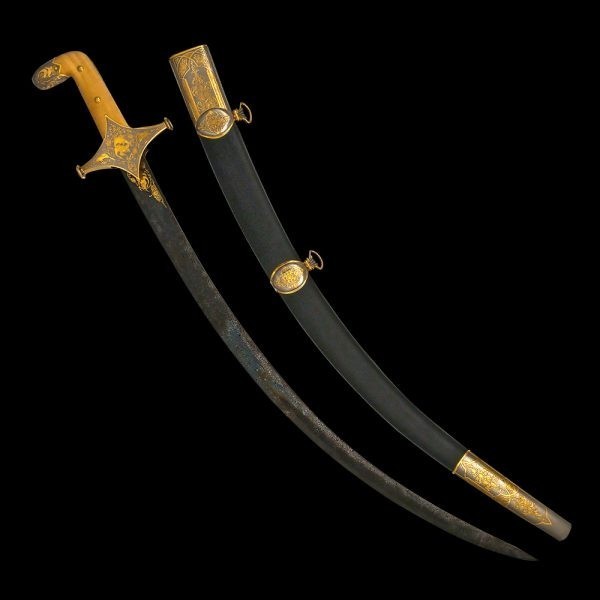 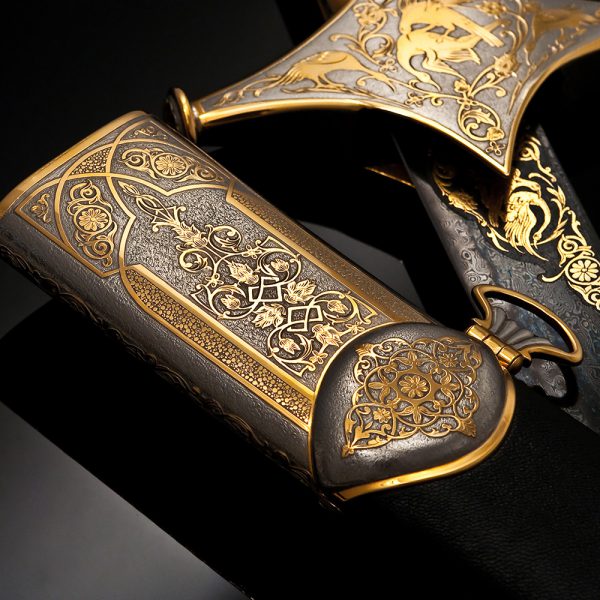 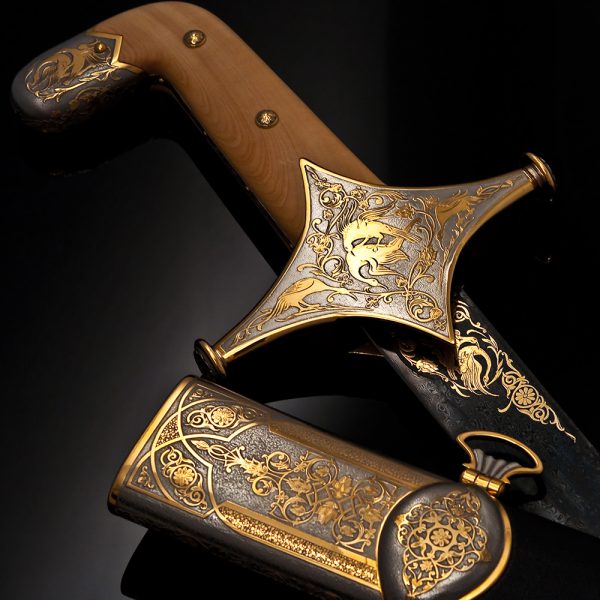 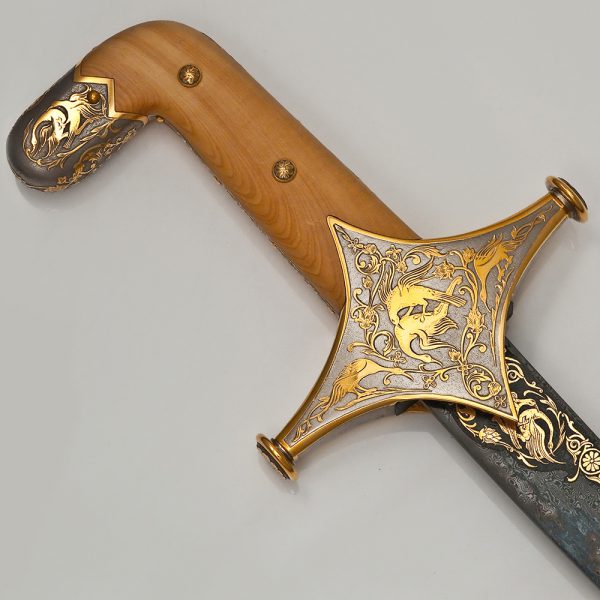 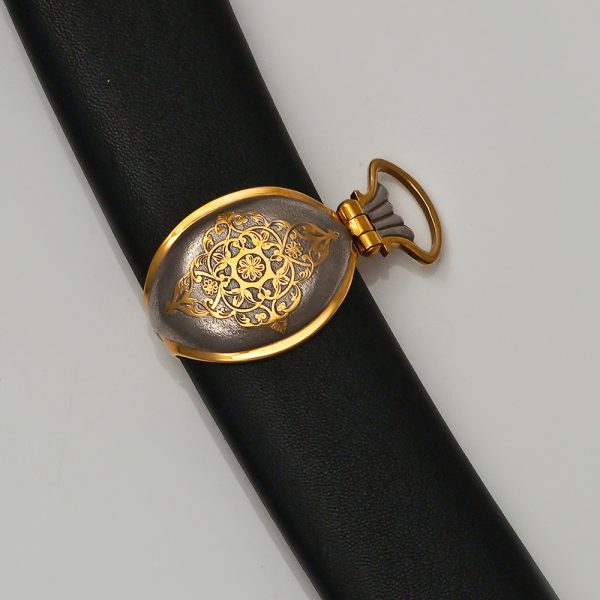 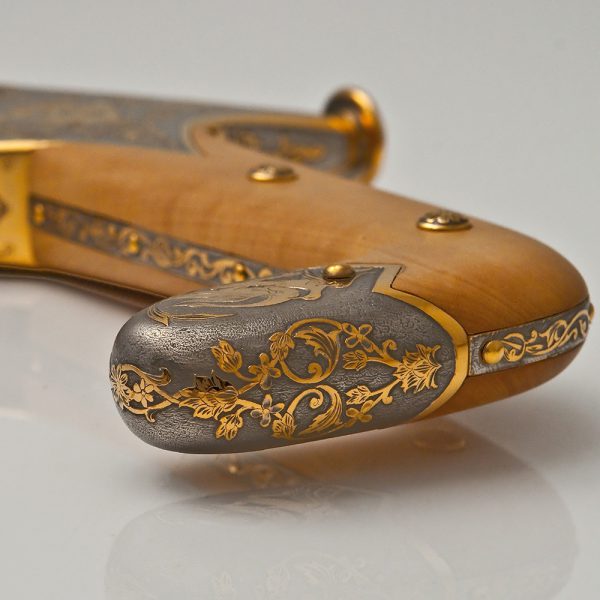 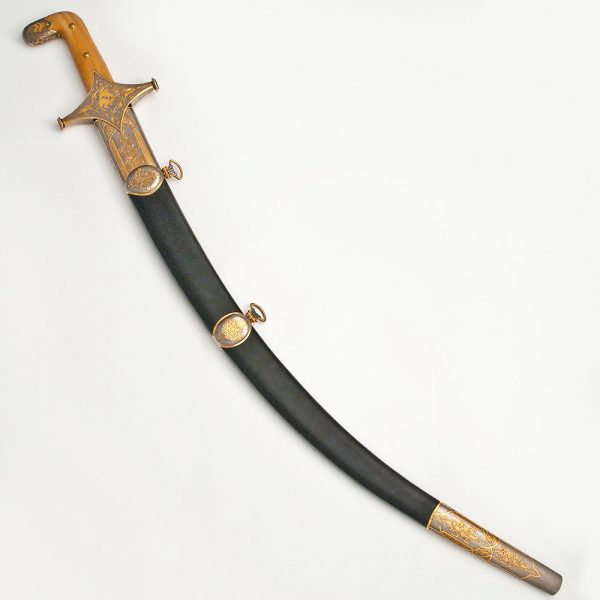 Shamshir (shemshir, samshir, shamsher) is a saber of the Indo-Iranian region, spread from Morocco to India. A peculiar form of shamshir developed in the XVI – XVIII centuries. The name of the saber means “Lion’s Claw”, associated with the characteristic shape of the blade.

Such a curved shape is caused by functionality and improved combat properties when striking from above in battles with enemy infantry. Shamshir is ideally suited for rider warriors. In Europe, shamshir became known as the “Persian Saber”. The best blades were made from the Indian Wutz alloy delivered to Damascus by caravans and was the subject of active trade between India and Arabia. In those days, such blades were called “real Damask.”

Shamshir hilt includes two boxwood cheek pads. The hilt is light, short, with a slight bend under the little finger, its upper part is curved towards the blade. This form once provided the warrior with a good grip, so it was extremely difficult to get such a weapon out of the owner’s hands. The handguard of the ommon cross-shaped form. The blade, handguard and cap on the hilt are decorated with floral ornaments and a repeating scene depicting the attack of a bird of prey on a defenseless bird.

Shamshir made by the Zlatoust masters is a souvenir long-blade weapon decorated in the style of Zlatoust metal engraving.