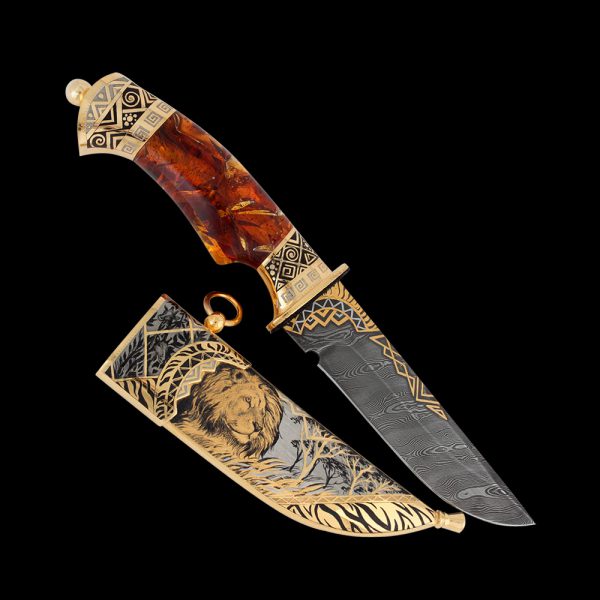 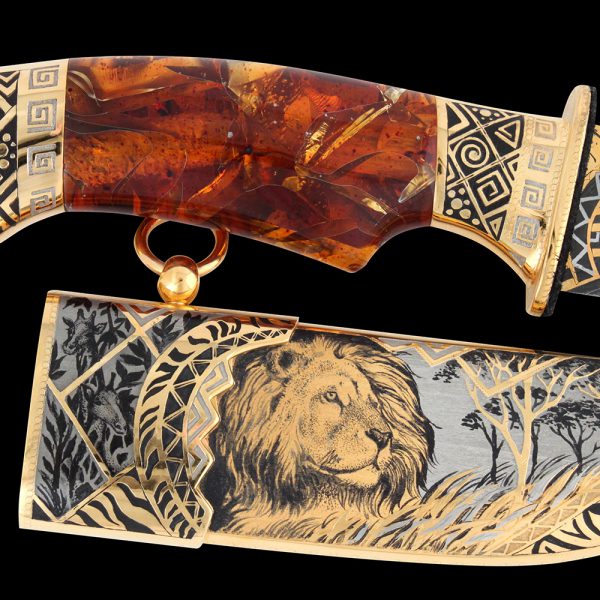 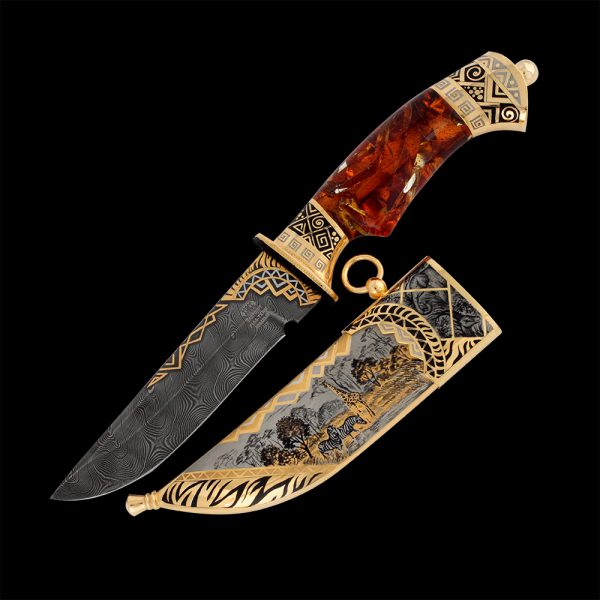 A decorated knife is a gift, an unsurpassed souvenir and part of the a man’s image.

You can present the “Lion” knife to a confident man worthy of the most valuable offerings. Lion is called the king of animals, it is one of the most common symbols of strength and greatness for thousands of years. General symbolics: divine, solar energy (symbol of fire and the Sun), royal power, strength, courage, wisdom, justice, patronage, protection.

The blade of the knife is forged of damask steel. Damask steel has something attractive, it is noted by both experts and just lovers of metal items. This is both beauty, a raid of centuries of history, and the originality of the resulting patterns. A resin hilt with an amazing pattern is eye-catching. The guard, top and scabbard are made of metal. They are decorated with sophisticated technique of Zlatoust metal engraving. This technique involves a process of layer-by-layer applying a pattern on metal.

For 200 years, Zlatoust masters have been improving and keeping their technique secret. It is believed that this technique appeared in 1815, since the arms factory was established. By decree of the Emperor of the Russian Empire, over 200 of the best weapon makers from Germany arrived in Zlatoust. But in the tradition of foreign masters, the decoration of blades was limited to a few symbolic patterns. There was no uniform composition, and almost no embossed relief gilding. We owe the emergence of the original art of the Zlatoust engraving to the Russian masters Ivan Bushuev and Ivan Boyarshinov. The talent of these engravers is rooted in the Stroganovs’ icon painting school. And already fro 1829, Zlatoust engraving has repeatedly got commendable feedbacks and high awards at international exhibitions.