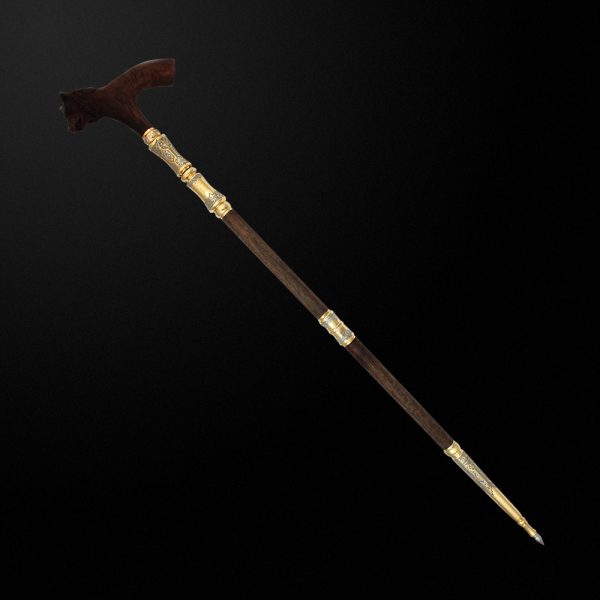 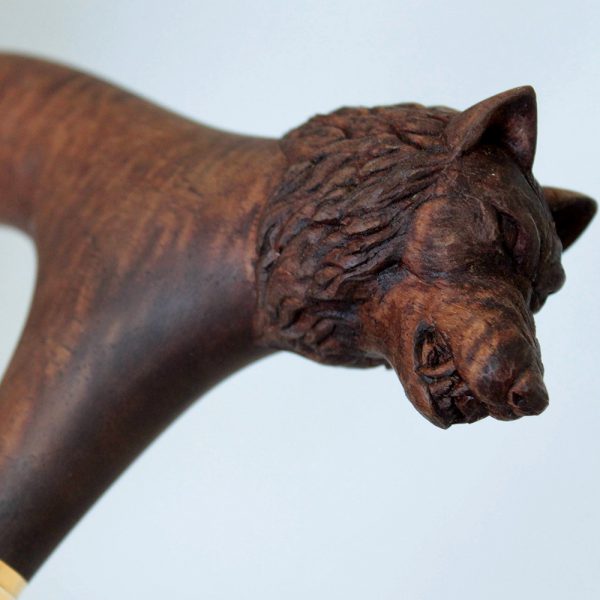 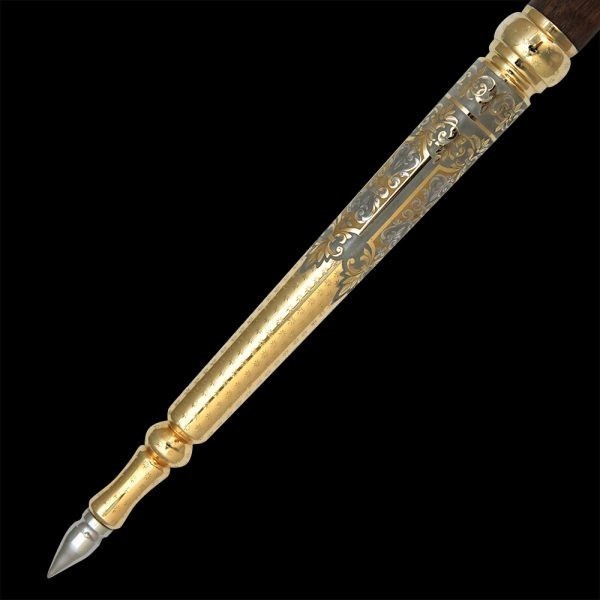 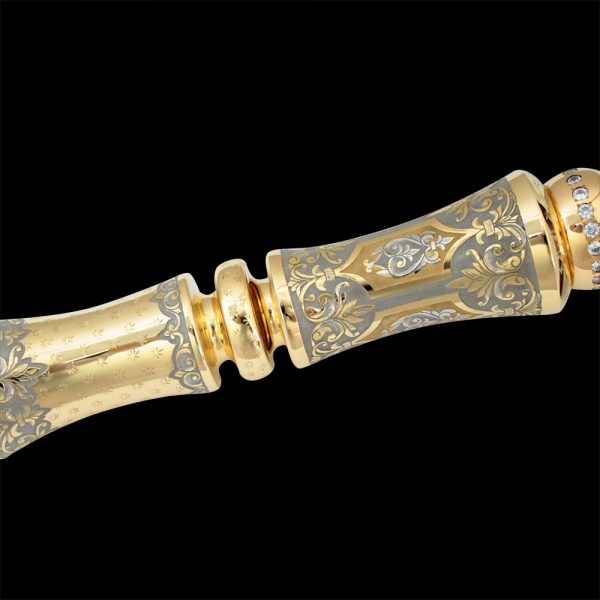 Thanks to the skillful decor, this cane is a symbol of the owner’s charisma.

The use of canes has a rich tradition dating back to the distant past. Initial purpose of the cane is using it like a staff (a stick that helps walking) later underwent changes. In the XVII century, the cane has already been perceived as an element of the suit speaking of the social status of its owner.

Handwork of Zlatoust masters, suppliers of decorated weapons of the Moscow Kremlin and the President of Russia. The cane trunk is made of wood with metal inserts. Metal elementd surface is decorated in the old technique of Zlatoust engraving on metal. These include processes such as brush painting with subsequent etching of the pattern, painting with a cutter on metal and a needle on varnish, and gilding combined with subsequent nickel plating in order to create volumes and halftones, giving expressiveness to the ornament.

A cane handle is an example of wood carving. The handle has the shape of a wolf. The wolf is, first of all, a highest symbol of freedom in the animal world, a symbol of independence. The wolf is also a symbol of fearlessness. In a battle, the wolf fights to victory or to death.

The cane is completed with a gift case made of wood.