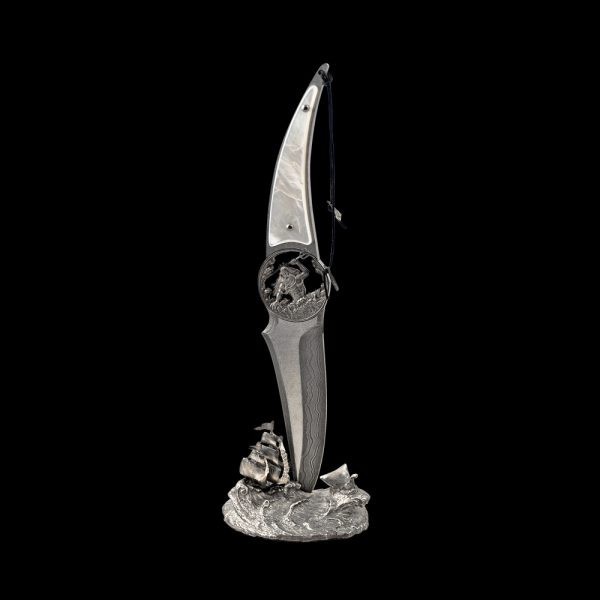 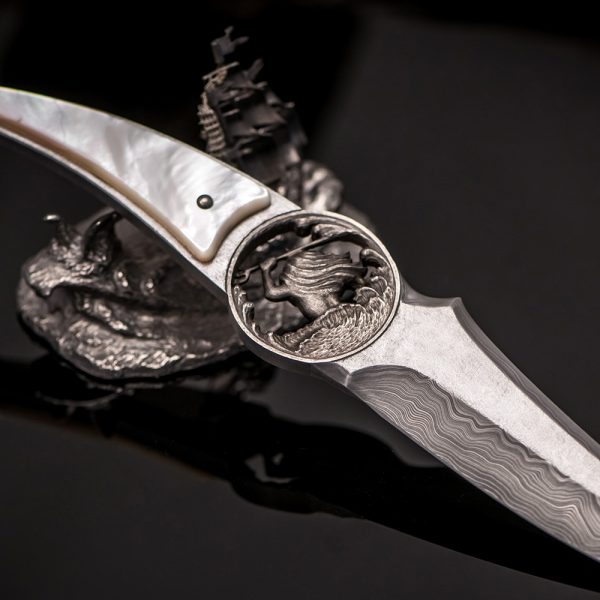 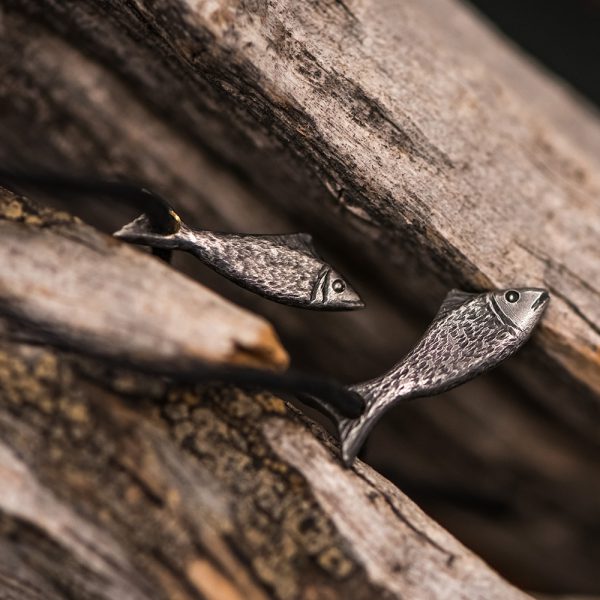 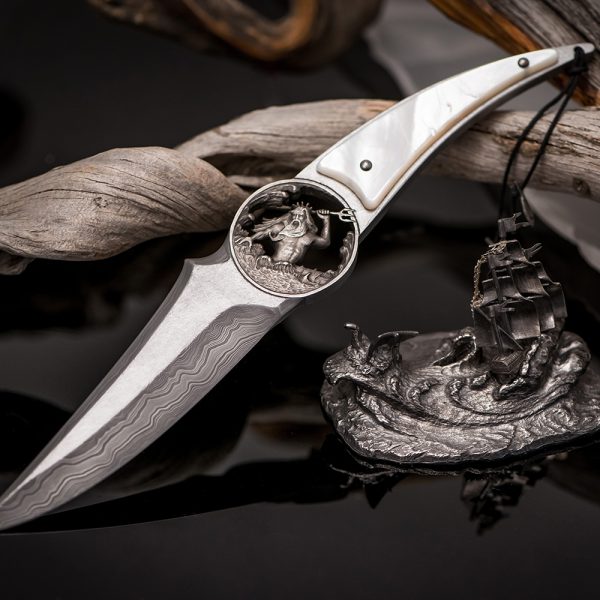 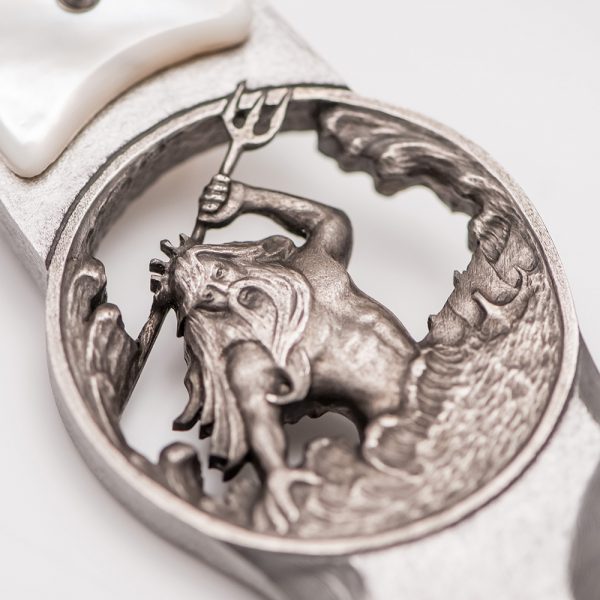 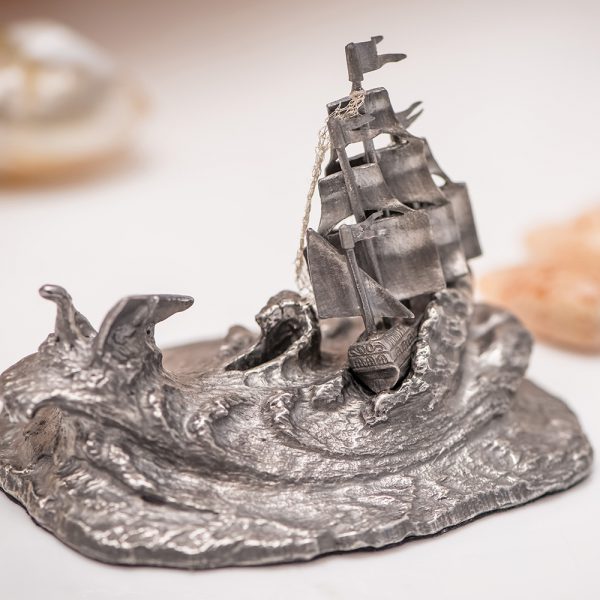 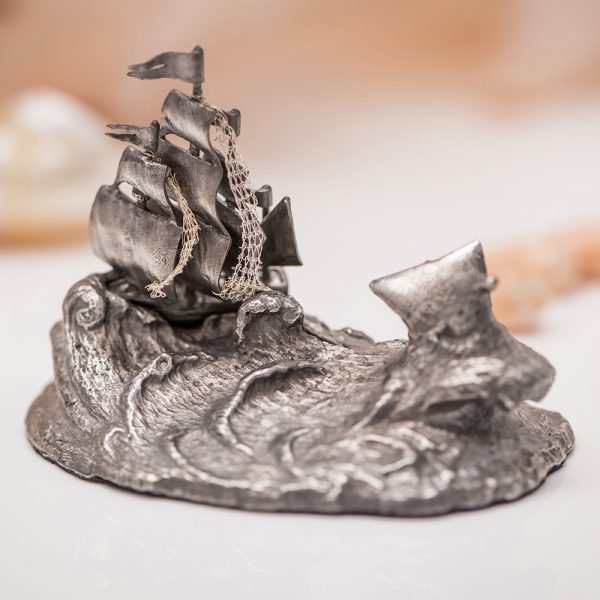 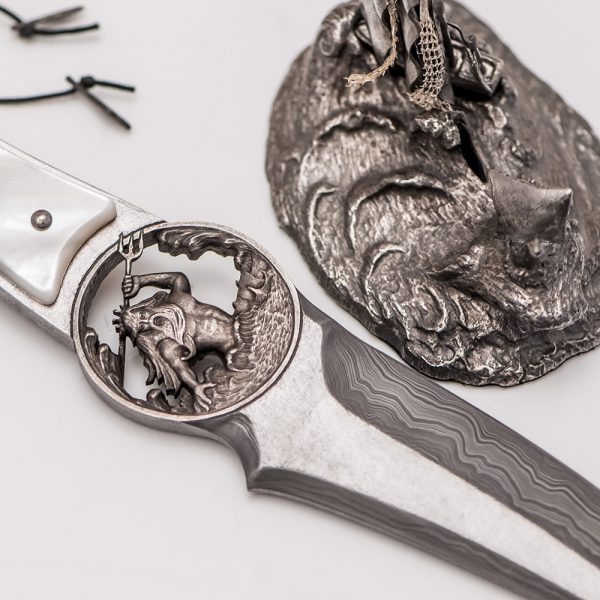 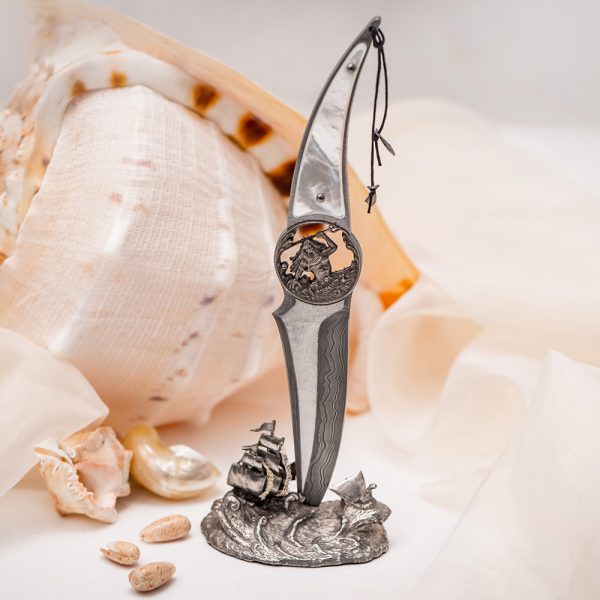 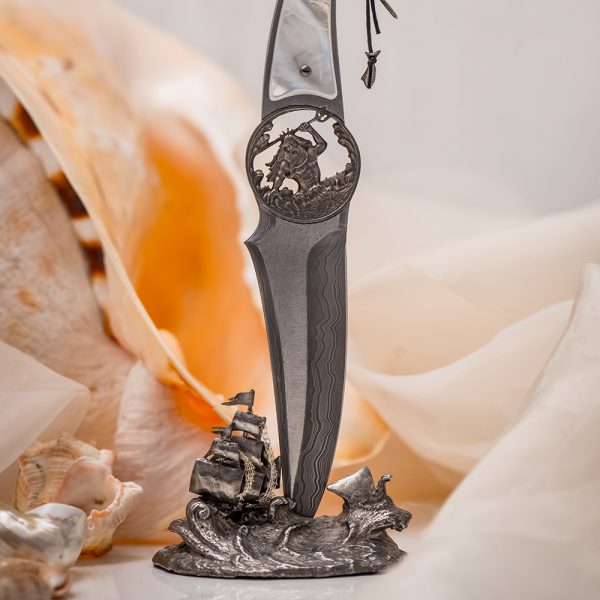 The “Poseidon” author’s knife fits perfectly into the collection of gifts and exclusive items at home of a strong man, accustomed to control a situation, managing a large team and large business that looks so much like a powerful sea element.

Just as Homer once dedicated a hymn to the ancient Greek god of the underwater kingdom, in our time, a group of Zlatoust masters created their hymn to Poseidon, depicting his poetic image in metal.

In mythology, Poseidon is considered the ruler of the seas and oceans, he is characterized by contradictory peculiarities. In anger, he is furious and implacable, just like his element. The imperious master of the deep sea is able to pursue and bring down the stormy power of sea waves on the heads of opponents or cause earthquakes and tsunamis. At the same time, he is the patron saint of seafarers, controls tidal waves and can calm the storm. In ancient painting, the god of the seas is portrayed as a blue-eyed powerful man of a mature age with a beard fluttering in the wind, in beauty he is equal to Zeus.

This original item reflects the moment when Poseidon tames the water element with his trident and saves the ship which is struggling alone with sea power. The blade is made of weatherproof damask sterl ZDI-1016, with layered patterns repeating the movement of waves. The hilt is decorated with natural mother of pearl overlays. In the center of the knife, where the blade joins the hilt, there is a cut-out detail with the image of the mighty sea king. Parts of the composition (sea, ship, Poseidon) are rhodium-plated, which gives the entire item a noble appearance.