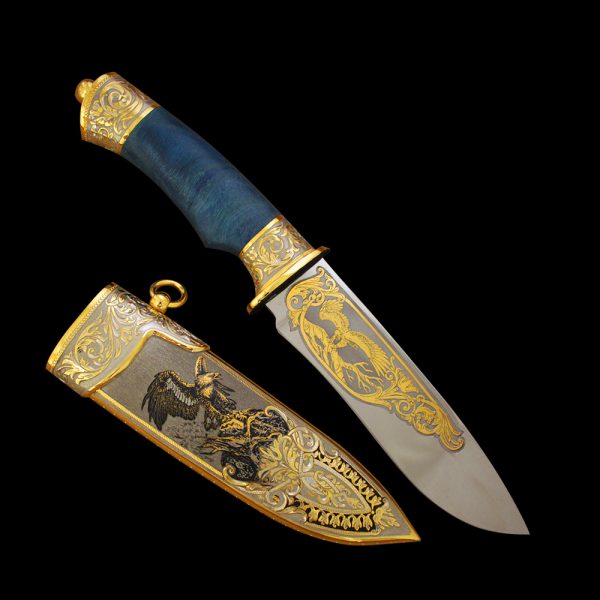 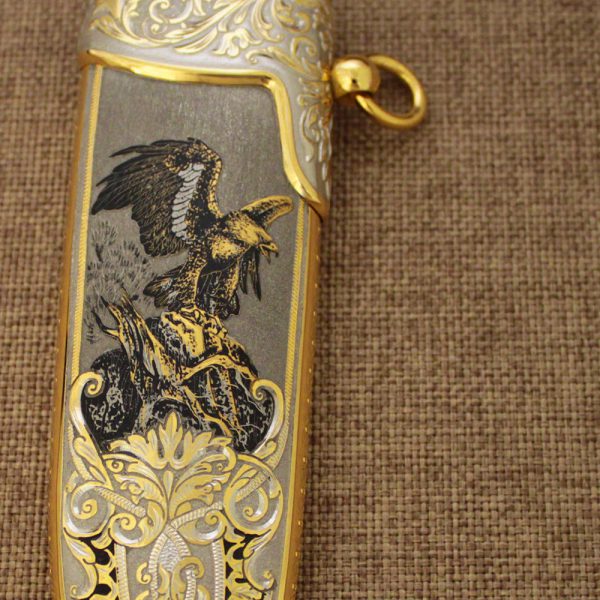 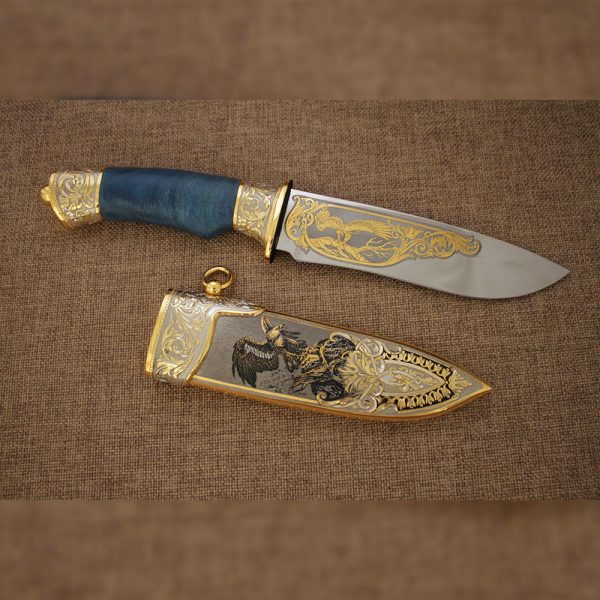 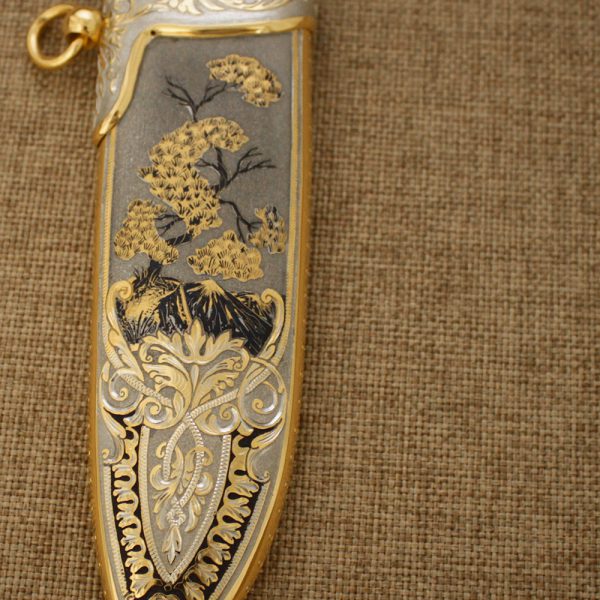 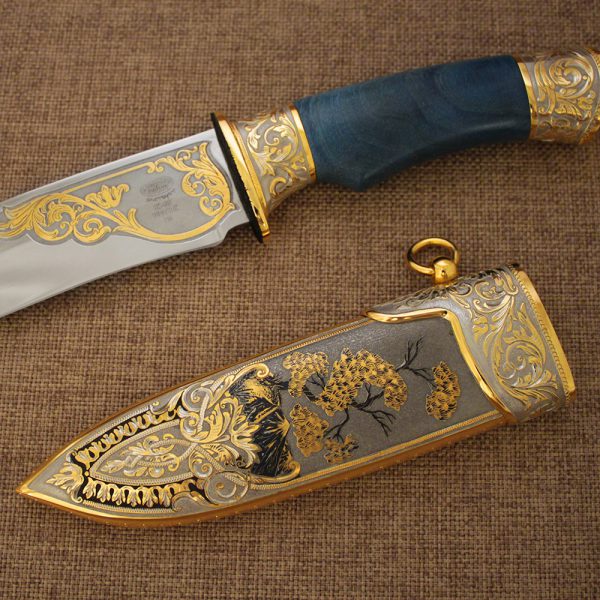 An original knife made of quality materials will be a good gift for a hunter or a person engaged in tourism.

The main symbol of the knife is the eagle. This bird of prey is revered in many countries of the world. The eagle symbolizes immortality, courage, foresight and strength. Sometimes the eagle is called the “king of the sky” and the messenger of the gods. According to the old belief, after taking off, it looks directly into the sun, so it is a symbol of ascension to heaven and liberation of the soul. The ancient Greeks identified the eagle with Zeus, the Romans with Jupiter and the Germans with Odin.

Fans of knives will appreciate the ergonomic properties of the blade with a butt line slightly curved to the tip. Gold pattern on a knife blade is made on high-alloy steel polished to a mirror shine. The metal scabbard depicts an eagle on top of a cliff. The pattern is applied by the technique of the Zlatoust engraving on metal. It was born at the beginning of the 19th century as a way of decorating author’s edged weapons made at the Armory founded by decree of Tsar Alexander I.

Let this knife bring your friend good luck in the hunt, become his most reliable assistant and comrade during the rest. And at home, it can take its rightful place in the collection of cold steel weapons.