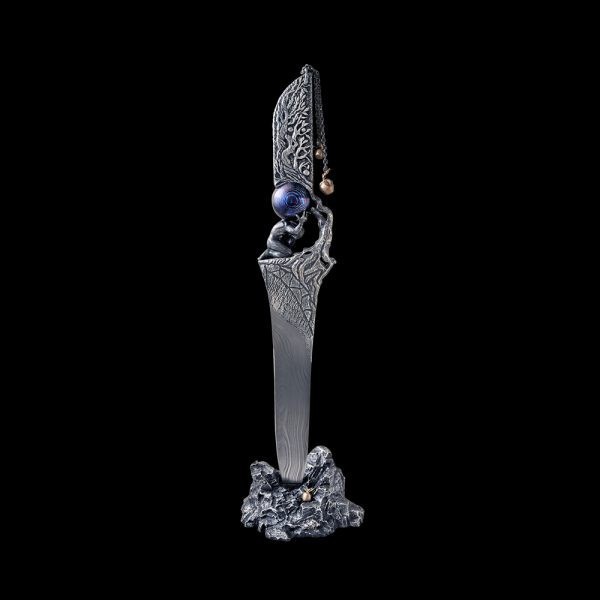 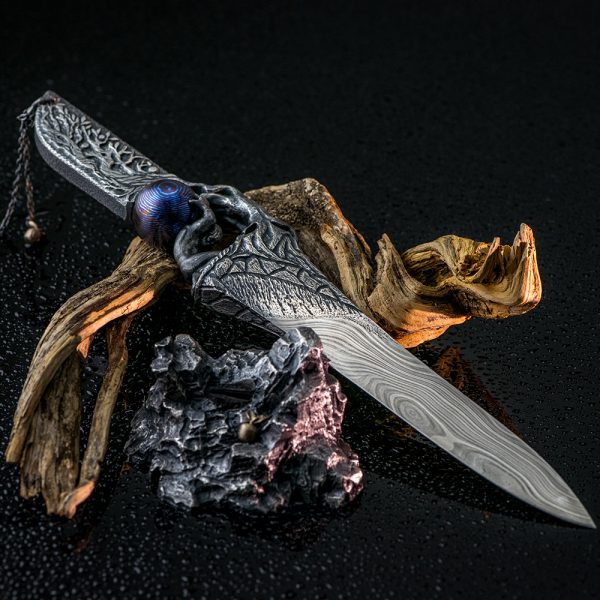 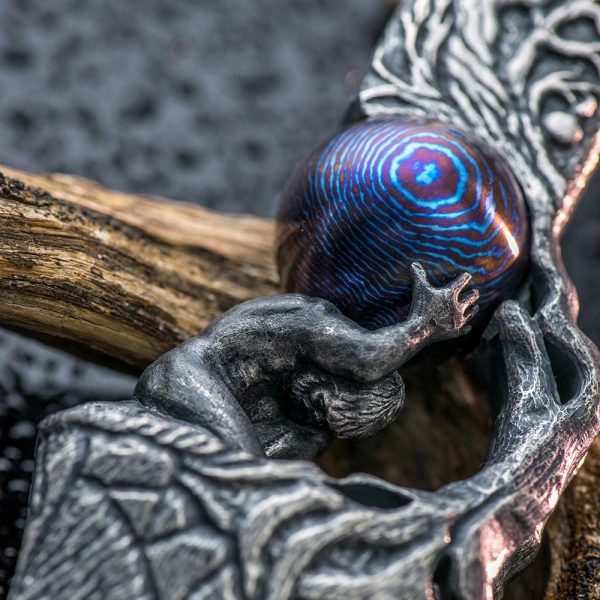 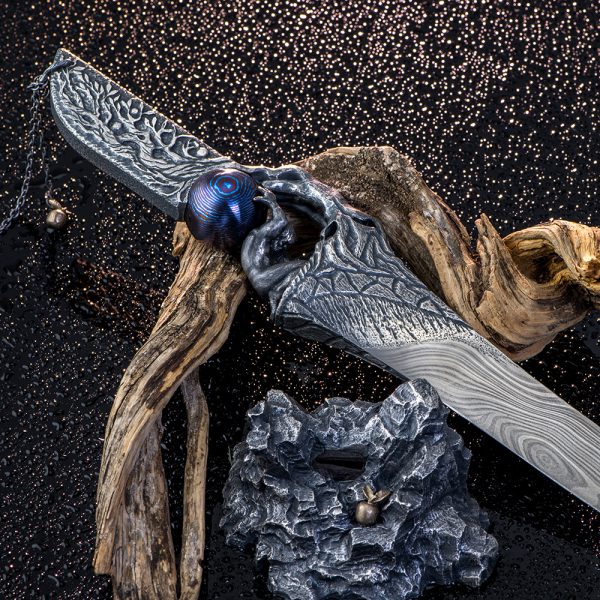 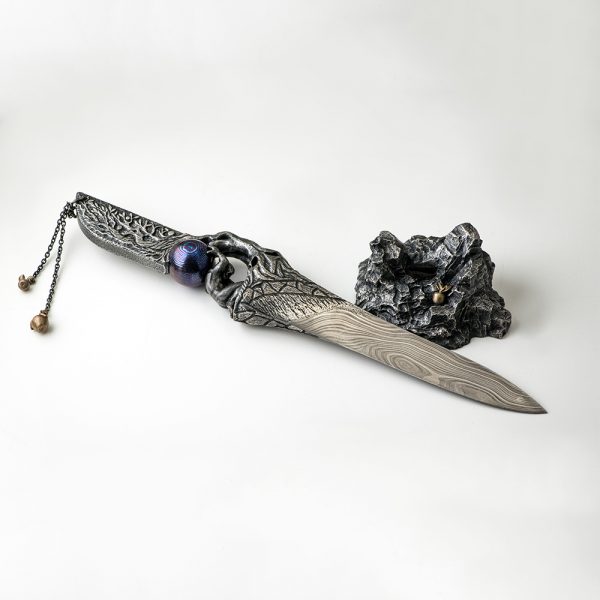 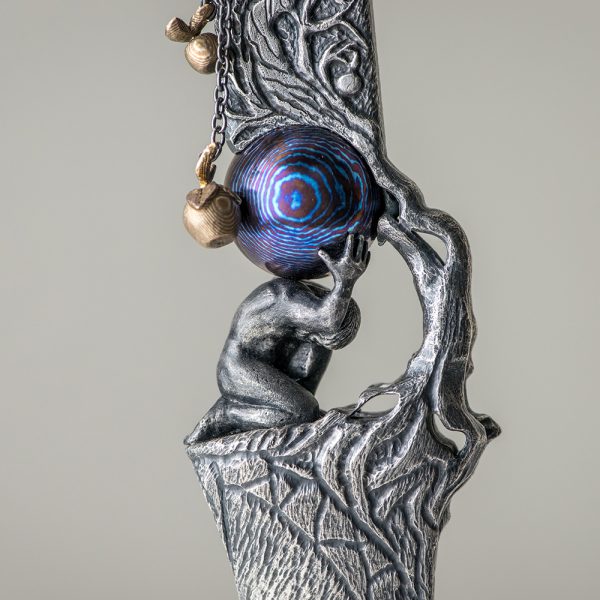 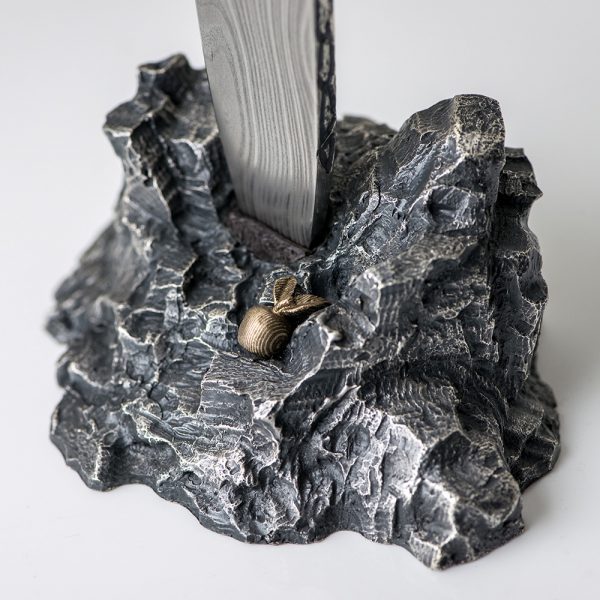 The “Atlas” author’s composition took the 2st place in the “Fantasy” nomination at the Artistic Products contest at the 37th international exhibition Blade – Traditions and Modernity 2009.

“The most difficult feat of Hercules in the service of Eurystheus was his last, twelfth feat. He had to go to the great titan Atlas who holds the heavenly vault on his shoulders, and get three golden apples from his orchards watched by the daughters of Atlas, the Hesperides. These apples grew on a golden tree grown by the goddess of the land Gaia as a gift to the great Hera on the day of her wedding with Zeus. To accomplish this feat, it was necessary first of all to find out the path to the orchards of the Hesperides, guarded by a dragon that never slept…”

This original item reflects a mythical plot when the Atlas holding the sky tried to assign his divine mission to Heracles, but the hero returned the sky to the stone shoulders of the titan with his cleverness and cunning. The composition is a strong blade with an embossed metal hilt mounted on a stand that symbolizes the earth. The blade is made of weatherproof damask steel ZDI-1016, its author’s pattern repeats the movement of clouds and air flows. In the center of the knife, where the blade joins the original hilt, there is a bent figure that hardly holds the heaviness of the sky. The vault of heaven is depicted in the shape of a ball made of titanium damask steel ZlaTi, which flickers in blue and shimmers with rainbow colors. On the hilt, the embossed image of apple trees smoothly passes into the blade, where the roots of the trees are depicted. The knife stand and hilt are coated with silver using the patination technique, which generally gives the product a noble appearance.

The male figure in the center between heaven and earth is a collective image of strength, inflexibility, endurance, and the ability to perform the most excessive work. No wonder the literal translation of the Greek word “Atlas” is akin to the word “athlete” (overwhelming). This figure embodied the image of both titan Atlas, in whose honor the Atlantic Ocean is named, and the hero Hercules, who held the sky for the sake of receiving three golden apples from the secret orchard of the Hesperides in the far west of the earth’s firmament.