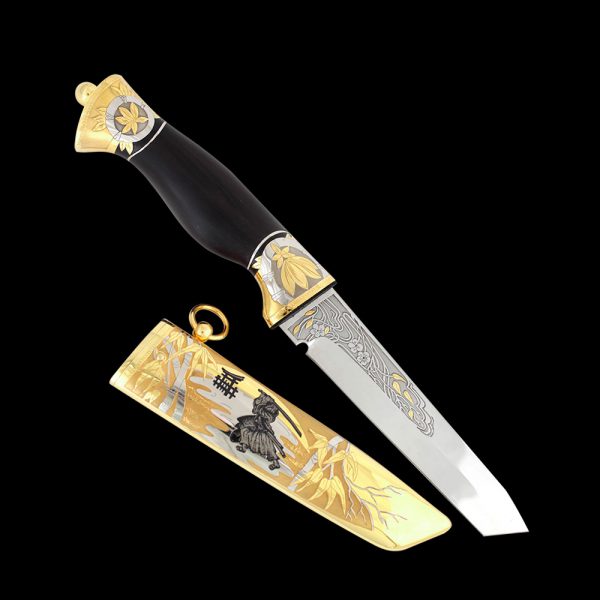 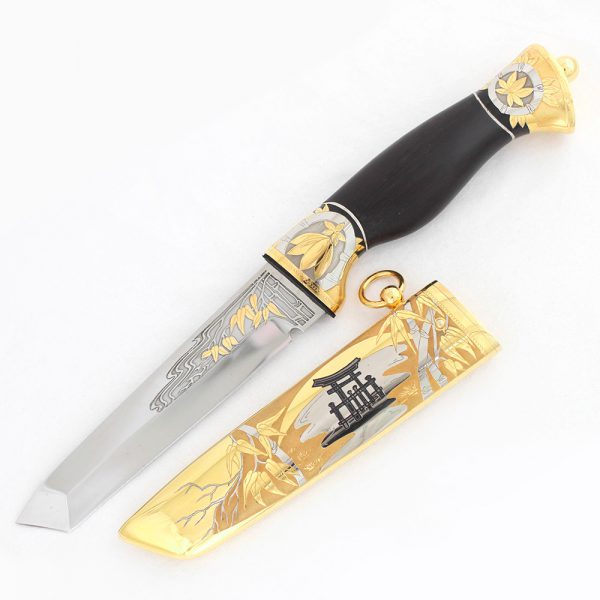 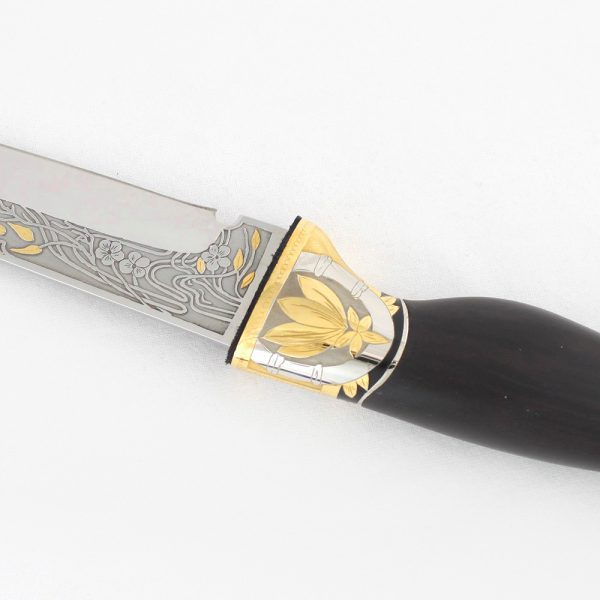 Each gift knife from the Zlatoust masters is a vivid example of handmade and inspired collective creativity. Weapon makers, artists and engravers worthily keep and develop the Zlatoust traditions of metal decoration. When creating each item, they combine talent, creativity and a high level of performance.

The masters did not set themselves a task in this work of accurately reproducing the classical forms of Japanese weapons, and did not make a verbatim historical reference to arms. The task is rather philosophical: to unite the two hypostases, to show that the power of sword, as well as the power of any martial art that spiritualized a man, can be aimed at destruction, but its true purpose is to keep peace.

The blade of the knife is made of high alloy steel used to make working cutting tools up to surgical scalpels. The hilt is made of wood. The knife fits into a stylish scabbard made of metal and decorated using the Zlatoust technique of metal engraving. The second century in a row, Zlatoust metal engraving is an original and rare kind of Russian craft. It was born at the beginning of the 19th century as a way of decorating author’s edged weapons made at the Armory founded by decree of Tsar Alexander I.