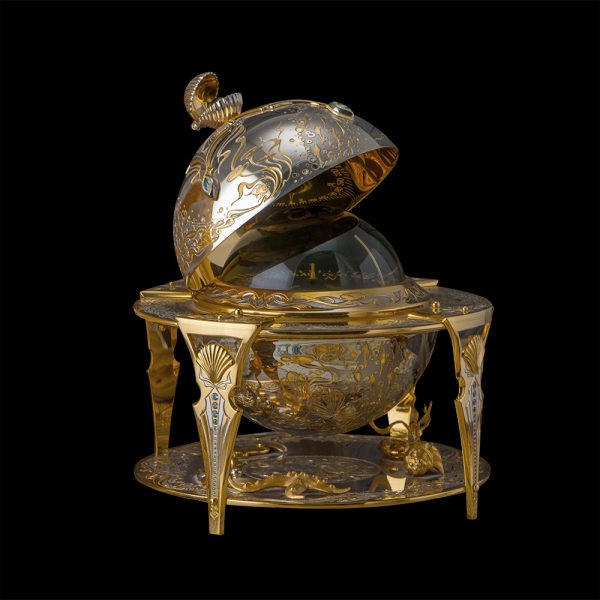 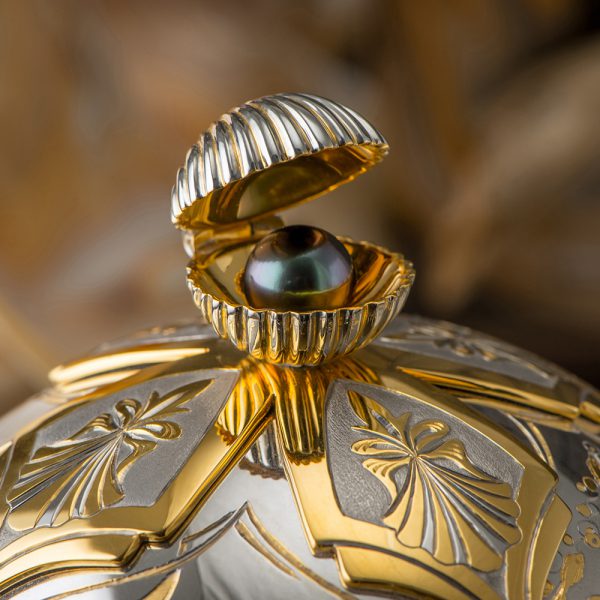 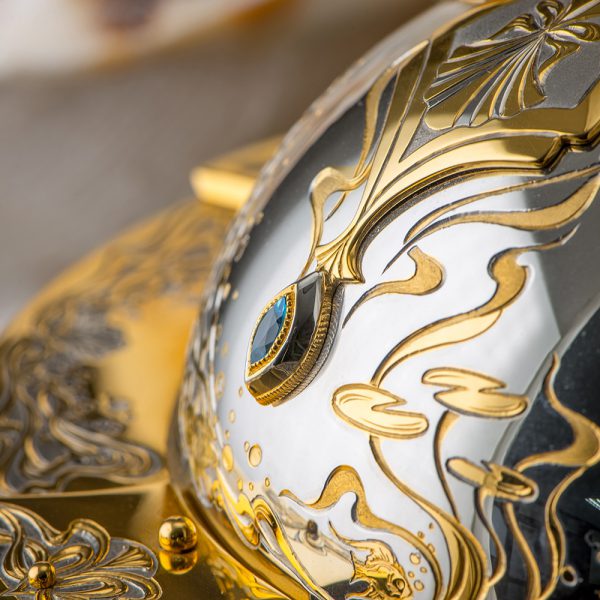 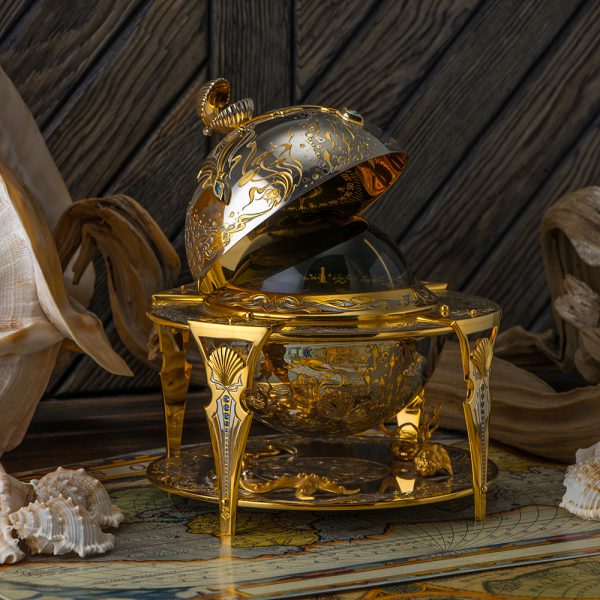 A compass is a purely masculine gift, ideal for an adventurer, discoverer of new lands, routes, directions and wide horizons.

The compass played a large role in the history of mankind, having a significant impact on the development of civilization, progress and development of new, previously unexplored territories. It appeared around the IInd century, when people learned to magnetize iron. According to historians, this happened in China, and in Europe the compass began to be used only in the XII-XIII centuries. Today, compass occupies one of the first places in the series of navigation instruments, being the main assistant to sailors and pilots.

The “Marine” souvenir compass is made in the form of an opening shell, inside of which there is a “pearl” – the case of the navigation device itself. The compass is richly decorated in the style of the Zlatoust metal engraving; starfish, pearls, shells, drops of water are depicted as “companions” of the compass. Decorative elements with semi-precious stones of the sea wave color point to the north, south, west, and east.

Roll angle at which the compass remains operational – 40°