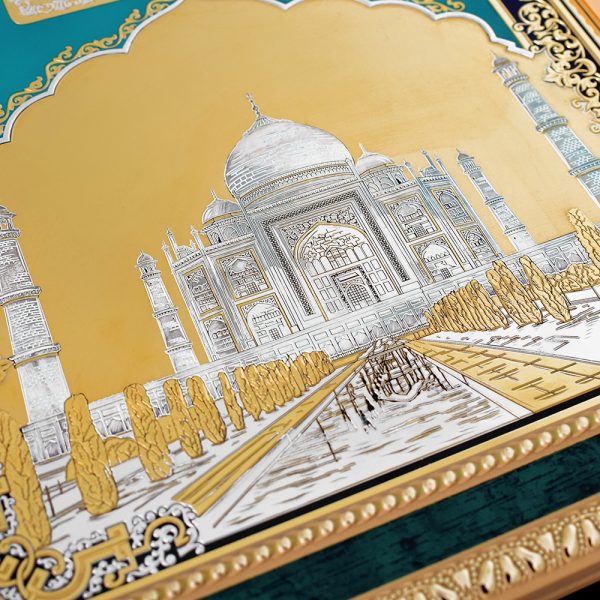 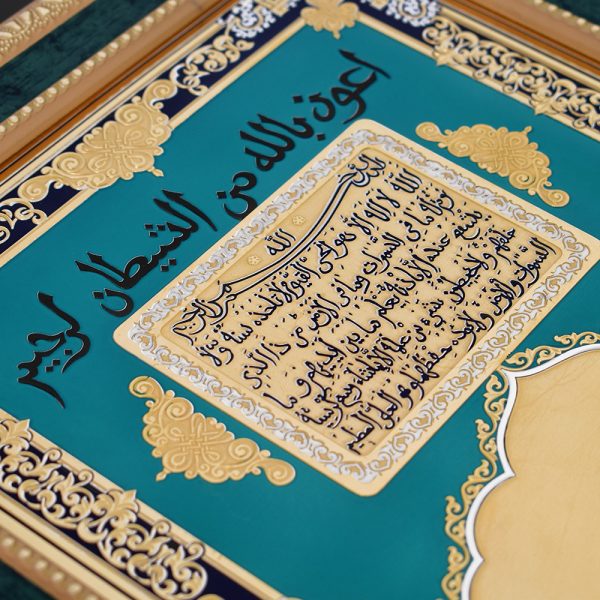 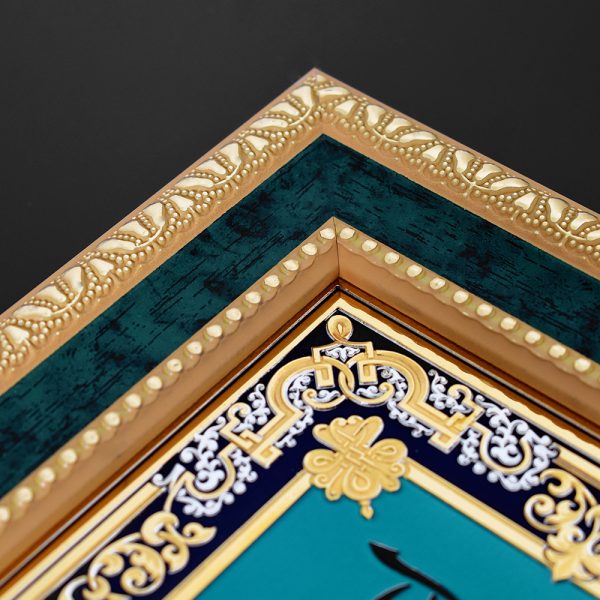 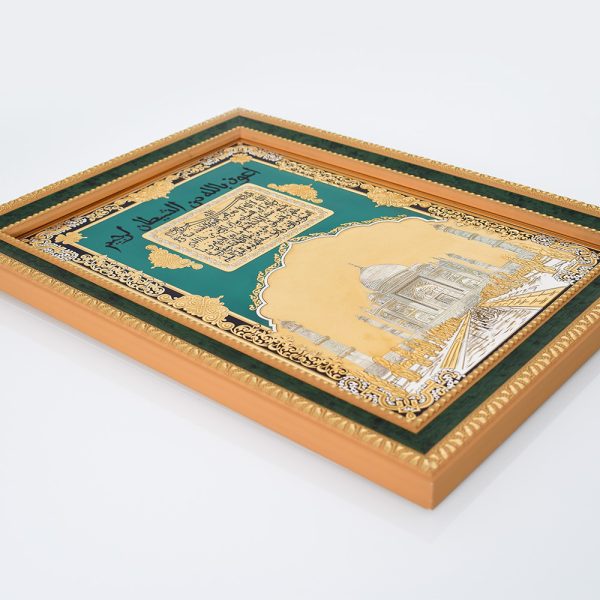 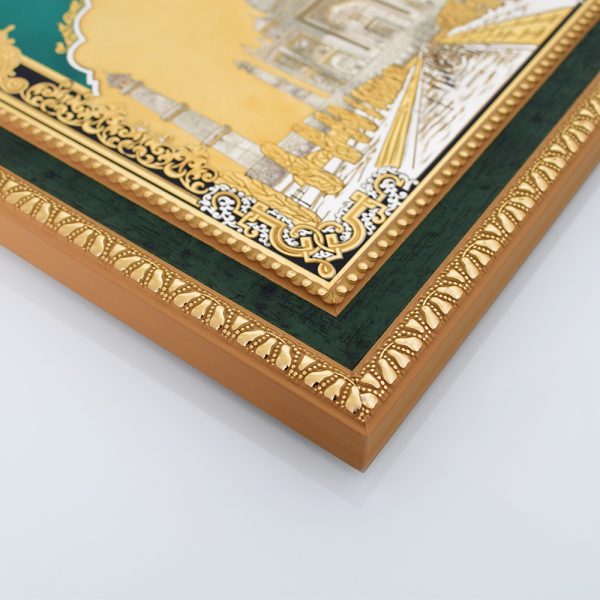 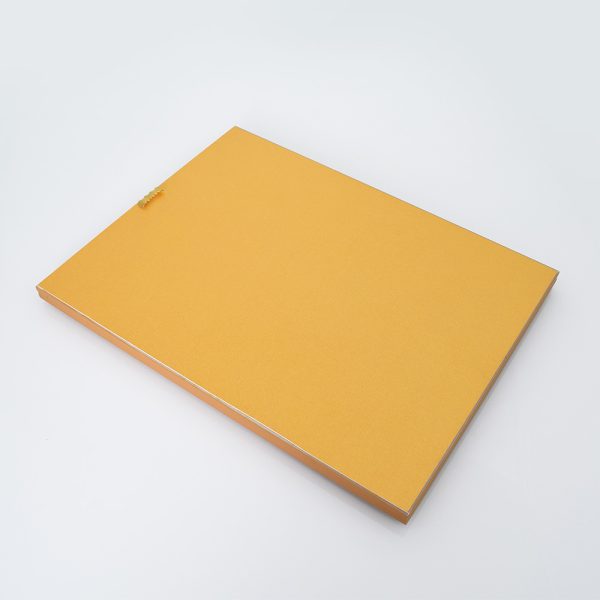 This is the last gift of the Mughal Emperor Shah Jahan to his wife Mumtaz Mahal, as well as the main and most popular attraction in Agra.

The work was performed according to the traditional methods of the Zlatoust engraving on metal using brush painting, gilding, blueing, nickel plating. The masters did a tremendous painstaking work – they traced every element of the composition.

At the top of the composition is Ayat al-Kursi. This is one of the most frequently repeated and well-known verses of the Final Revelation of the Most High. It says that there is no one but Allah, Except Him, forever Alive, Existing. Neither sleep nor slumber befall him. To Him belongs all that is in the heavens and the earth. Who will intercede before Him, except by His will!? He sees what was and what will be. No one is able to comprehend even particles of His knowledge, except by His will. The courseium (Great Throne) embraces Heaven and Earth, and His care for them does not bother Him. He is the Most High, the Great.

At the bottom of the field is the Taj Mahal White Marble Palace. This is one of the most ambitious monuments of Indian architecture with chic interior decoration and a stunningly beautiful park.

This is the last gift of the Mughal Emperor Shah Jahan to his wife Mumtaz Mahal, as well as the main and most popular attraction in Agra.

Around the entire perimeter, the engraving is decorated with an ornamental frame made in an oriental style. The panel is an author’s development.