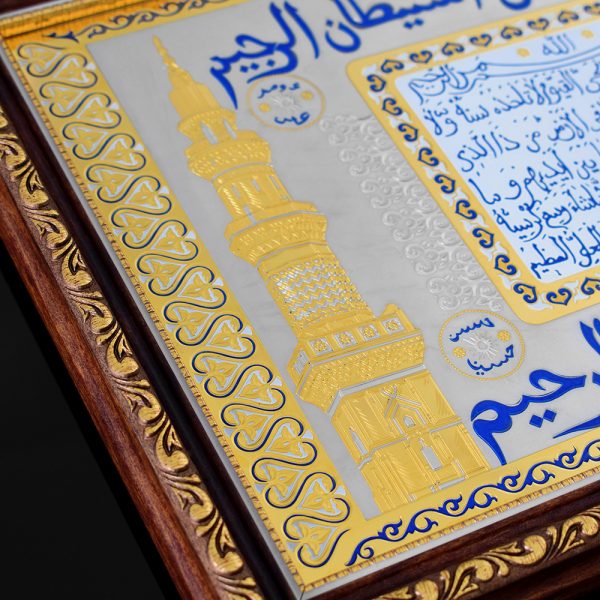 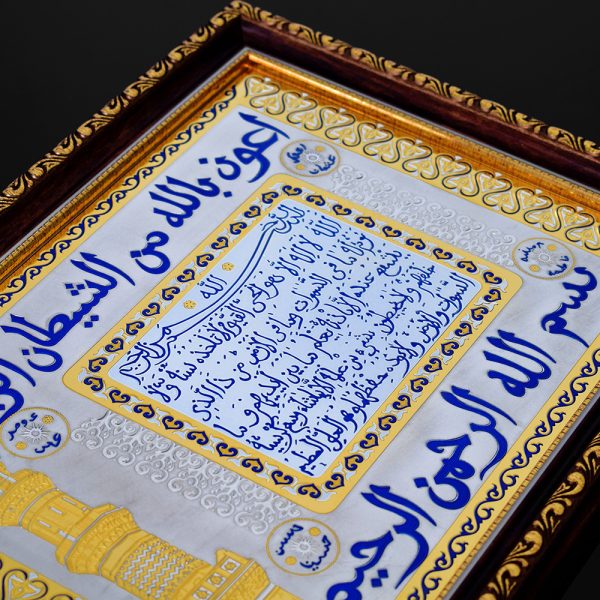 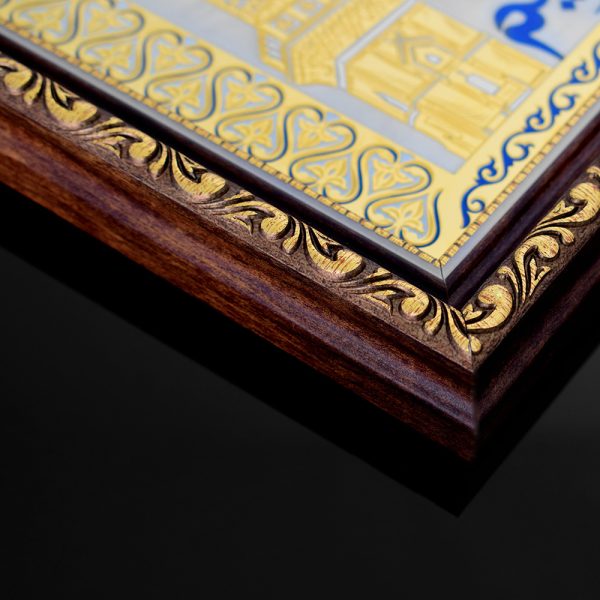 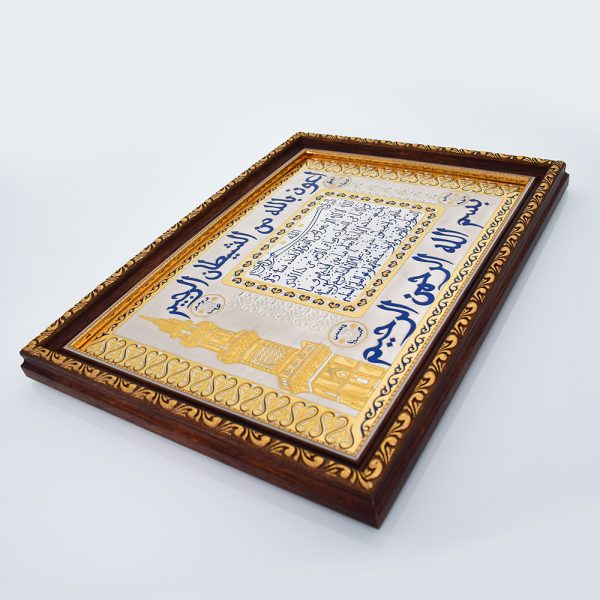 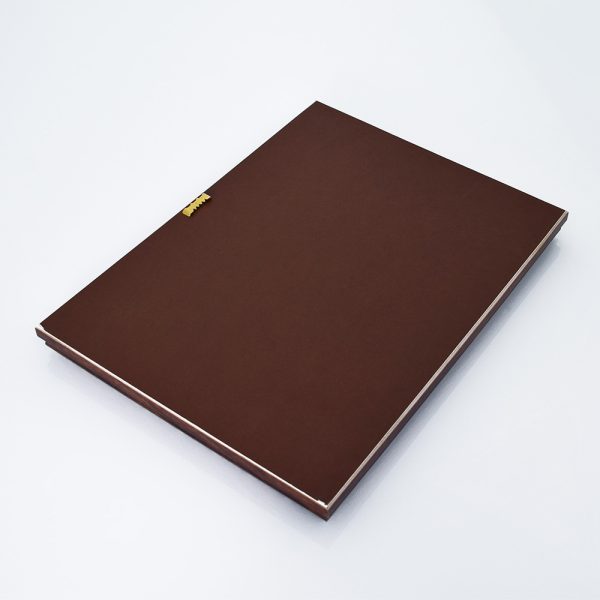 Golden panel – Muslim with a minaret

An exclusive interior item will emphasize a commitment to faith and traditions, as well as respectability of the expensive interior’s owner. The panel will strengthen the faith in yourself and Allah and will be a reminder of important goals and the gift giver

The main part of the panel is Ayat al-Kursi. This is one of the most frequently repeated and well-known verses of the Final Revelation of the Most High. It says that there is no one but Allah. Except for Him, eternally Alive, Existing. Neither sleep nor slumber befall him. To Him belongs all that is in the heavens and the earth. Who will intercede before Him, except by His will!? He sees what was and what will be. No one is able to comprehend even particles of His knowledge, except by His will. The courseium (Great Throne) embraces Heaven and Earth, and His care for them does not bother Him. He is the Most High, the Great.

There is a minaret to the left of Ayat al-Kursi. In Islamic architecture, this is a round tower where the muezzin calls upon believers to prayer. The minaret is decorated with patterned brickwork, carvings and openwork balconies.
Around the entire perimeter, the engraving is decorated with an ornamental frame made in an oriental style. The engraving is framed in a wooden baguette.