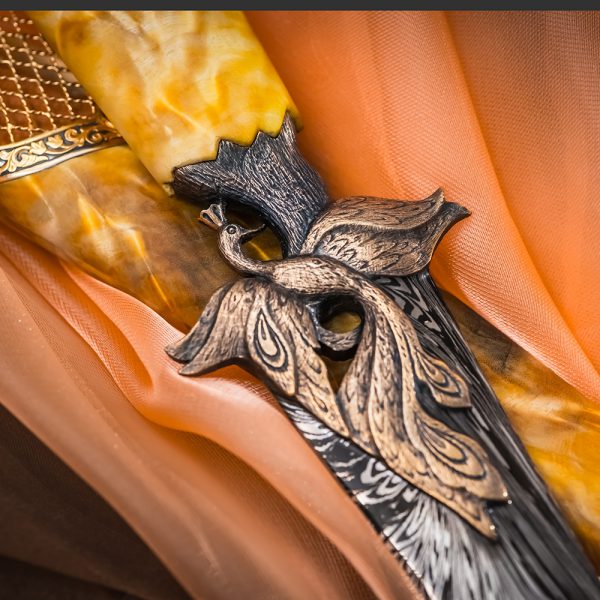 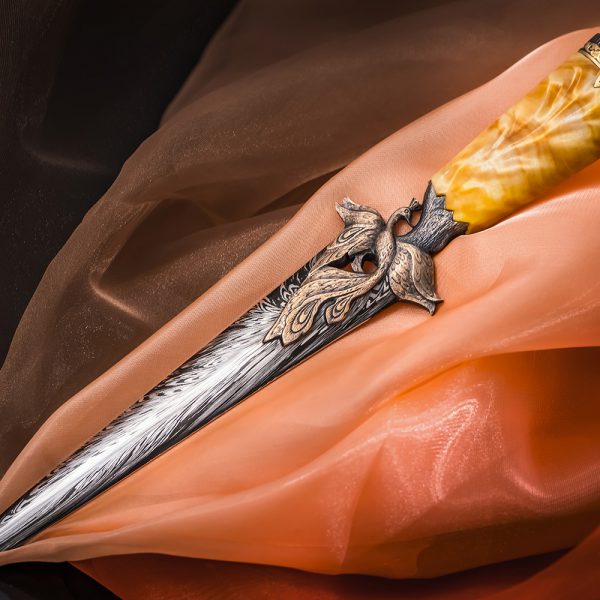 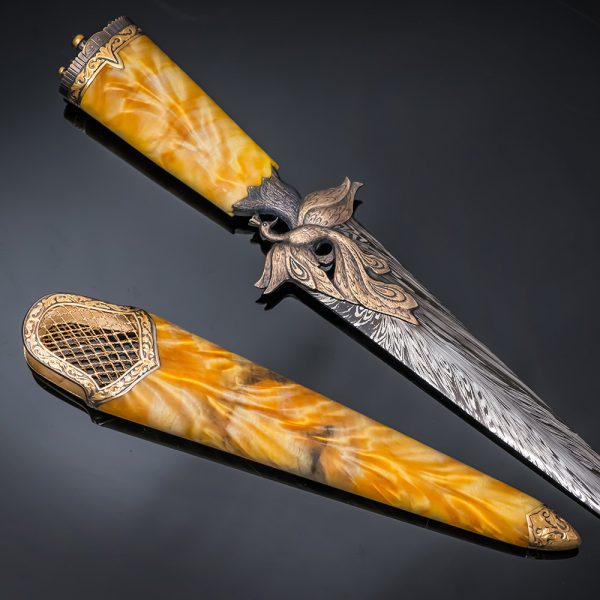 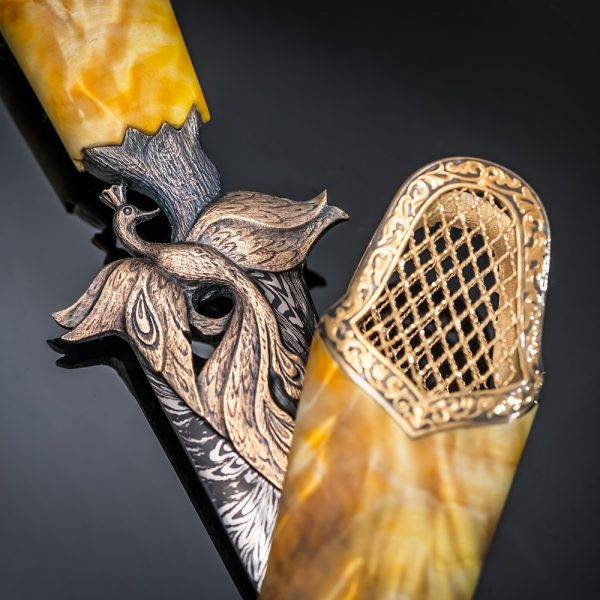 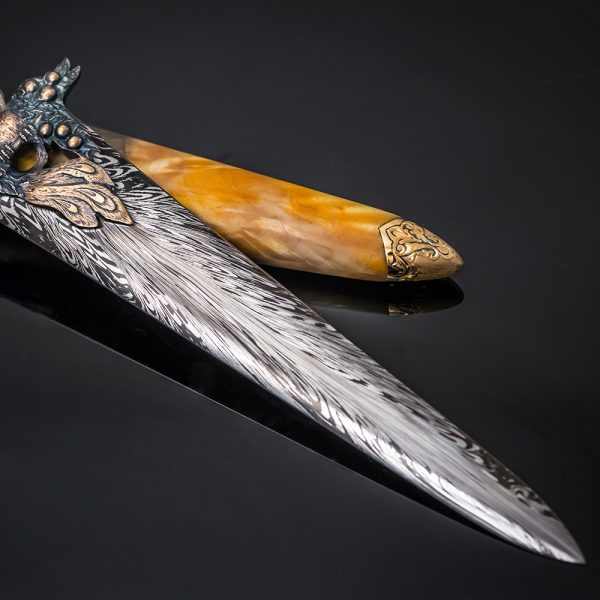 The “Firebird” author’s dagger was created based on the Russian folk tale “Ivan Tsarevich and the Gray Wolf”. The ingenious idea of the authors of the “Firebird” dagger is amazing!

The blade in the scabbard locks the captive bird in a golden cage. It was with the theft of the Firebird in the golden cage that the magical journey of the fairy tale character began.

The guard of the dagger is made in the form of a cast figure of the Firebird. From the front, it appears in all its glory, in the crown, with spread wings and a fiery tail. And on the back is an apple tree with golden fruits, so beckoning the bird. On the back of the dagger’s hilt, the masters placed a miniature, but elaborated tower house where Elena the Beautiful is waiting for Ivan Tsarevich. Both small towers and golden domes can be seen in the tower house.