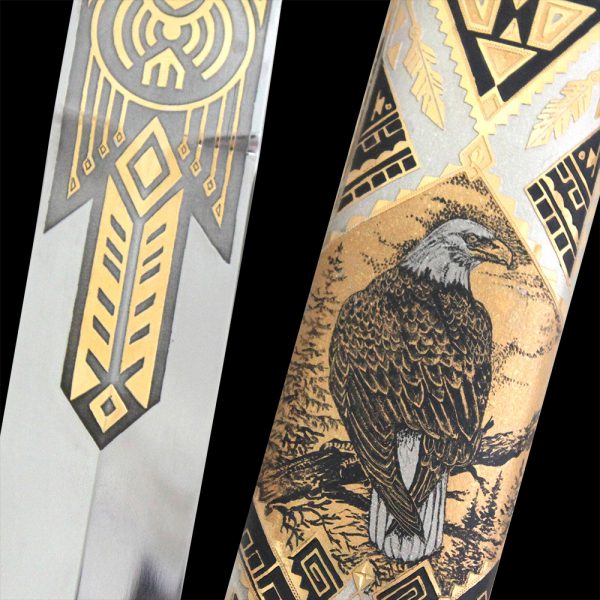 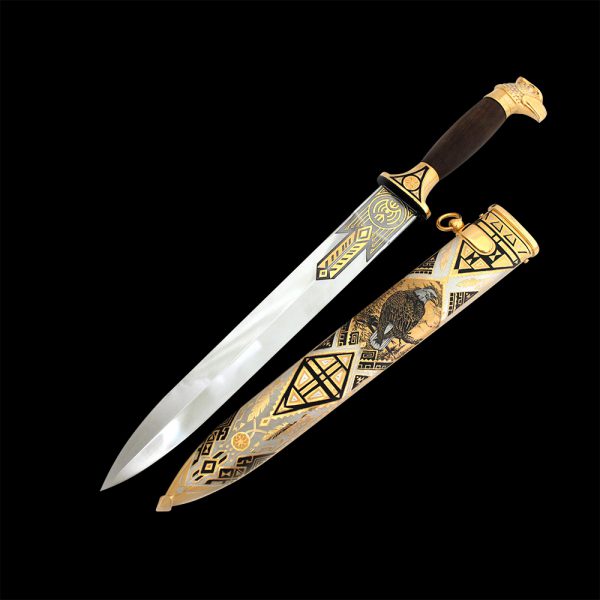 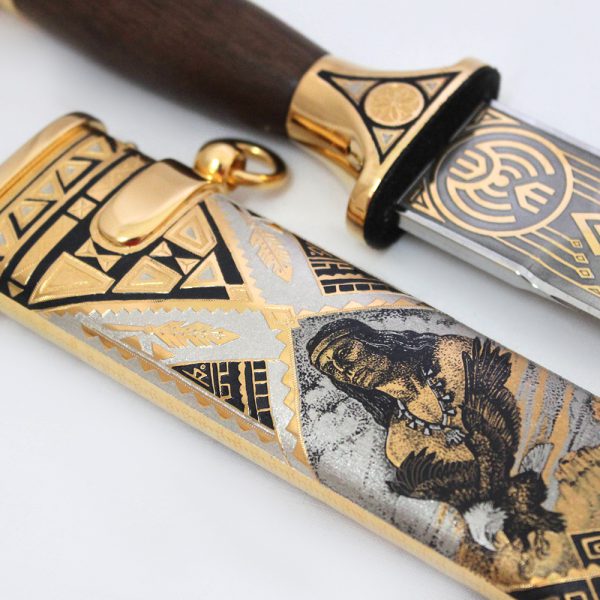 The dagger is a unique handmade example in the traditional technique of Zlatoust metal engraving.

The craftsmen approached the work with great inspiration. The “Indian” dagger is named not by chance. All-metal scabbard depicts a drawing of an Indian with his eagle symbol. A cast eagle head also rises above the wooden dagger hilt. A symbol of air and fire. It is a king in the air, like a lion is a king of animals on earth. The bird of initiation, the messenger of the gods, it connects the earthly and heavenly spheres. This is one of the oldest symbols. The mirror dagger is made of modern knife steel and decorated with a strict pattern inherent to the Indians of that time. A decor on metal became possible thanks to the technique of Zlatoust metal engraving. For the second century in a row, the Zlatoust metal engraving is an original and rare kind of Russian craft. It was born at the beginning of the 19th century as a way of decorating author’s edged weapons made at the Armory founded by decree of Tsar Alexander I.