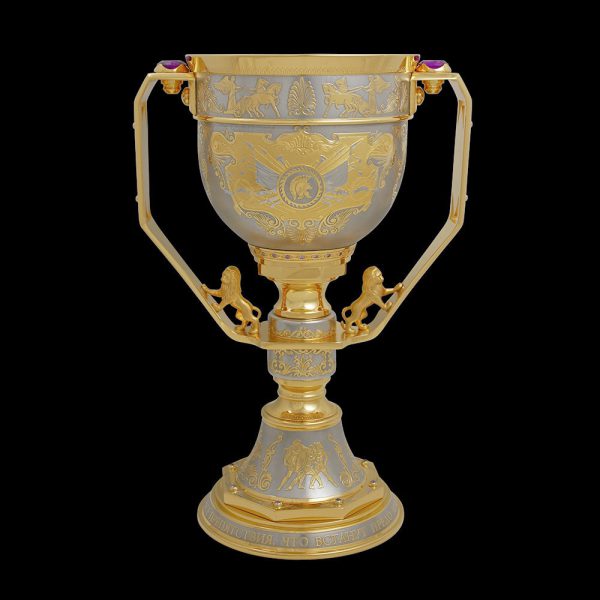 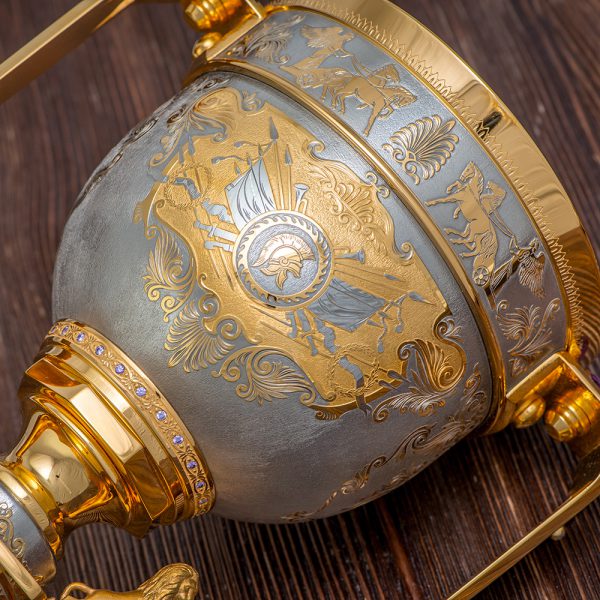 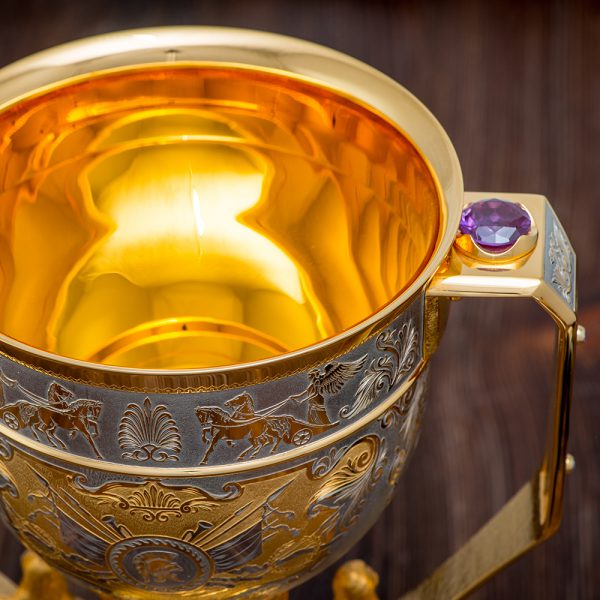 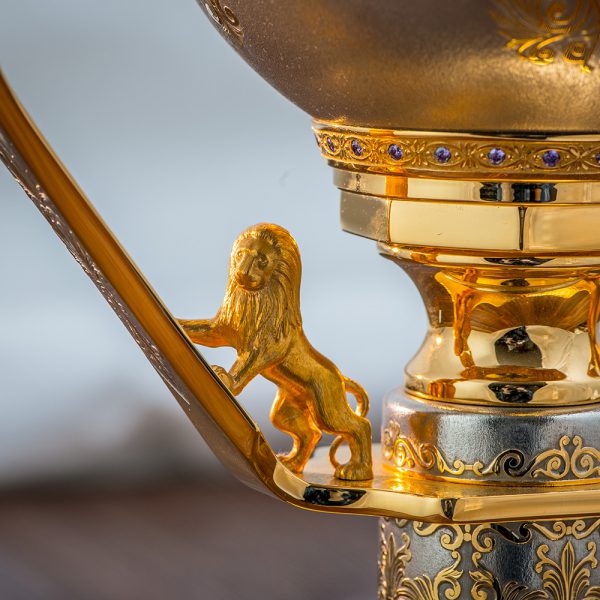 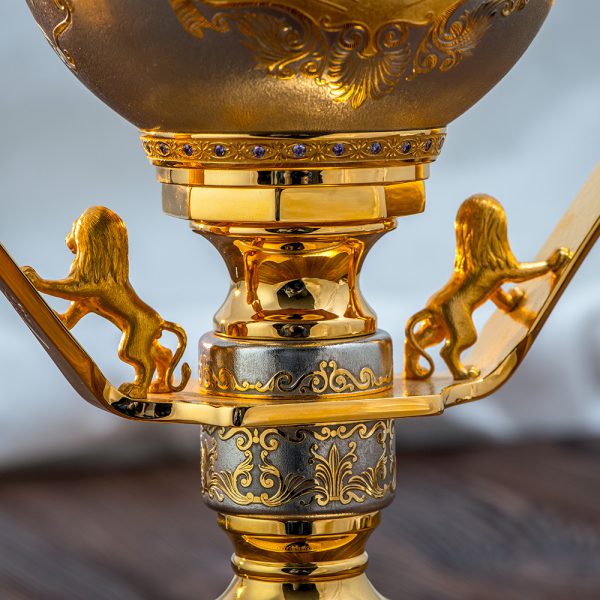 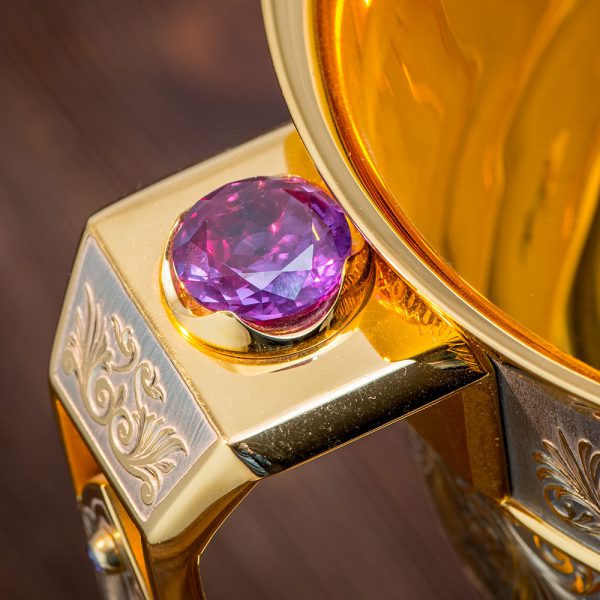 A cup is a worthy gift to a person that will definitely emphasize the status and authority of the owner. A cup can be used for its intended purpose, i.e. to pour drinks. It is also suitable for decorating home or office interiors.

Two molten figures of lions are placed on the shaped handle of the “Winner’s Cup”; the lion is the king of animals, the strongest and most wise animal in the world. The cup depicts ancient scenes where the winged goddess Nika rides out in a chariot, portending an unconditional victory for the hero. The legendary Corinthian helmet, a symbol of Ancient Greece, is depicted in the central part of the cup. These helmets, decorated with a comb of horsehair, were often depicted on antique vases and amphorae.

The cup base contain scenes of military competitions and below are engraved the words in Russian by the great French comedian Jean-Baptiste Moliere: “All the obstacles that stand before me will shine with light on my victorious wreath.” At your request, the phrase can be written in any language.

The cup comes with a gift box and a product certificate.