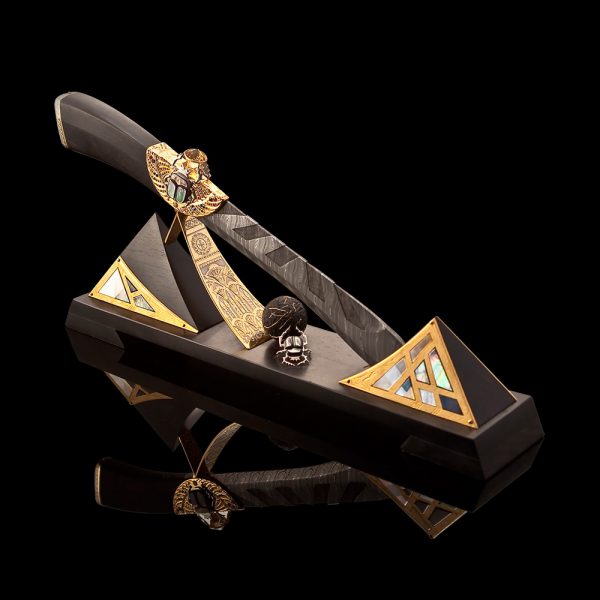 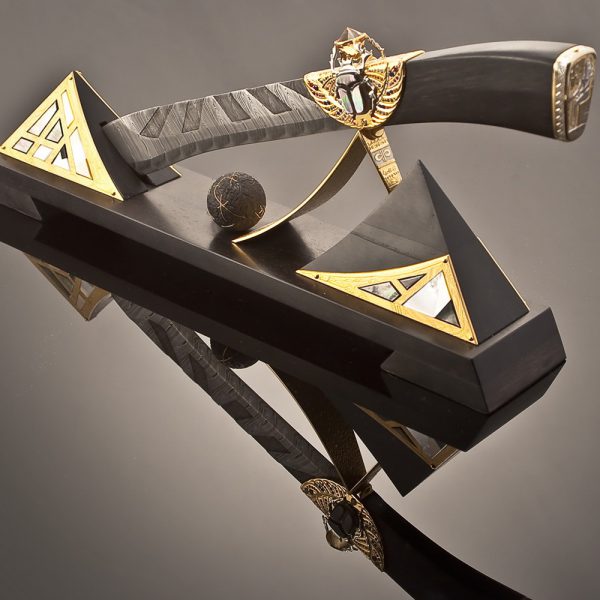 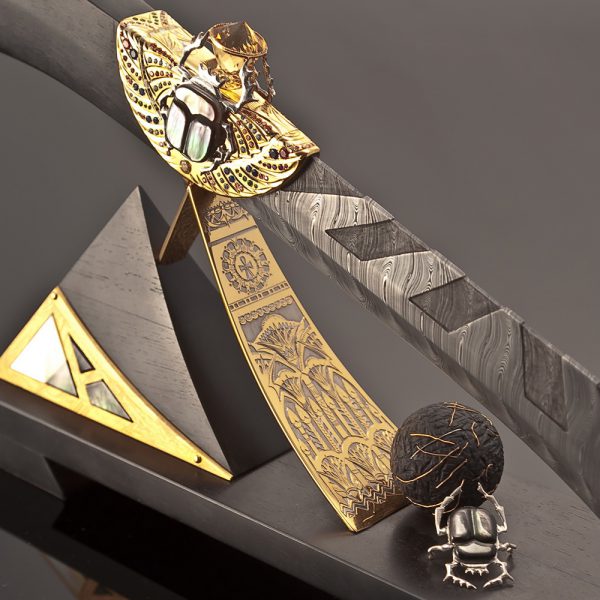 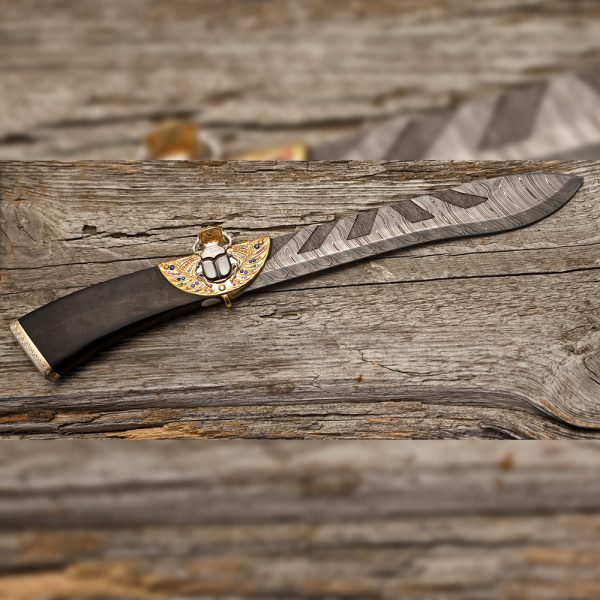 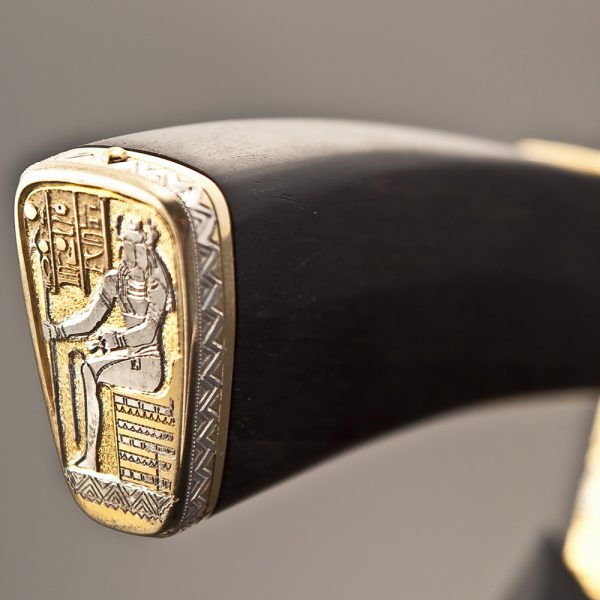 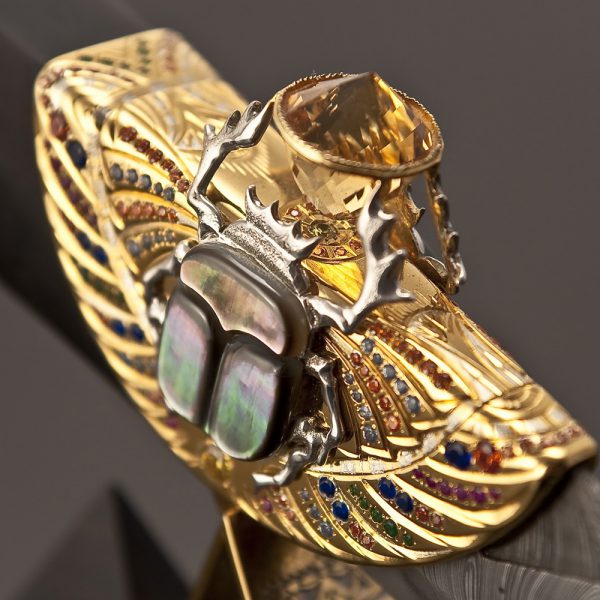 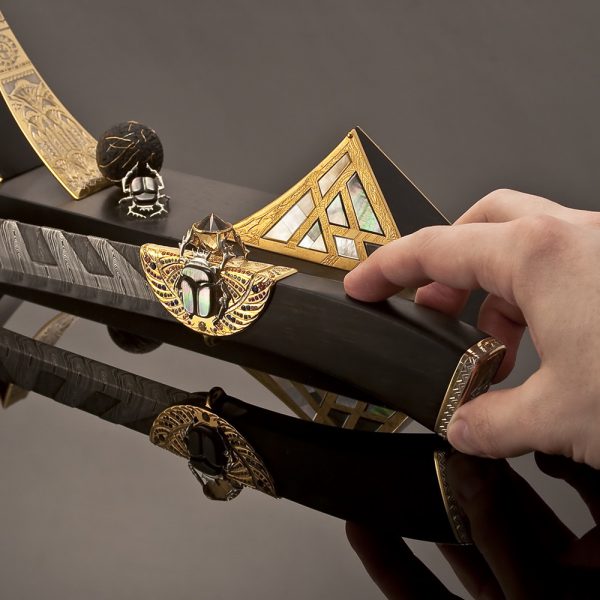 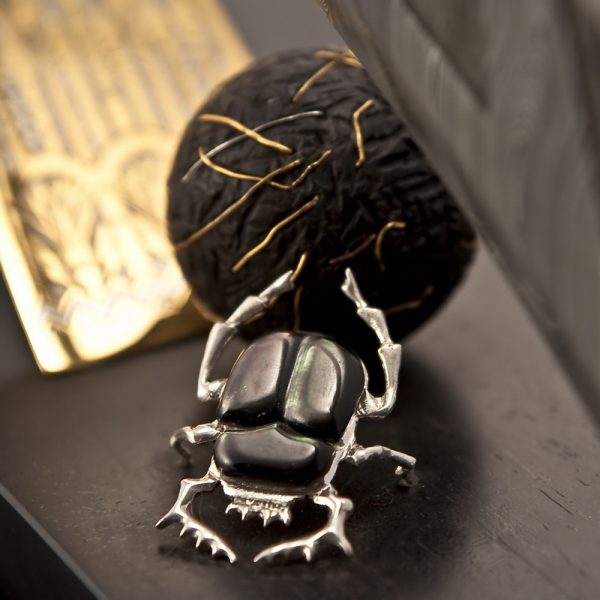 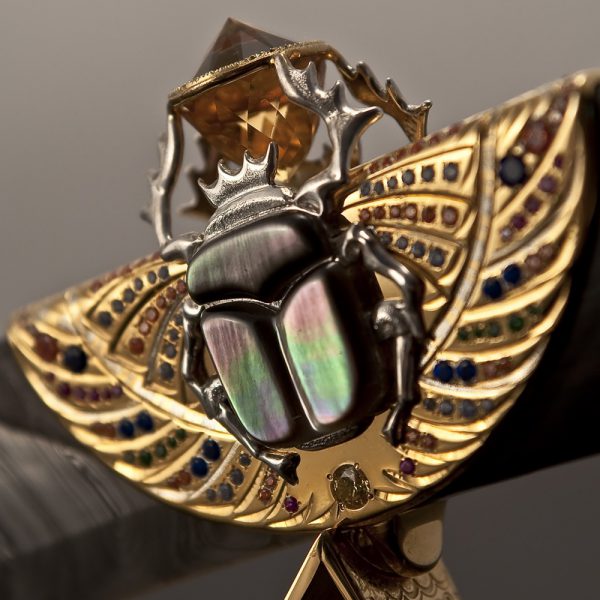 Composition – Symbol of the Sun

At the 22nd international exhibition Blade —Traditions and Contemporaneity 2010, the “Symbol of the Sun” composition took 1st place in the “Composition” nomination.

The author’s composition “Symbol of the Sun” created based on Egyptian mythology, is a unique item concentrating powerful energy of the sun and the most ancient symbols of life. According to the authors, the composition is dedicated to the ancient Egyptian Deity Khepri personifying the newborn morning sun. Dawn is a time of new beginnings, real insights and fresh ideas, the best period for laying the foundations of creative projects or for serious life changes.

Depicted in the form of the sacred scarab beetle, God Khepri symbolizes the invisible power of creation which gives impetus to the movement of our sun in the sky and all things. According to the beliefs of the ancient Egyptians, a scarab rolls its ball with the seeds of life from east to west, like the sun passes through the sky. On the slope of the mountain where the scarab rolls a ball, the “Ankh” sign is depicted – a key of life and a symbol of immortality, being a powerful talisman. The scarab has a crown on its head similar to an aureola of sunlight, as an attribute of the royal family and the ruler of the world. In the legs raised to the sky, the scarab holds a light, 96-faced citrine stone with the energy of the sun, purity of thoughts and healing power inside. Its mother-of-pearl wings sparkle in the sun, reflected in the faces of the great Egyptian pyramids.

A scarab moving on the ground can ascend into the sky thanks to its transparent wings hidden under a rigid body, representing an image of spiritual transformation. The knife hilt is decorated with gold and silver, which, being symbols of the sun and moon, balance the cosmic power of this composition. The knife is mounted on a stand in the form of Egyptian pyramids; archaeologists still argue about the mystery of their construction. The back of the knife depicts Khepri himself with a scarab head and a royal rod in his hand.

Besides aesthetic pleasure, this beautiful product will bring prosperity and longevity to its owner, provide wealth, add vitality and health, give the energy of the nascent sun for new achievements. It was these concepts and wishes that were laid by the kraftsmen in the process of creating beauty from metal and precious stones.