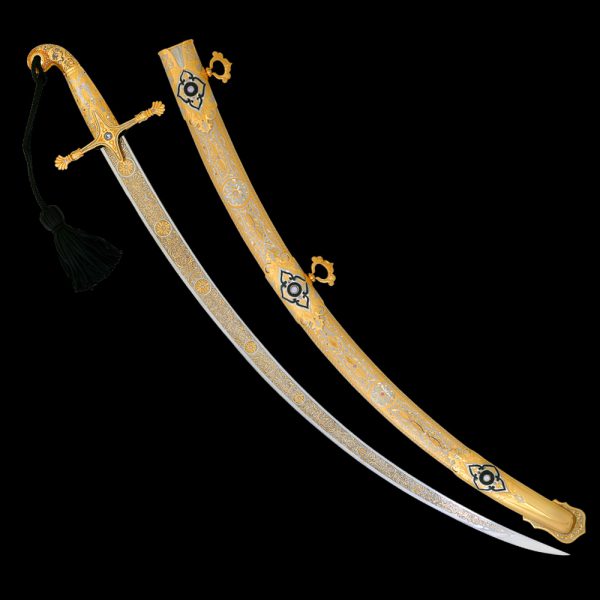 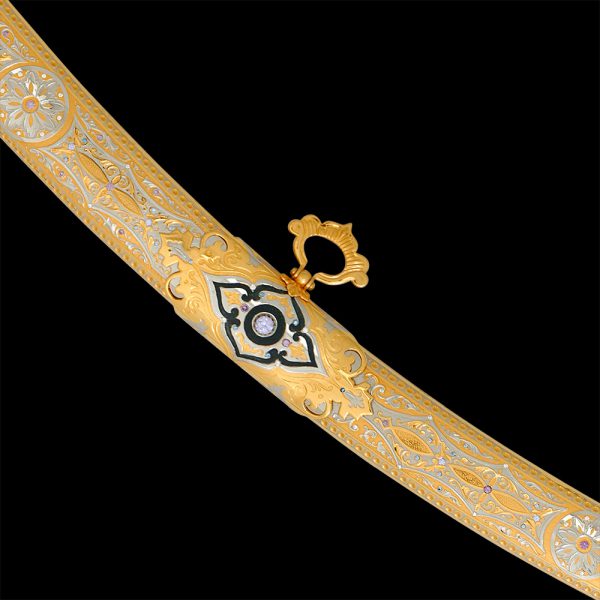 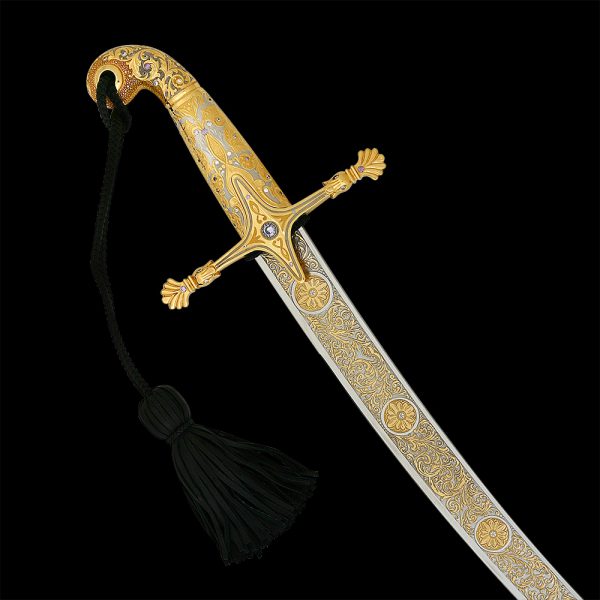 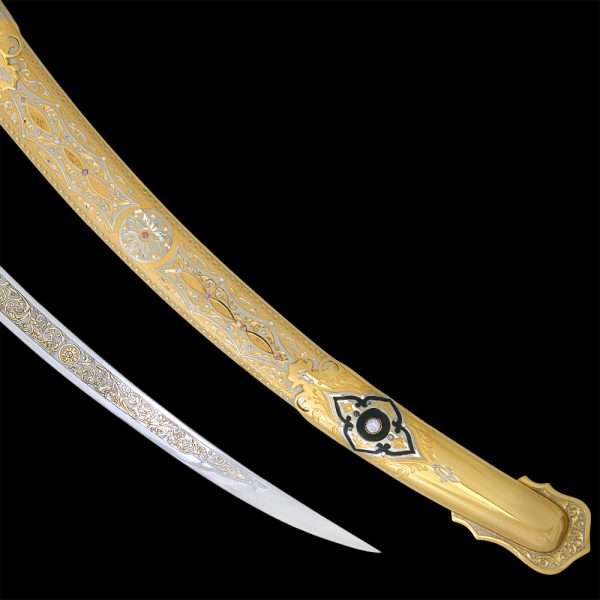 For more that thousands of years, sabers have been considered an attribute of horse guards (cavalry) and individual infantry units. Officer sabers are widely used as an elite ceremonial ceremonial equipment of horse parade platoons. The graceful curves of the decorated saber attract attention. Hands involuntarily dream, holding the hilt, with fury cut the streams of air rushing into the face.

The saber blade is made of high-alloy steel. Such steel is used to make working cutting tools up to surgical scalpels. The blade is abundantly decorated with gold painting. The metal hilt and crosspiece are richly decorated with relief engraving. A large stone is encrusted in the crosspiece center. The metal scabbard is decorated using the technique of the Zlatoust engraving on metal; its stages include:
turning;
brush painting;
lacquer needle engraving;
art etching;
cutter engraving;
polishing;
nickel plating;
gilding;
jewelry.

The saber is a brutal male gift that can be presented to a colleague, friend, boss or relative.