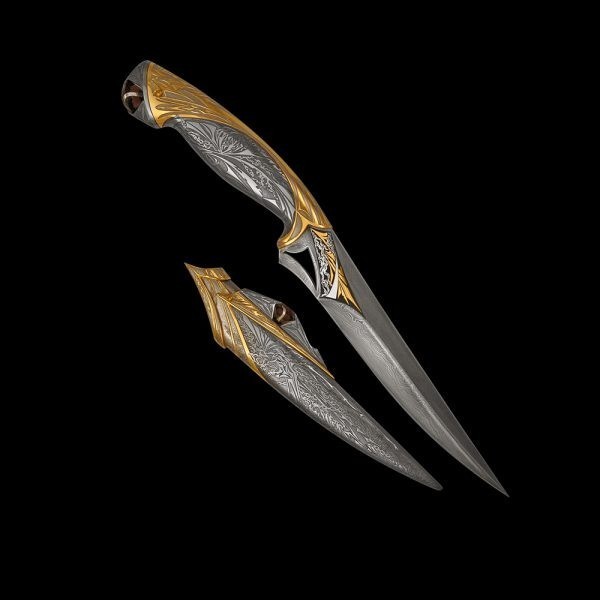 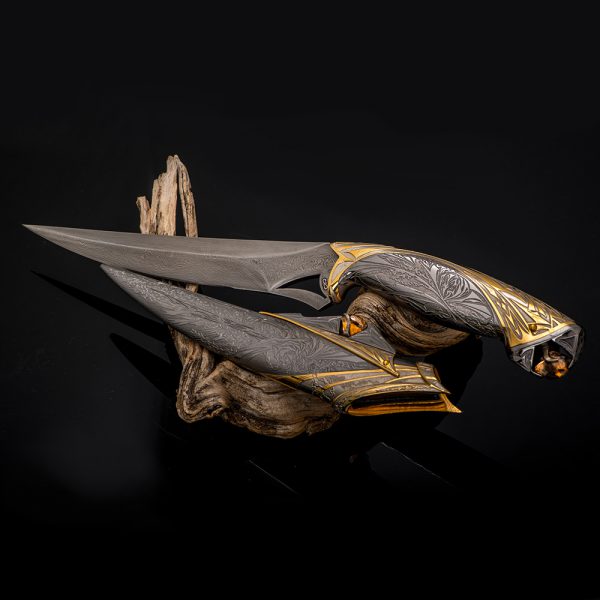 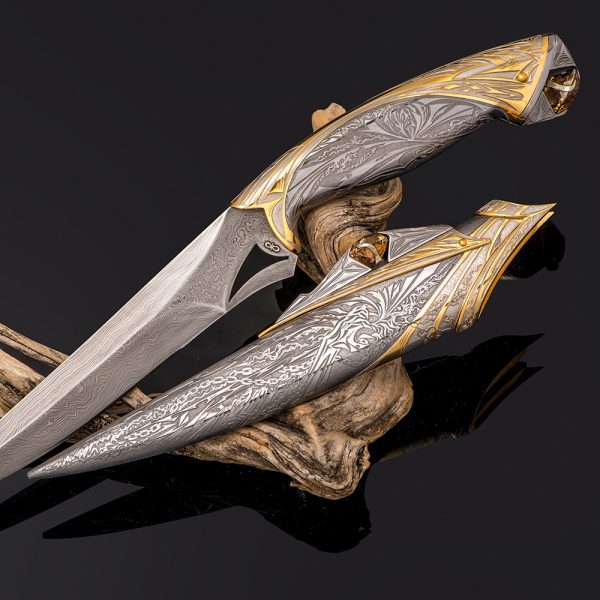 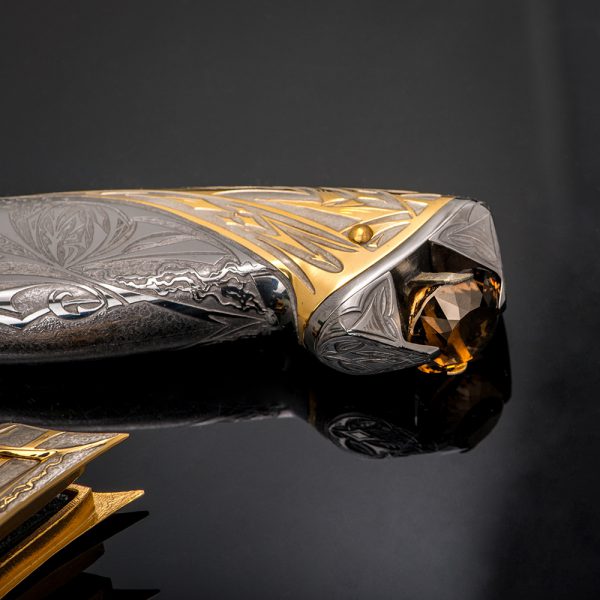 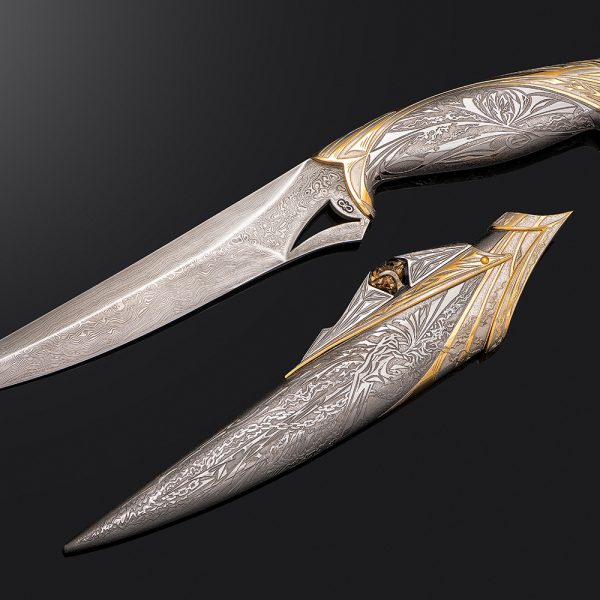 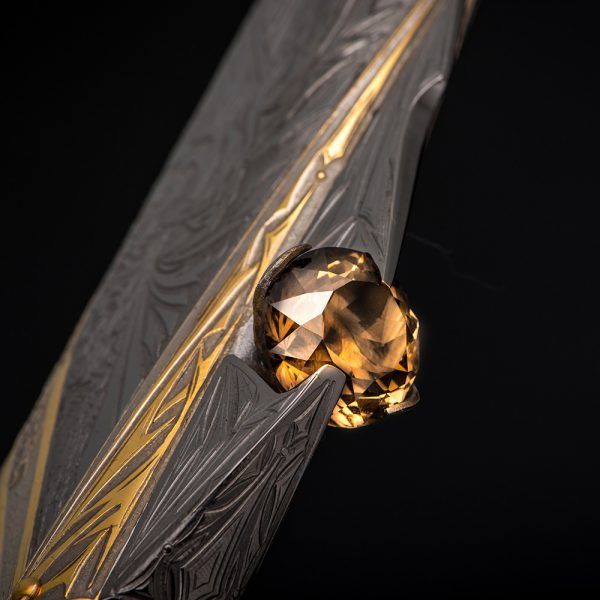 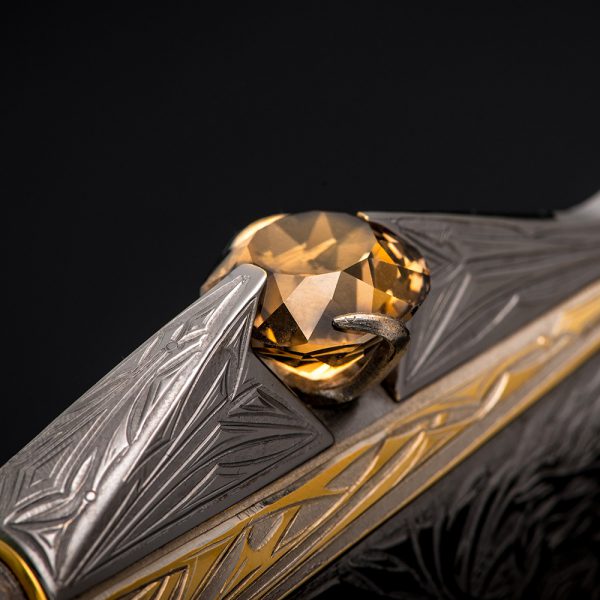 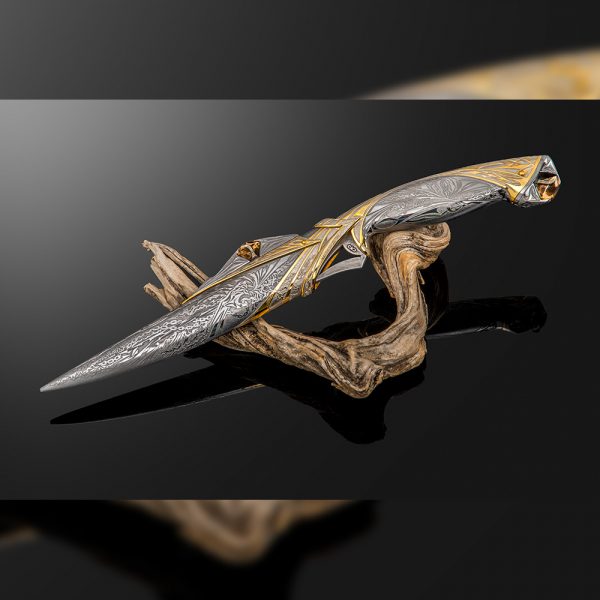 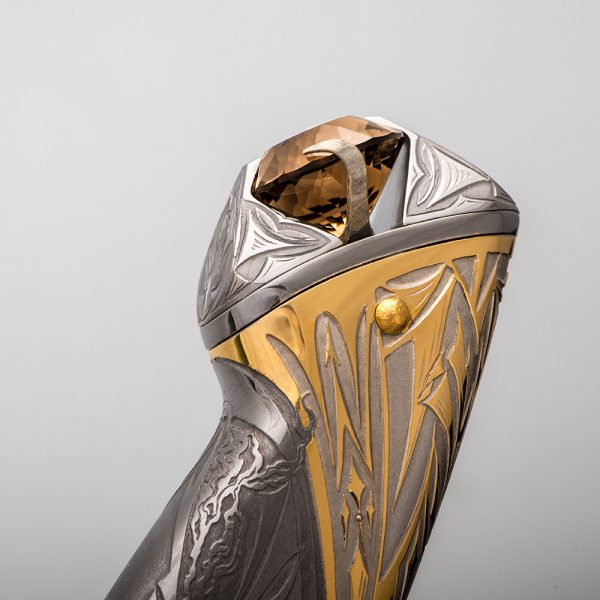 The idea of creating a “Spawn” knife was inspired by the authors of the “Spawn” movie based on popular comics that have become famous throughout the world at the same time as Batman, Superman, and Spider-Man. Like all superheroes, the main character saves the world. In the past, the special agent of “maroon berets”, he got a chance to return to Earth to fulfill a great mission. Endowed with special superpowers, Spawn became the guardian of justice and chose the path of salvation for the whole world and humanity.

This original knife with a perforated blade from the weatherproof damask steel Zladinox symbolizes the moment of transformation of a person into a super creature – a mystical superhero. Large perunites used to decorate the scabbard and hilt recall the emerald eyes of Spawn. The shape of the blade and all-metal scabbard, pointed ornamental elements, stone cutting – all this emphasizes the image of a fantastic hero.

Who of us ever dreamt in childhood to save the world at least once? After watching the next movie about superheroes, who of us has ever projected their adventures on ourselves? Who, even at present, wants to accomplish a feat or make this world better, cleaner, brighter? We are sure that such a knife can become an unforgettable gift for an enthusiastic person, for a man with character, for a friend whom you can share the most challenging fantasies with.