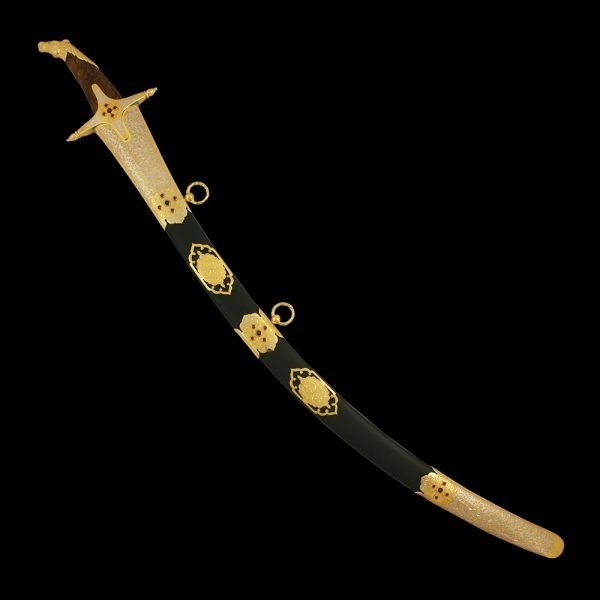 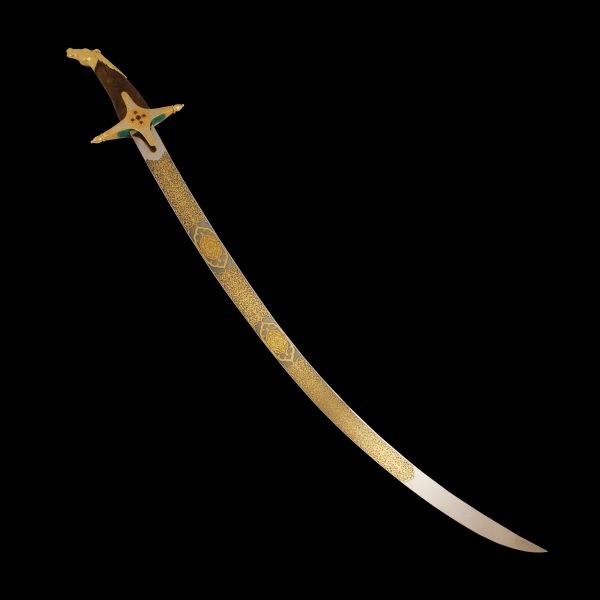 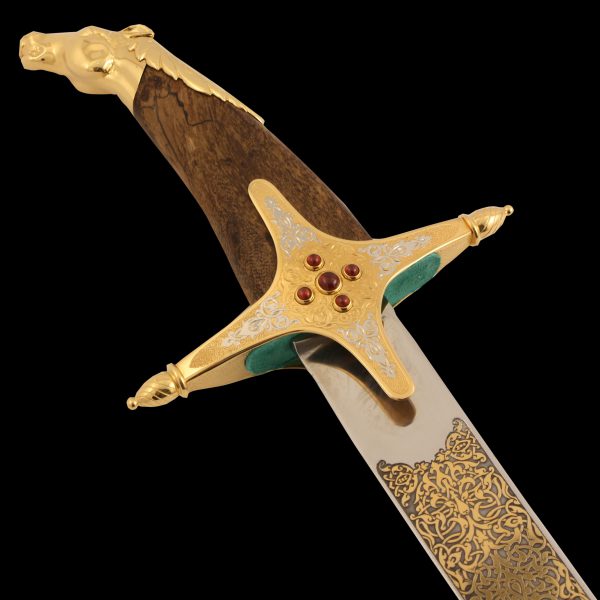 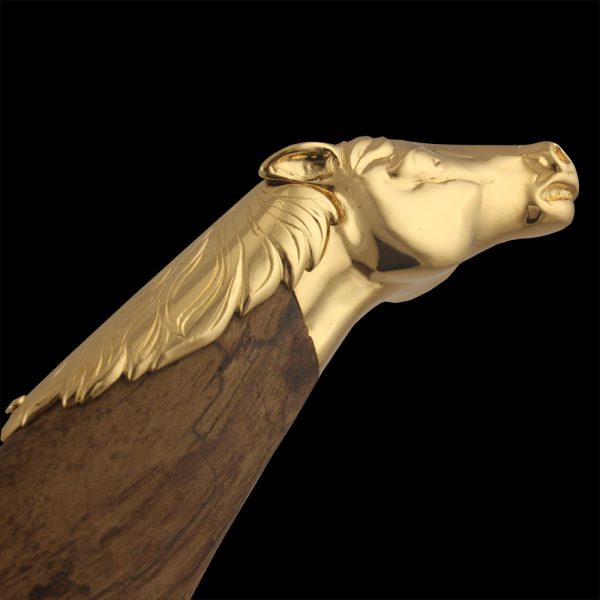 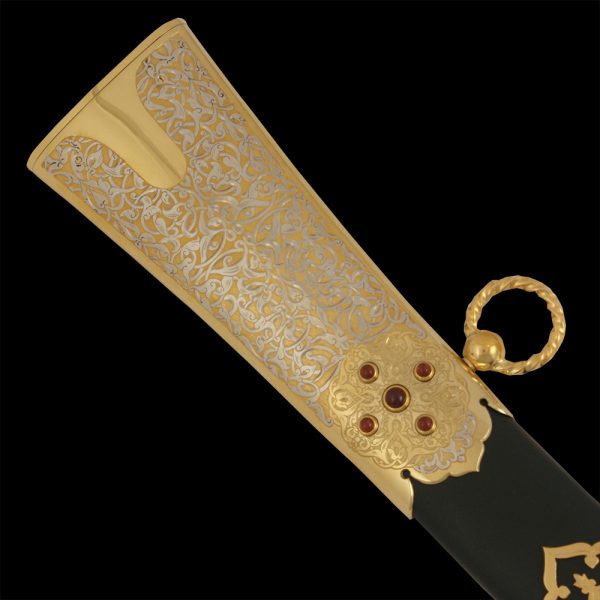 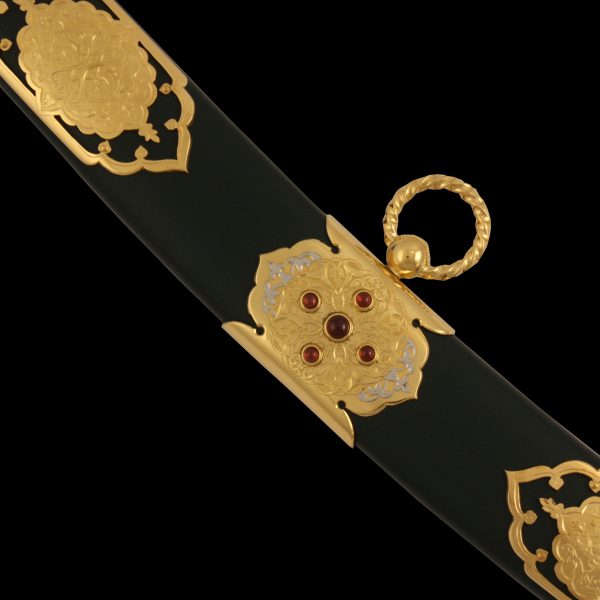 A saber with a forged blade characterized by a pronounced bend towards the butt. The top of the hilt is presented in the form of a horse’s head, a symbol of animal vitality, beauty, grace, power and a bewitching harmonious movement.

Horse is a symbol of fidelity and, at the same time, indomitable freedom, fearlessness, military valor and glory.

The saber was made on the basis of a shamshir of the middle of the XVIIIth – early XIXth century. Shamshir in Turkish means “saber”. Similar examples of Arabic (having a uniform bend) and Turkish (having a bend starting from the second third of the length) are considered the most successful of the eastern sabers.

The scabbard of the saber is covered with genuine leather. Metal inserts on the scabbard are decorated using the technique of the Zlatoust engraving on metal and complemented with inlaid stones. The blade of the saber is made of high alloy steel used to make working cutting tools up to surgical scalpels. The entire width of the blade is covered with an oriental ornament, applied in pure gold. The hilt of the saber catches the eye. This is because a horse’s cast head on top. Its mane smoothly rests on a wooden hilt giving it a finished look.

The saber is made by hand to decorate the interior. Masters of Zlatoust are suppliers of souvenir samples of edged weapons, designer dishes and decorative empire style elements for the main residence of the President of Russia, the Moscow Kremlin.