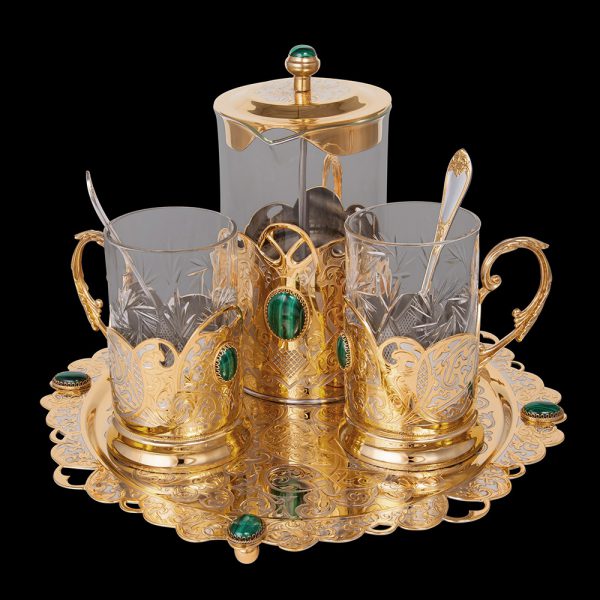 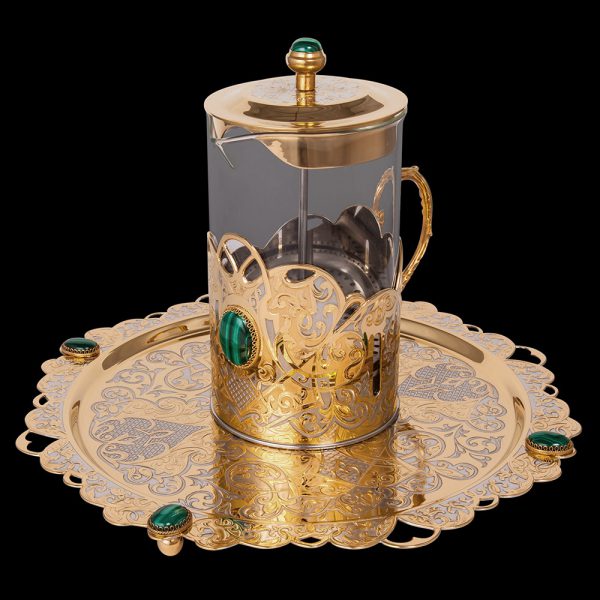 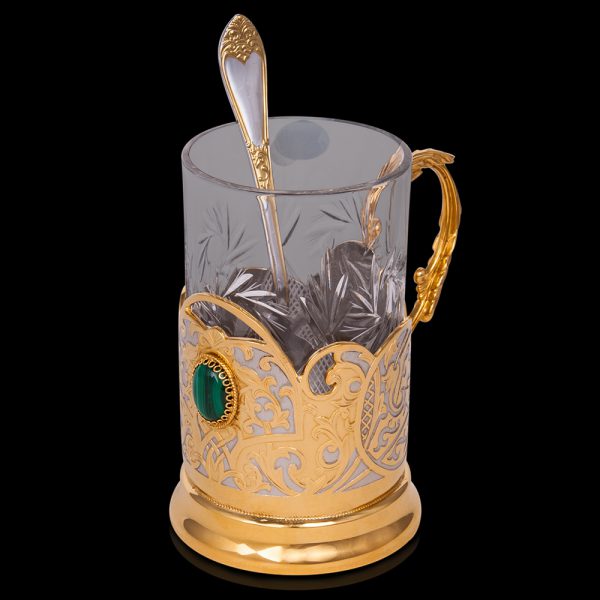 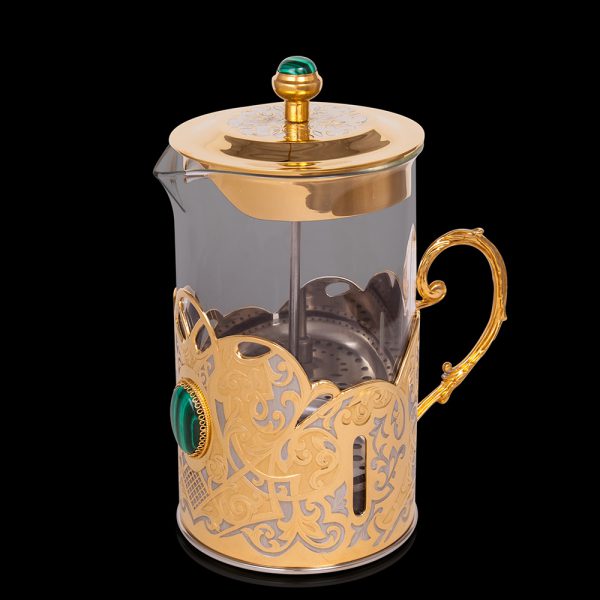 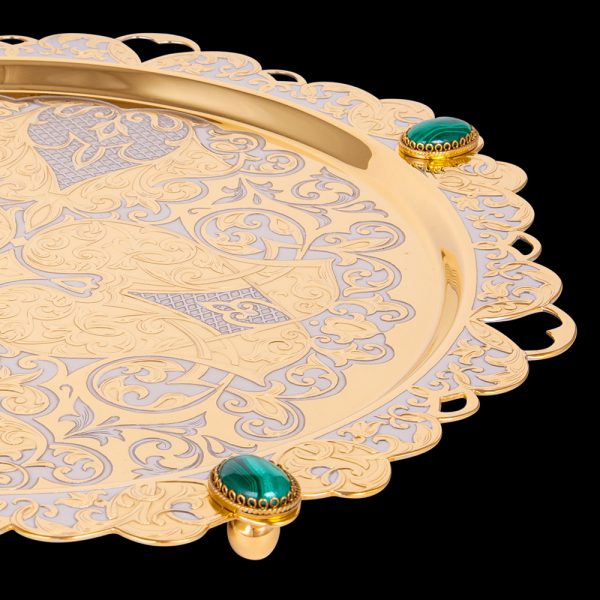 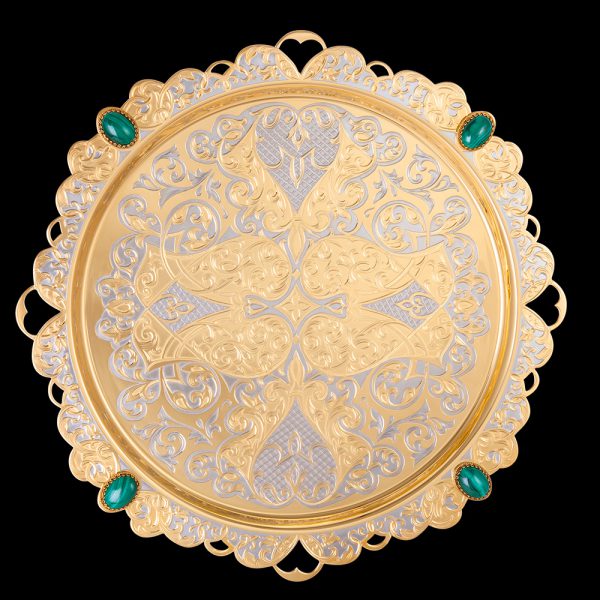 Handmade tea set includes dishes, cup holders and a French press. It is decorated with original floral ornaments and malachite cabochons. Tea glasses are made of crystal. Spoons are made of cupronickel.

Dishes are the pride of any housewife and at the same time a pleasant gift for her. The set comes in a gift box made of wood which will preserve all its qualities and give a feeling of an expensive gift 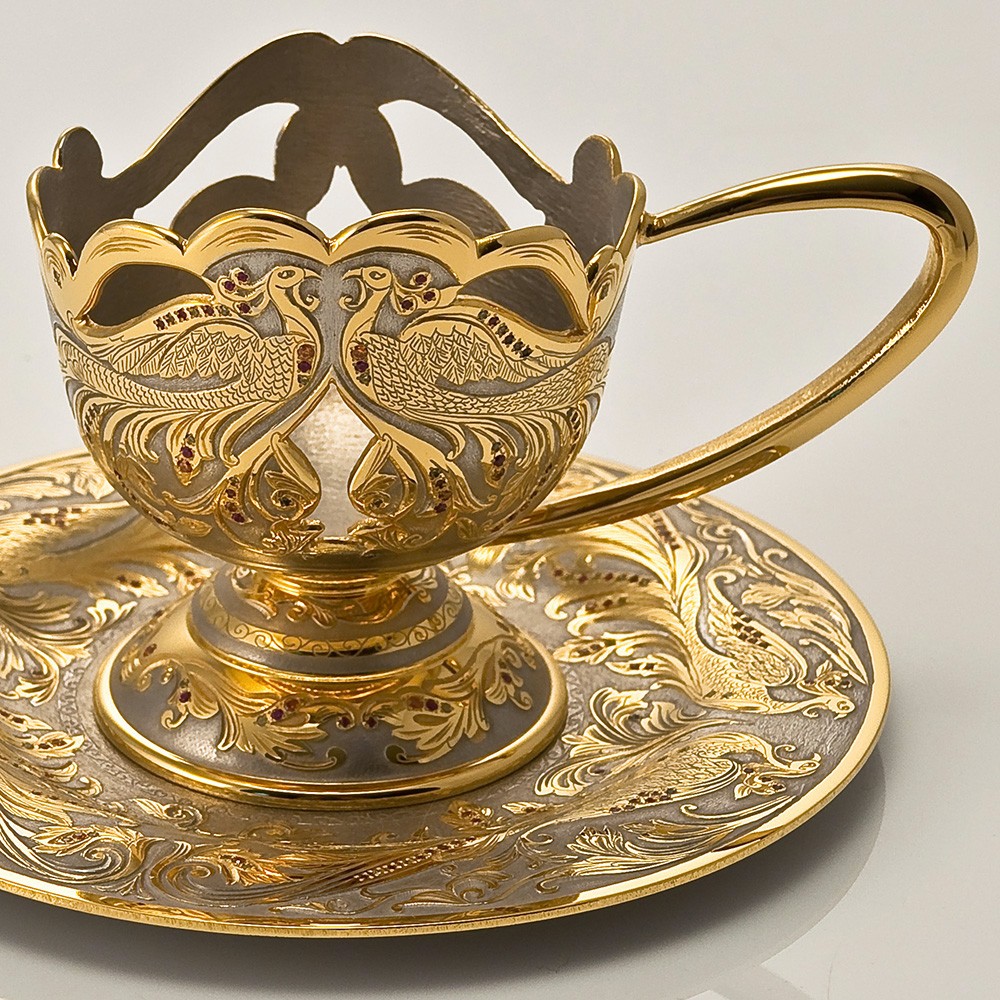 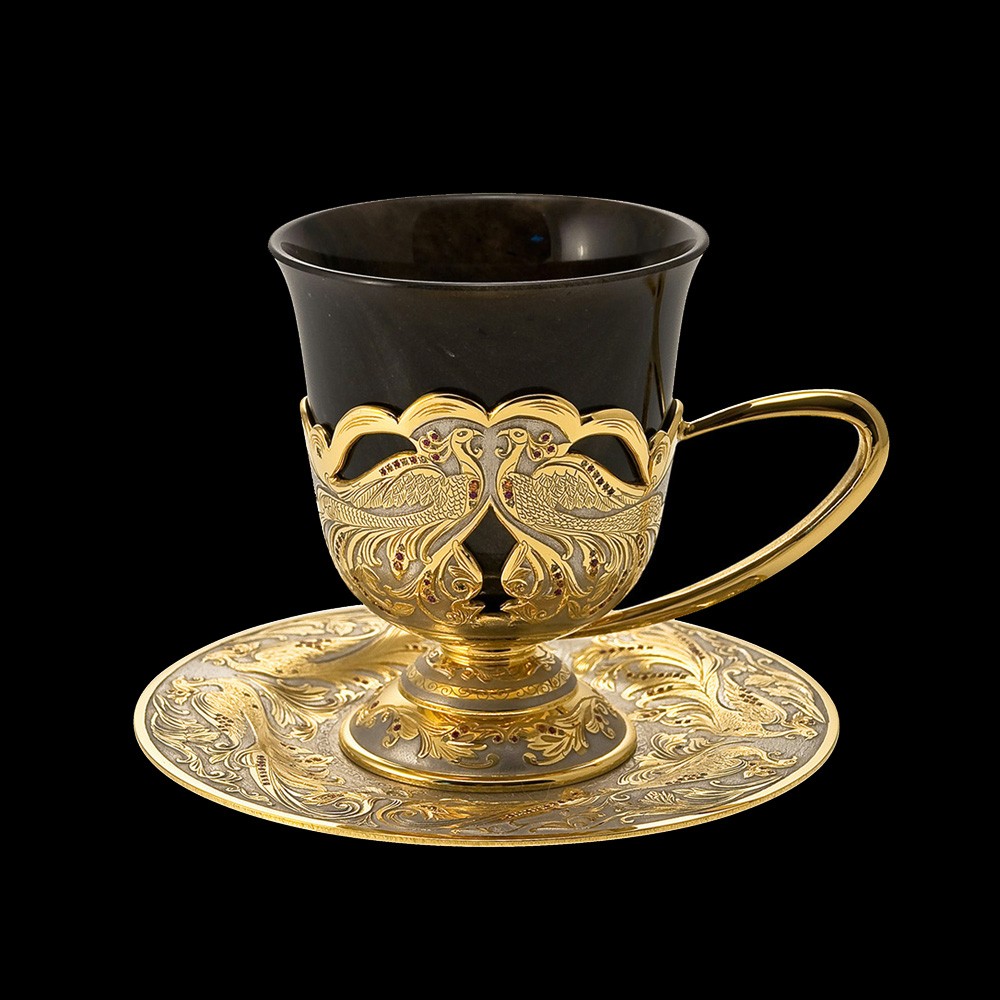 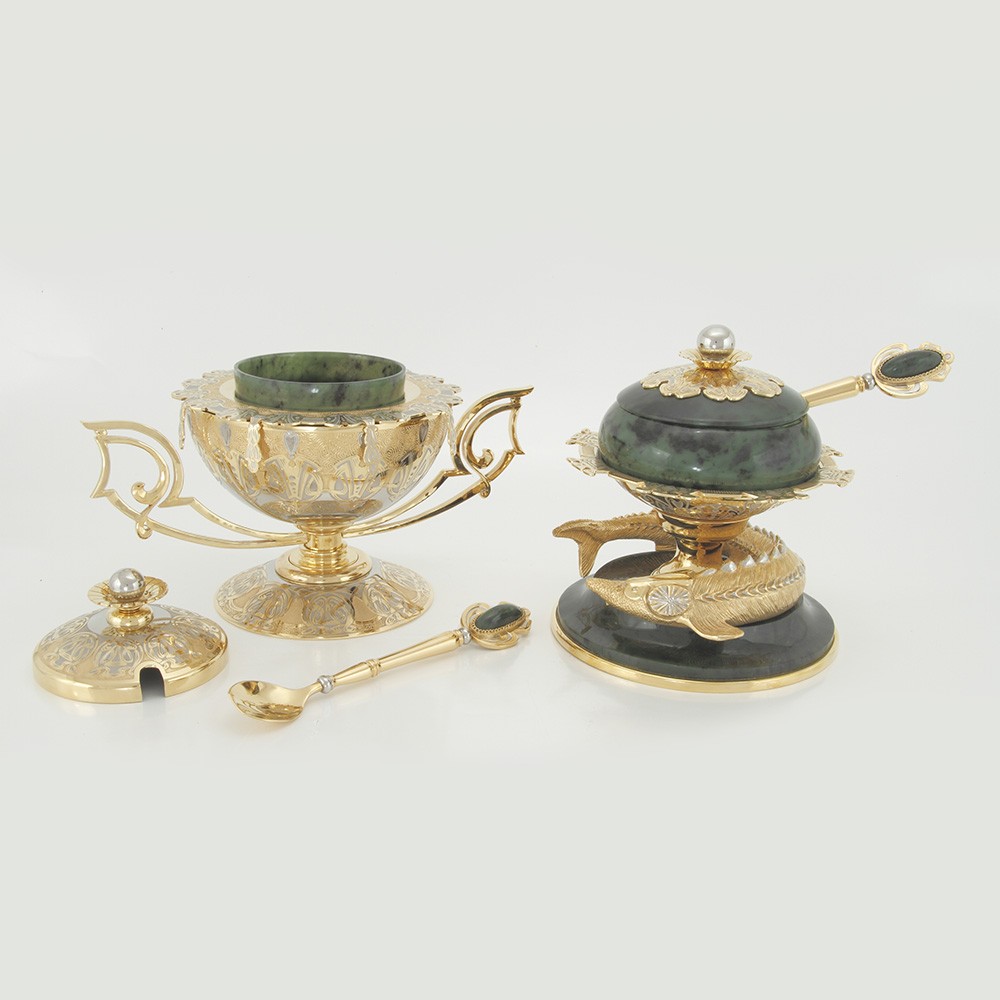 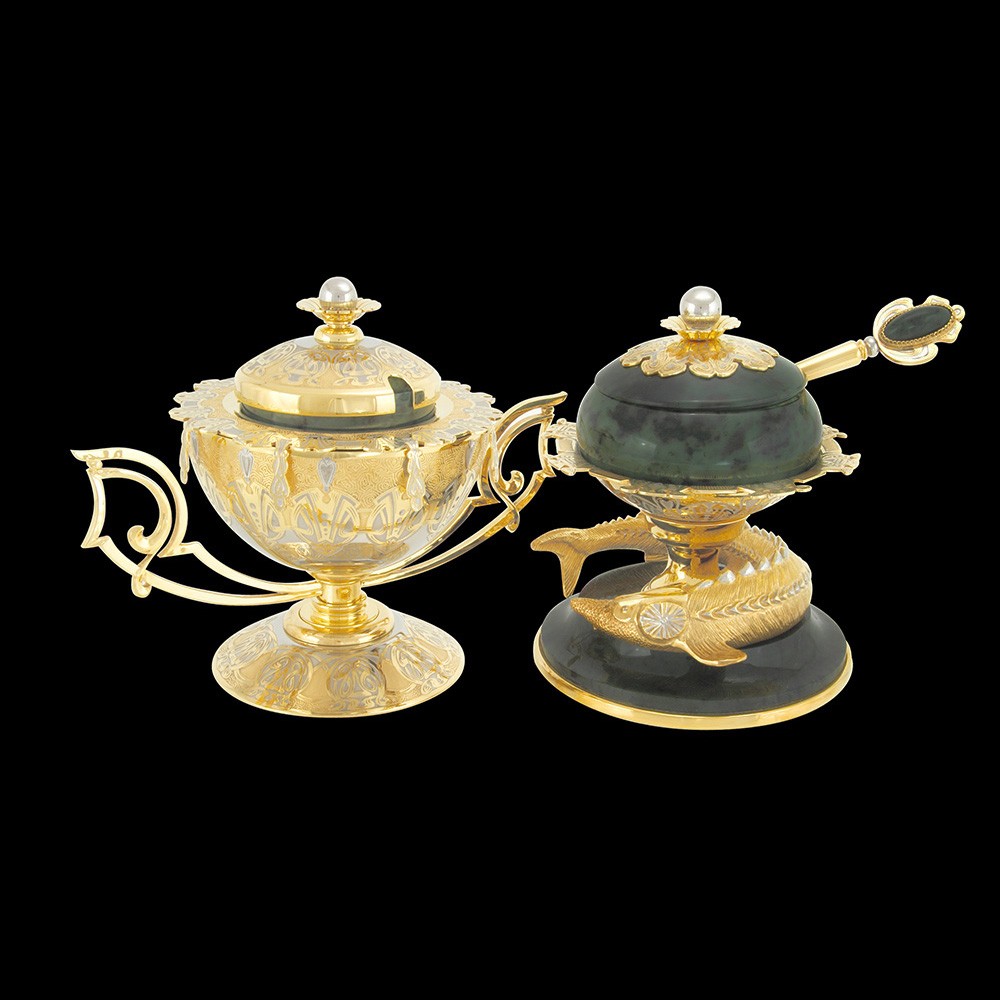 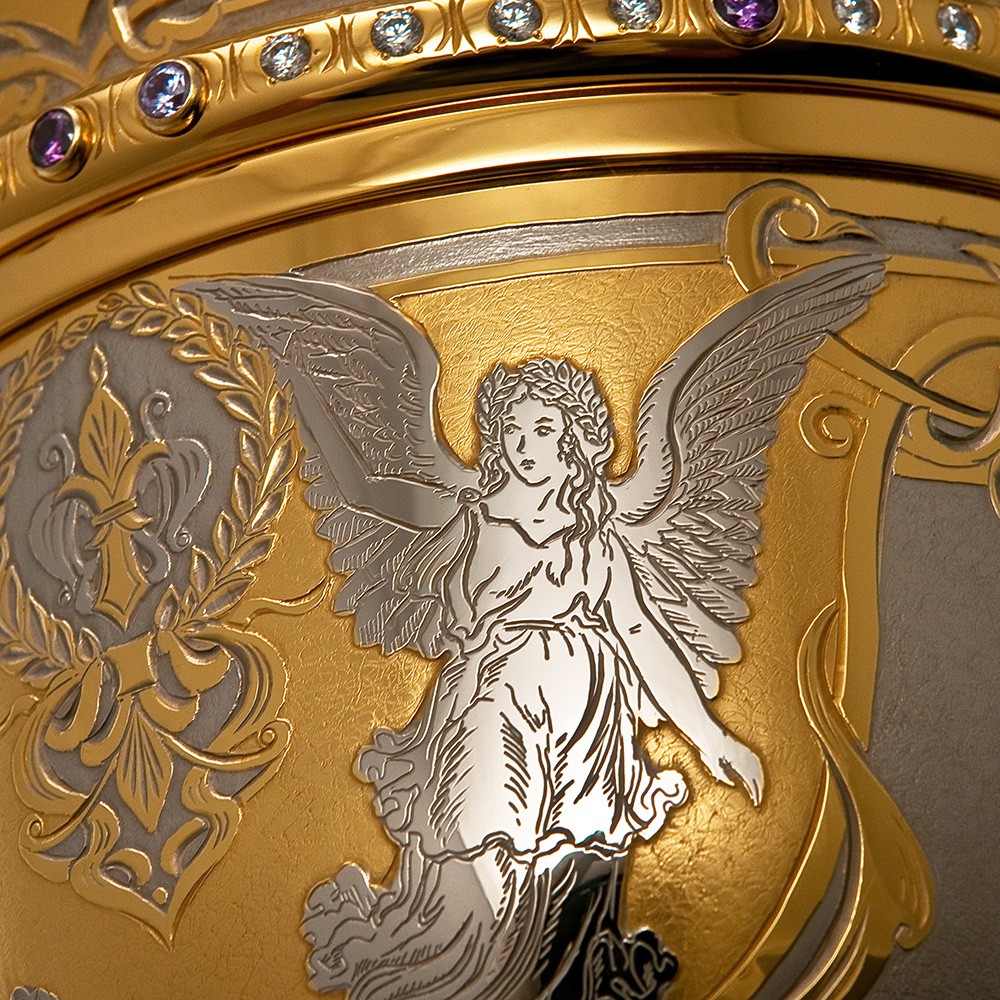 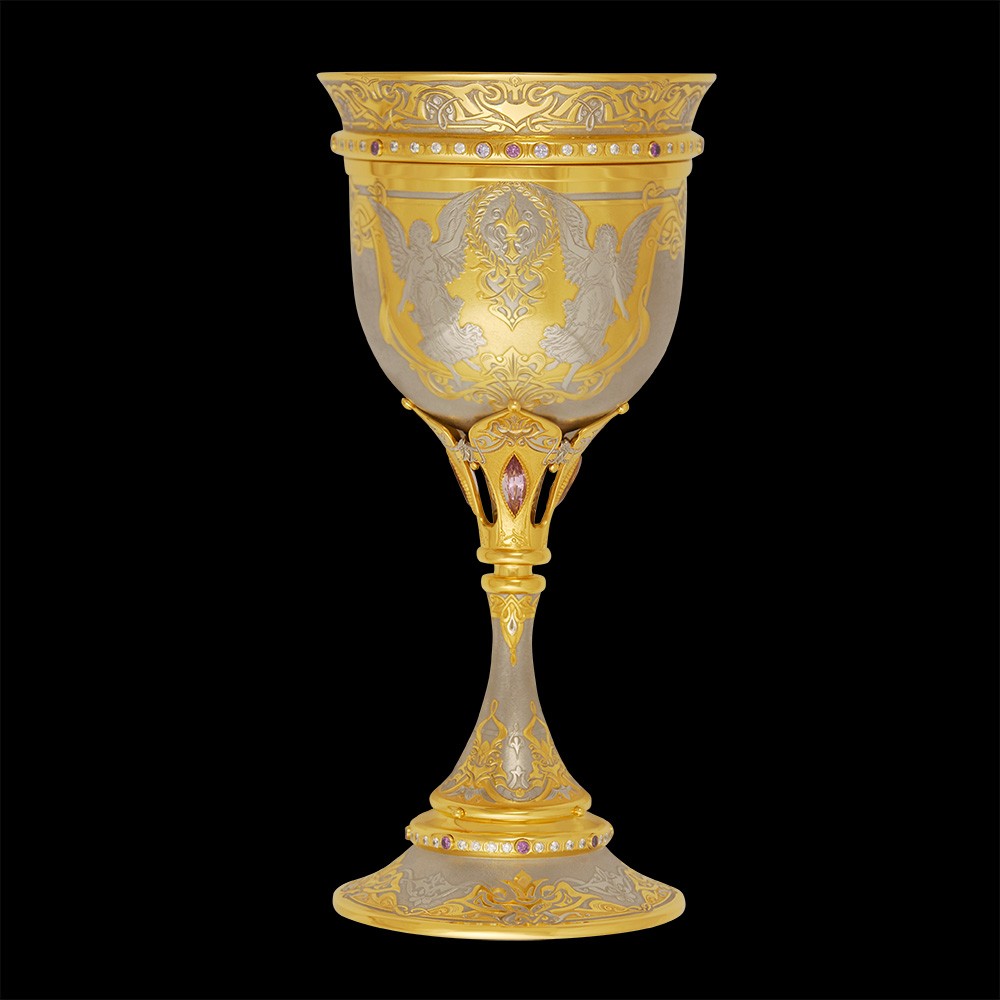 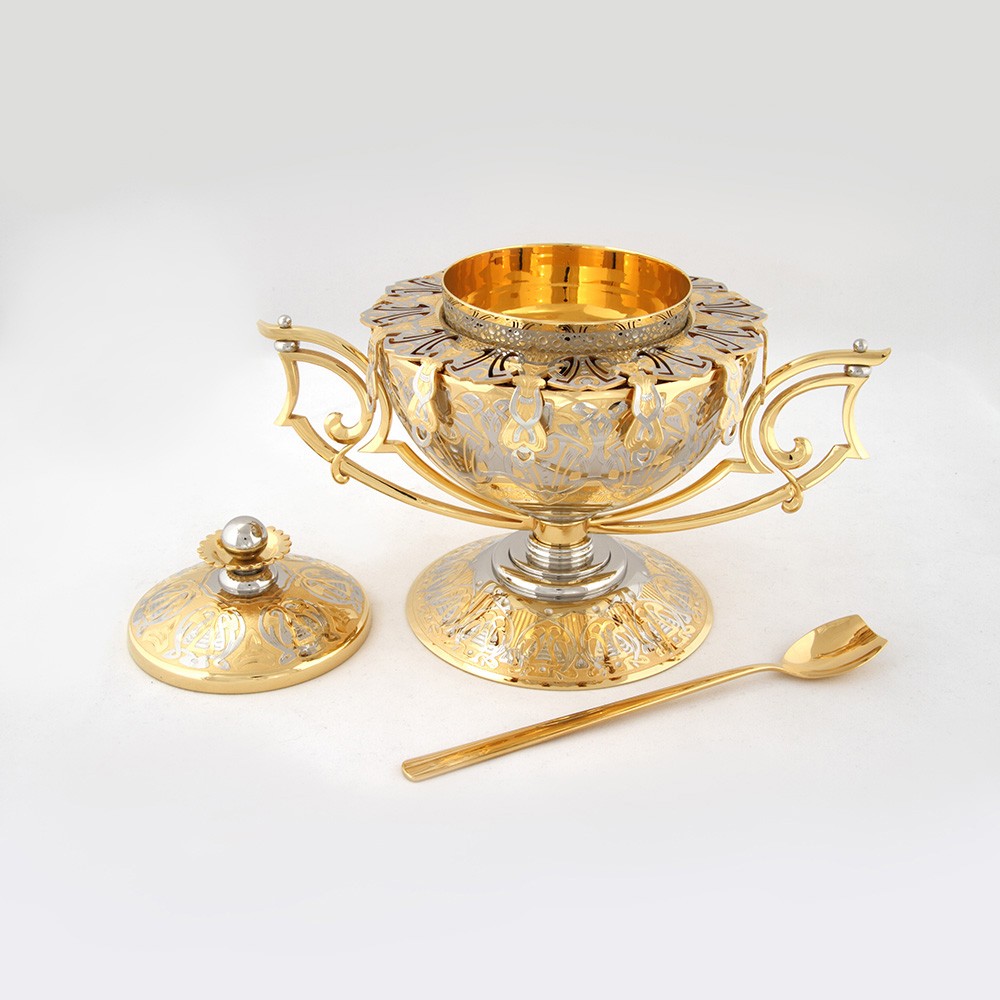 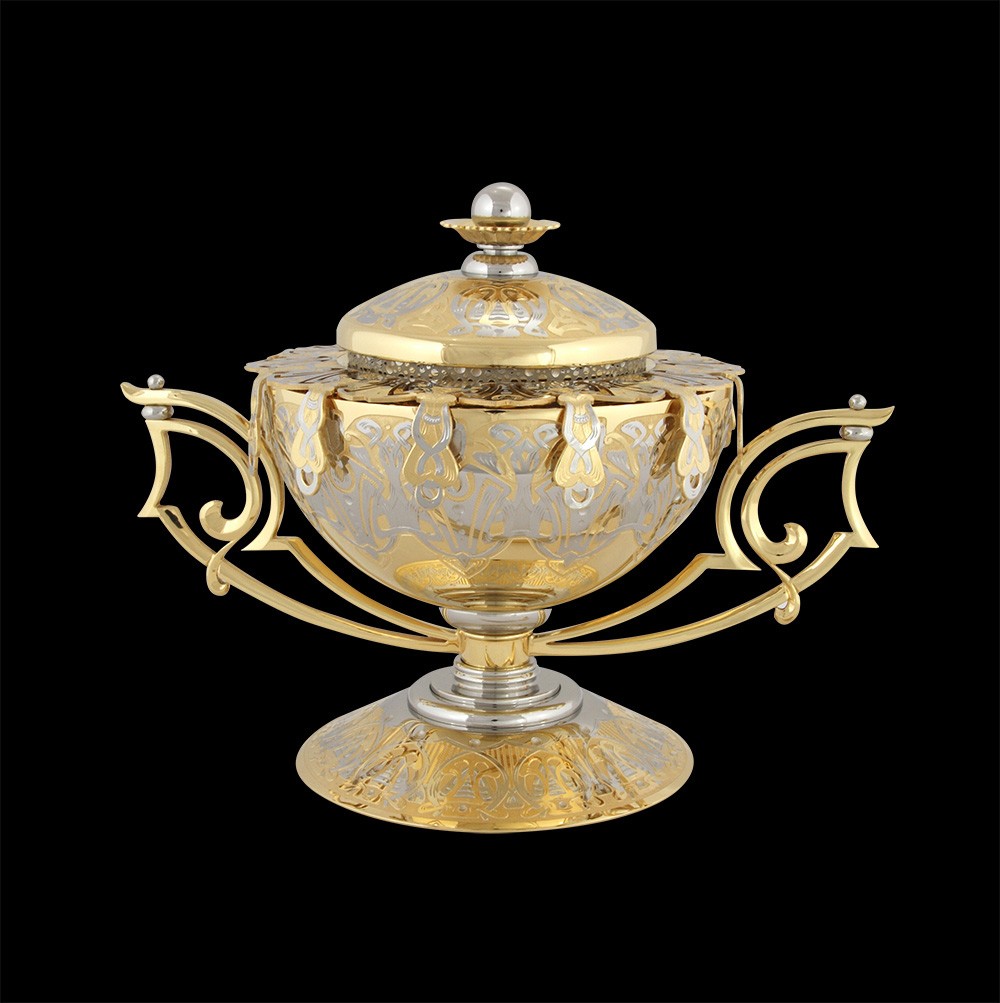 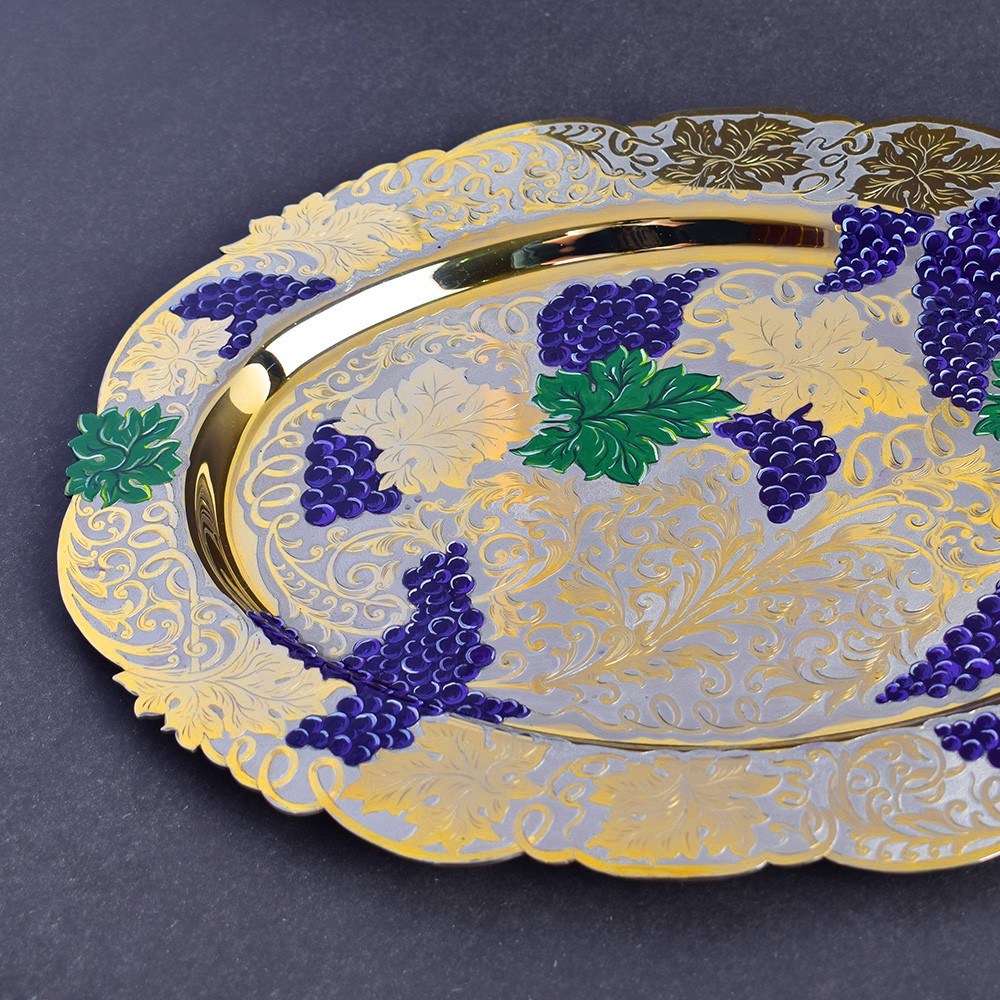 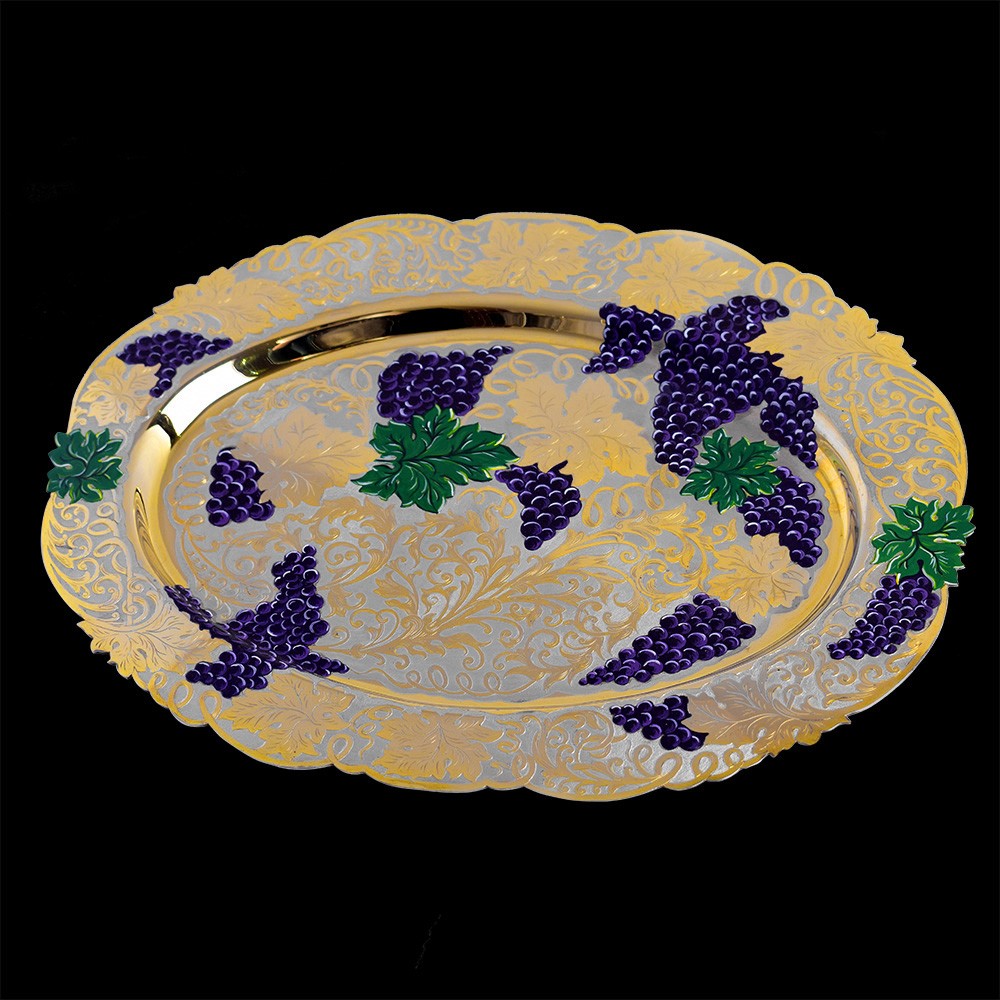 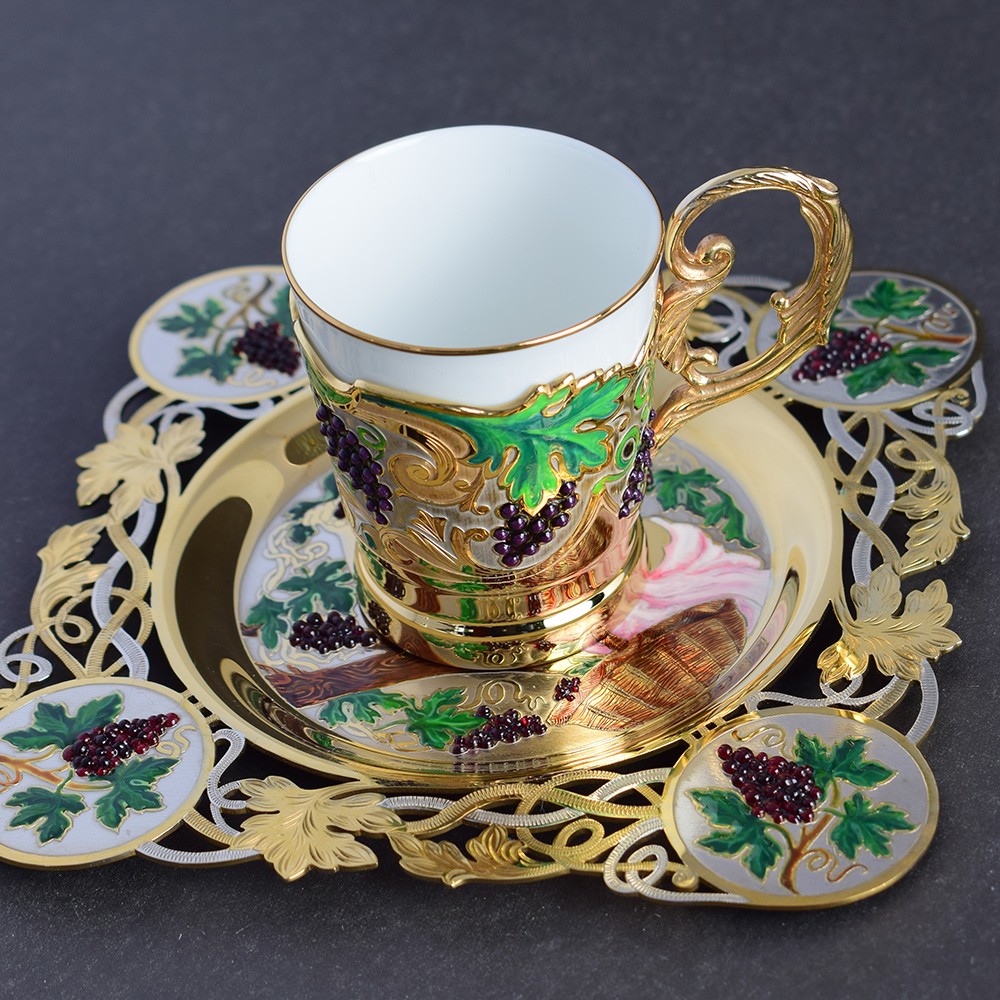 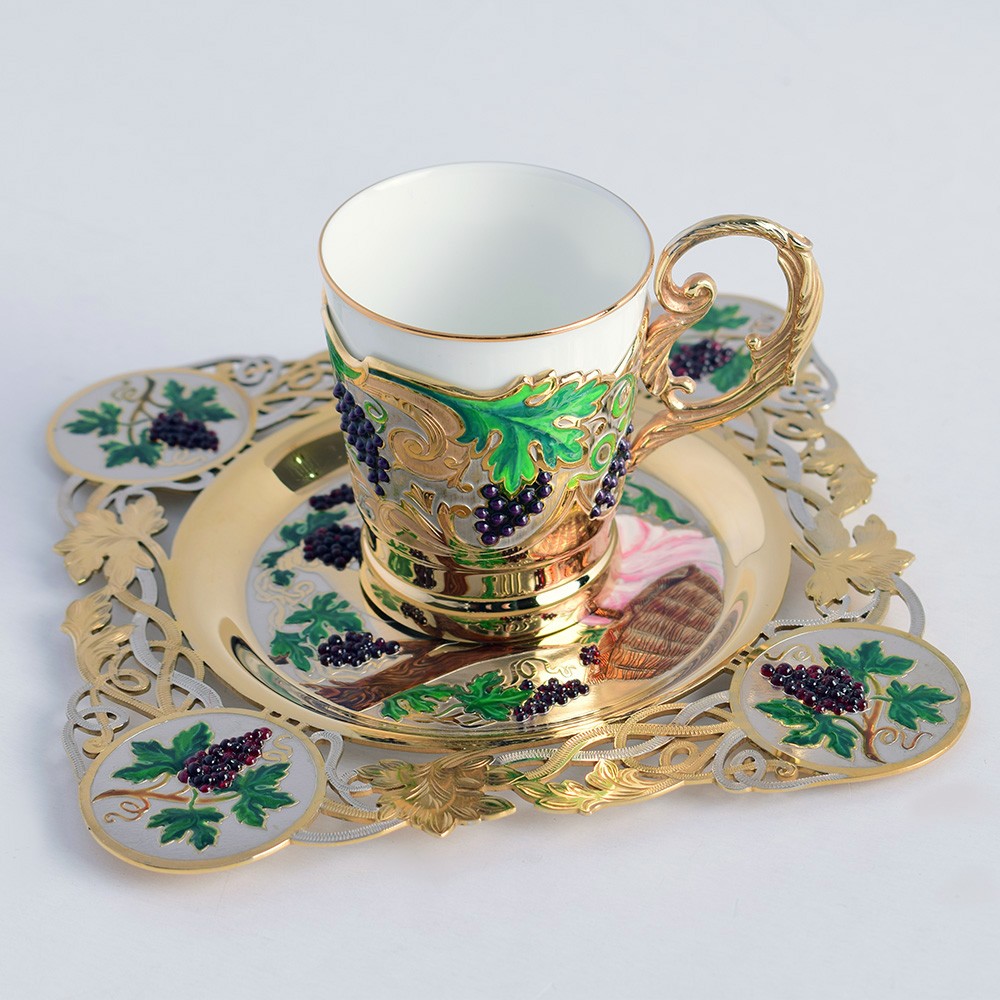