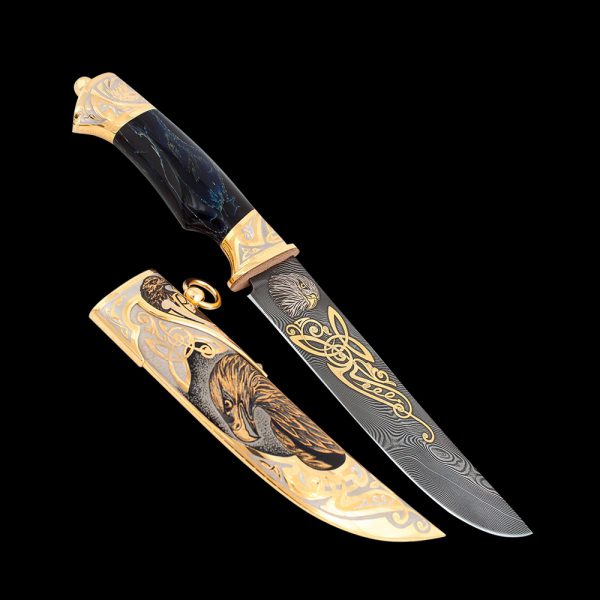 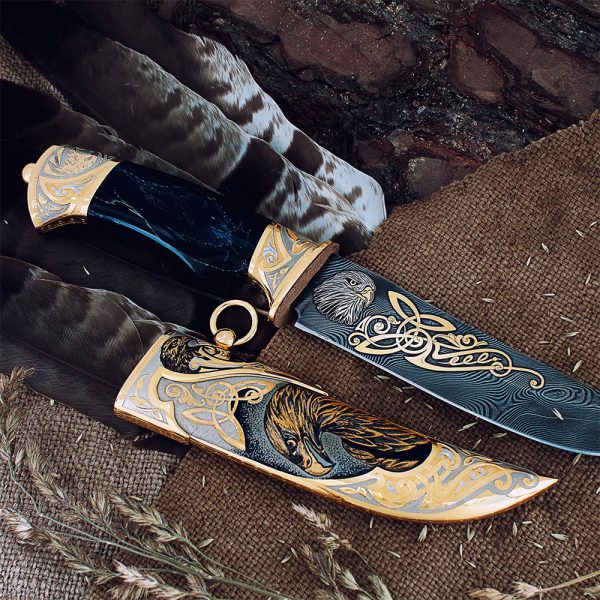 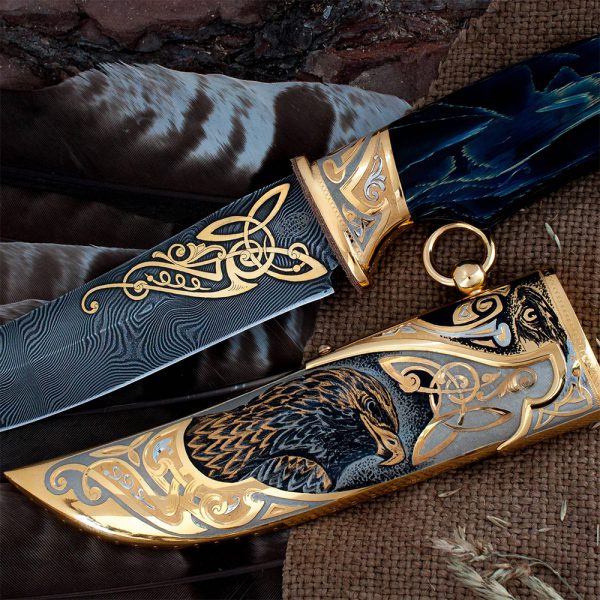 In search of souvenir weapons which can be a worthy gift to a strong man, the choice of Zlatoust masters is justified. For 200 years, craftsmen have been making premium weapons for world leaders and collectors.

Since 1815, by decree of the emperor of the Russian Empire, an arms factory was established in Zlatoust, which became the best in the country; the works of Zlatoust masters were awarded gold and silver medals at international exhibitions. Keeping traditions and gaining experience, masters create masterpieces of decorated weapons today. One of such customers was the President of the Republic of Guinea. A unique saber and order were made especially for him. The present was timed to coincide with President Alpha Conde’s birthday.

The hilt of the “Heavenly Predator” knife is made of blue resin. A pattern fascinates with its cosmic depth. The eagle image decorates the blade of a graphite-colored knife. It is applied with pure gold on a damask steel sheet. The knife has with all-metal scabbard. The decor of the scabbard is a floral ornament plated with gold and nickel. The central figure of the scabbard is an image of the eagle. Applying a pattern on metal became possible thanks to the technique of Zlatoust metal engraving. The technique emerged after the arms factory was established, and since 1829 it has already been awarded.

The knife is completed with a gift wooden box.