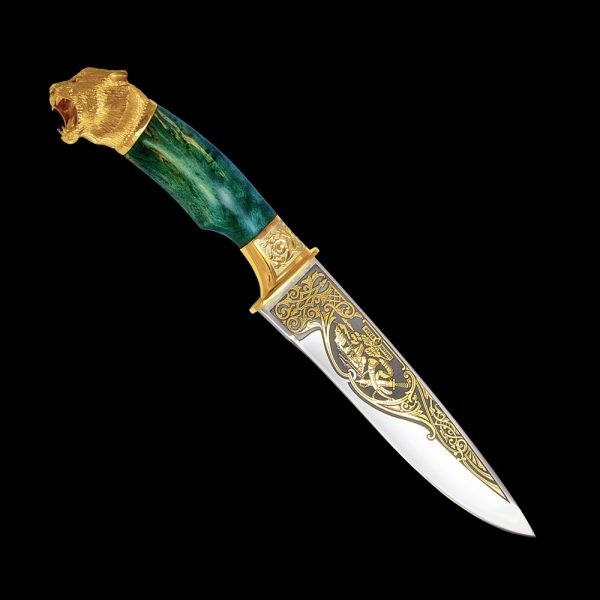 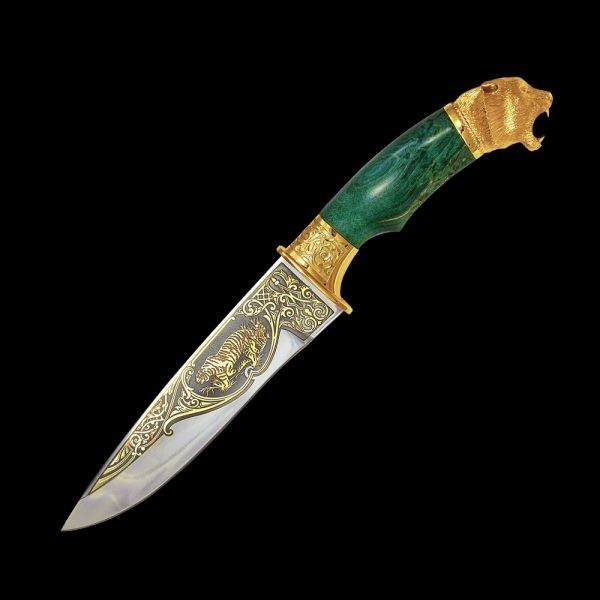 Handmade knife is a classic men’s gift. Since ancient times, it was customary to present a knife for birth. Both men and women wore knives on their belts. After all, it was the knife that was the talisman and cult object, protecting its owner. This example of souvenir weapons with a tip in the form of a tiger head is a symbol of charisma, sensuality and power, an option of a symbolic gift.

The knife hilt is made of stabilized wood wart. It gives wood extra strength, as well as shows the pattern of wood fibers. The process includes impregnating the preform in a polymer solution; often dye is added to the solution. Under high pressure, the polymer penetrates the wood structure, dyeing the fibers. Depending on fiber density, the dye saturation appears. So a fantastic hilt pattern appears. The hilt is made with a finger recess which prevents the fingers from sliding off the hilt to the blade. The tiger is a central figure that decorates the knife. The image of the tiger is applied to a knife blade using the Zlatoust metal engraving technique.

For the second century in a row, the Zlatoust metal engraving is an original and rare kind of Russian craft. It was born at the beginning of the 19th century as a way of decorating author’s edged weapons made at the Armory founded by decree of Tsar Alexander I.

The knife is packed in a stylish wooden box and is ready for gifting.