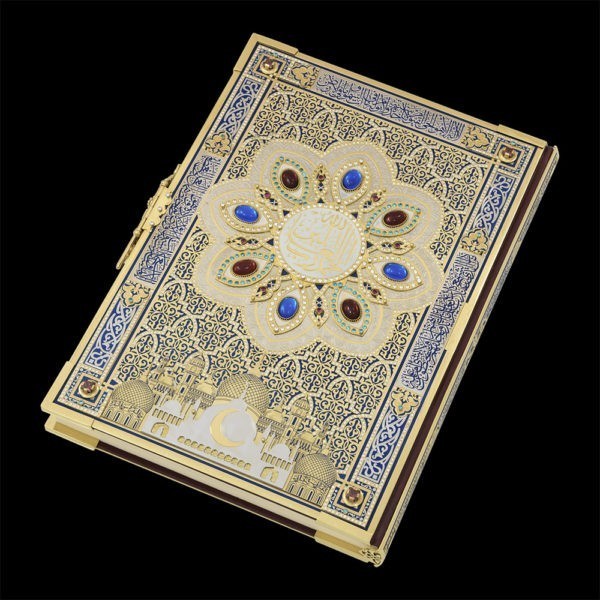 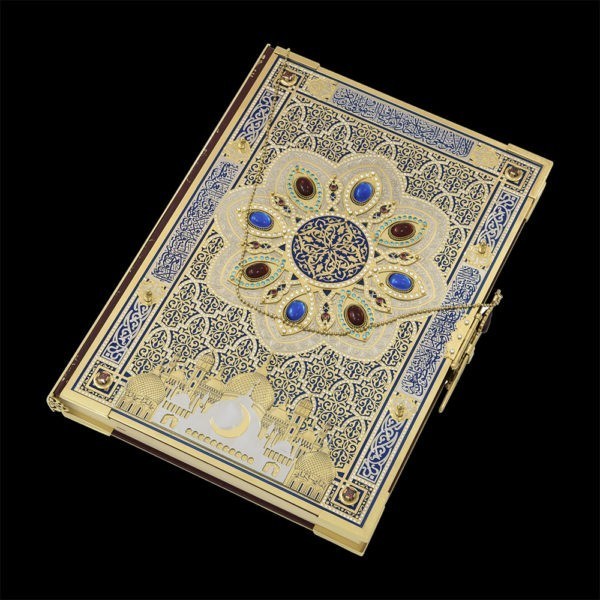 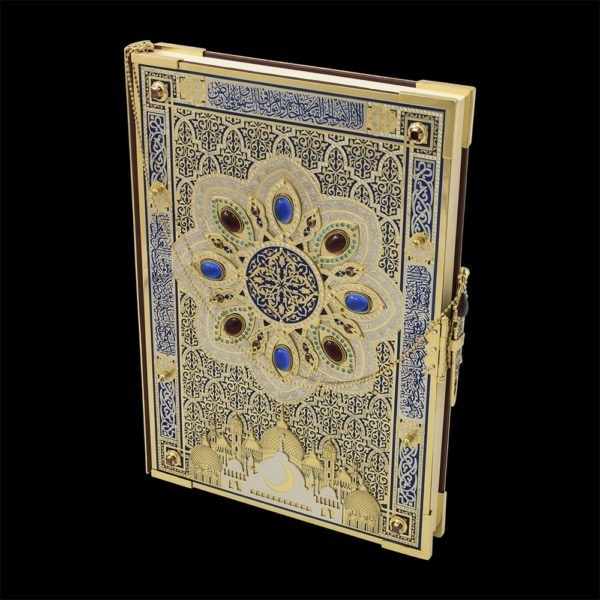 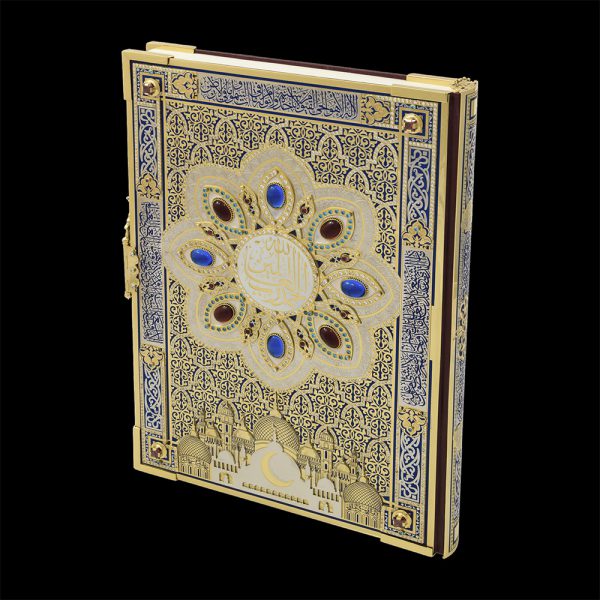 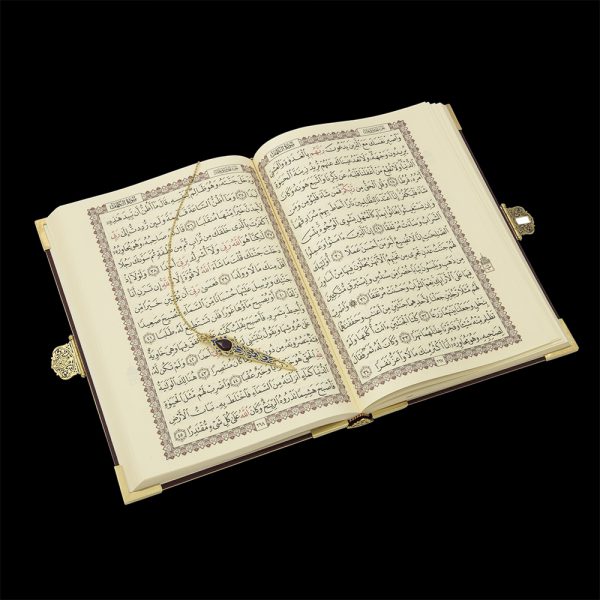 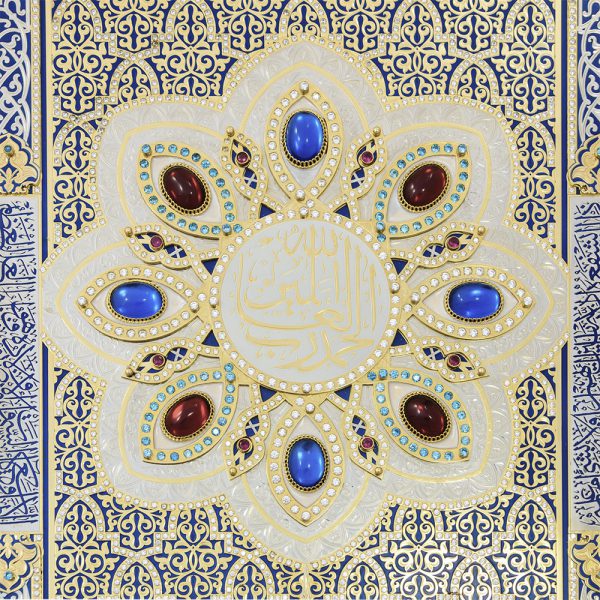 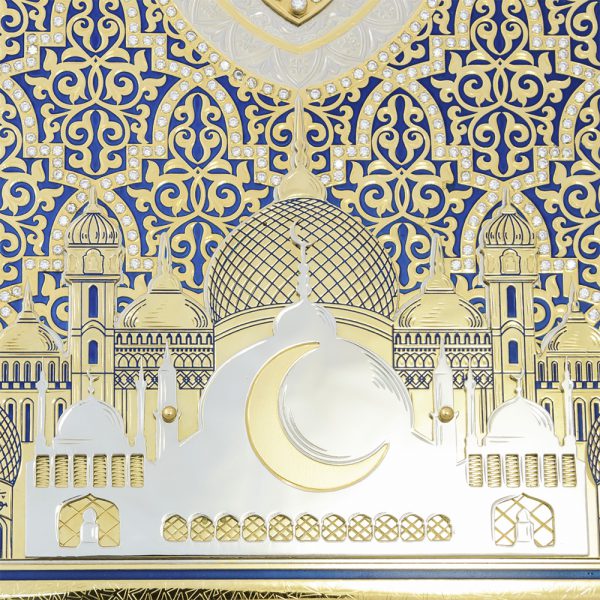 Al Baccara is the second sura of the Holy Quran

The casing for the Quran, the holy book of Muslims, is made using the technique of the Zlatoust metal engraving. It is plated with gold of the highest standard, artistic enamel, decorated with onlaid cut out elements, richly inlaid with jewelry stones.

The pattern on the front and back sides of the casing is made in oriental motifs with Arabic script. Al Bakkara sura is on three sides of the casing. The bottom of the Quran, on both sides, is decorated with an onlaid element in the form of an eastern city with minarets.

Particular attention is paid to the lock of the Quran. It serves to close the book, but it is also a bookmark, for convenience it is fixed on a chain. The clasp of the lock is decorated with oriental ornaments with inlaid cabochon in the form of a drop of amaranth (a valuable species of wood).

Al Bakkarais the second sura of the Holy Quran (translated from Arabic as the “Cow”) and refers to the Medina period of the life of the Prophet Muhammad. This is the longest sura in the Quran – it has 286 verses. Allah sent down the verses of the “Cow” after the Hijra of the Messenger of the Most High to Medina. The beginning of its text is a kind of continuation of the first, “opening” sura of the Quran, Al-Fatiha. There, the thoughts expressed in the previous sura are revealed in more detail. Al Baccara recalls that only the Quran is the main guide for Muslims. The surah tells about those blessings that Allah bestowed upon believers with his mercy. The fate of the atheists is also described in the verses in detail. Items that embody the Muslim faith may decorate both home and workplace. Each Quran contains a piece of the master’s soul which gives the product special beauty and light.

Thanks to the skillful decor, the Quran is of collectible and artistic value. Over time, it will have antique value as well.

Quran with casing decorated with gold and stones

Golden panel – Muslim with a minaret 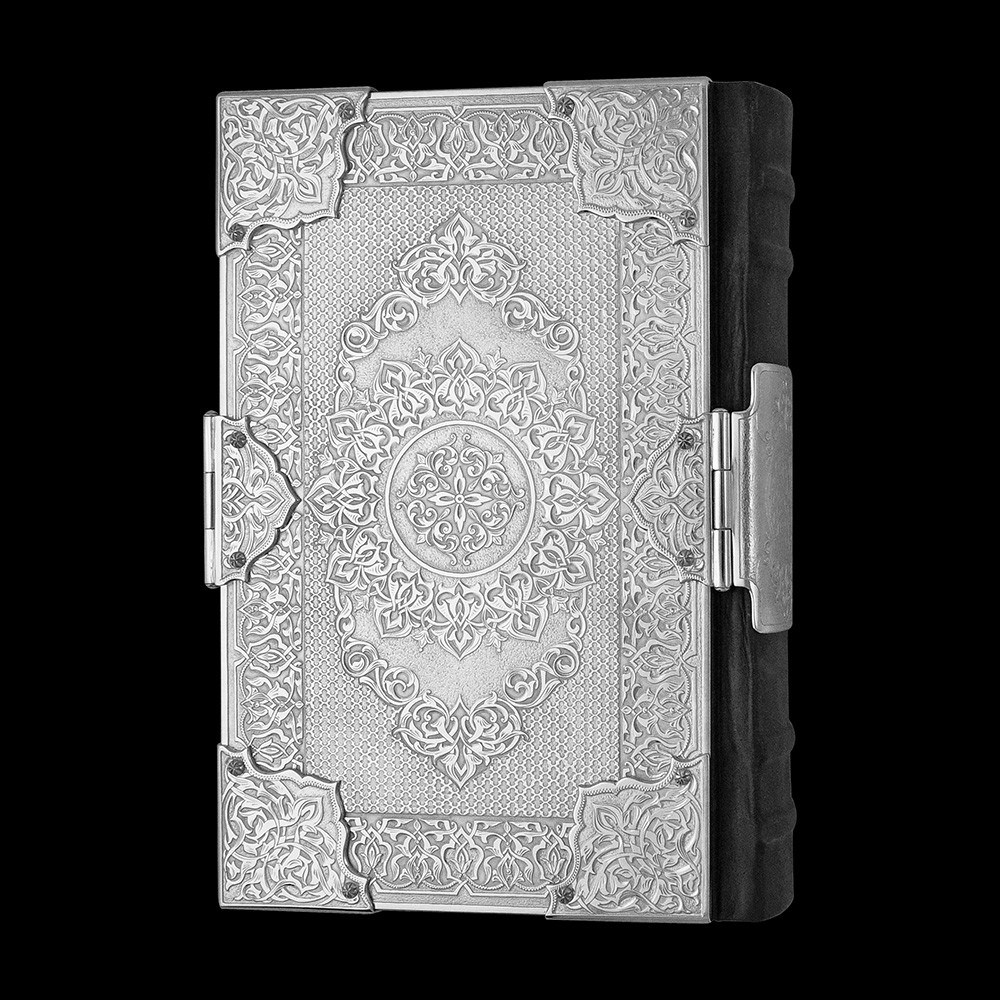 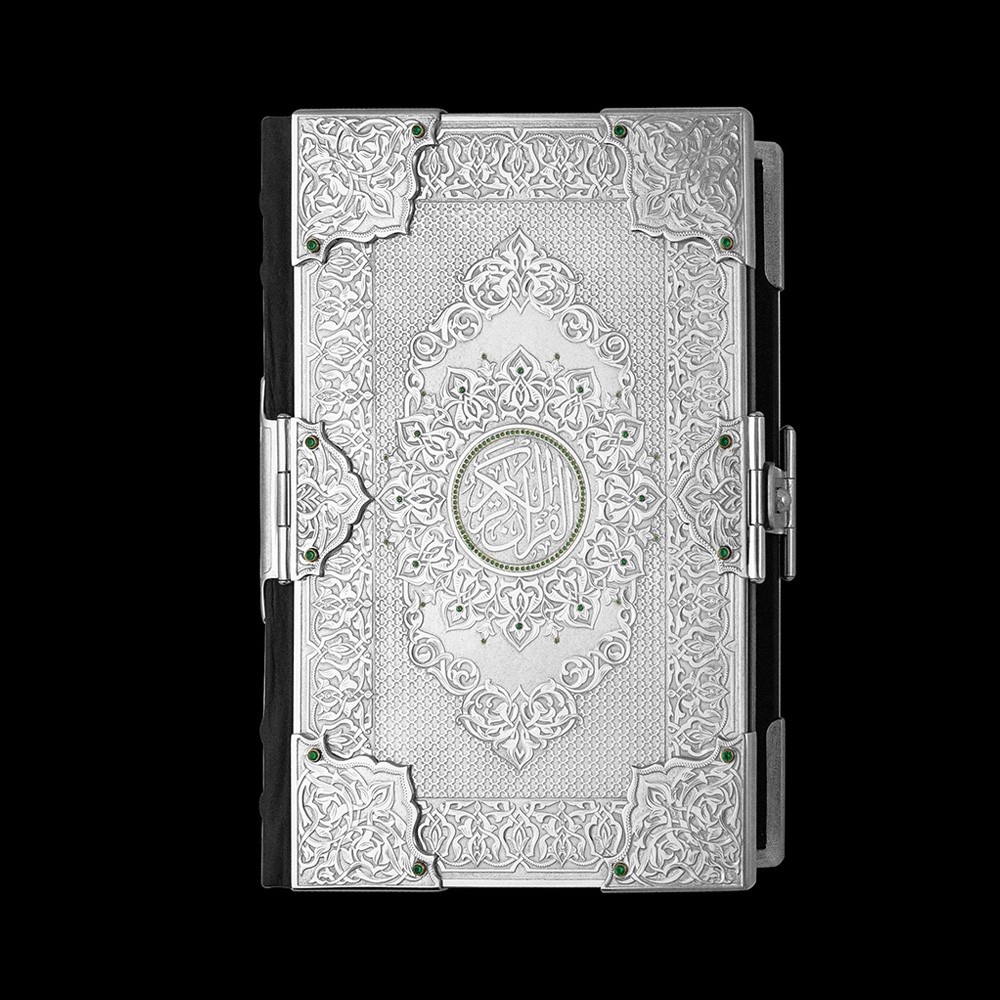