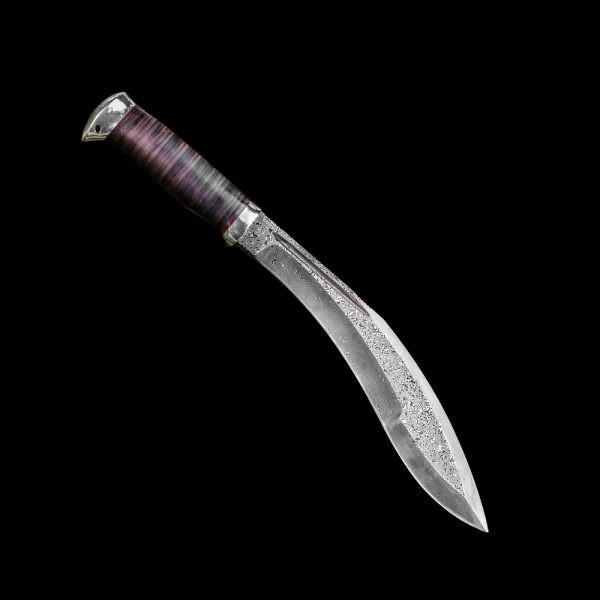 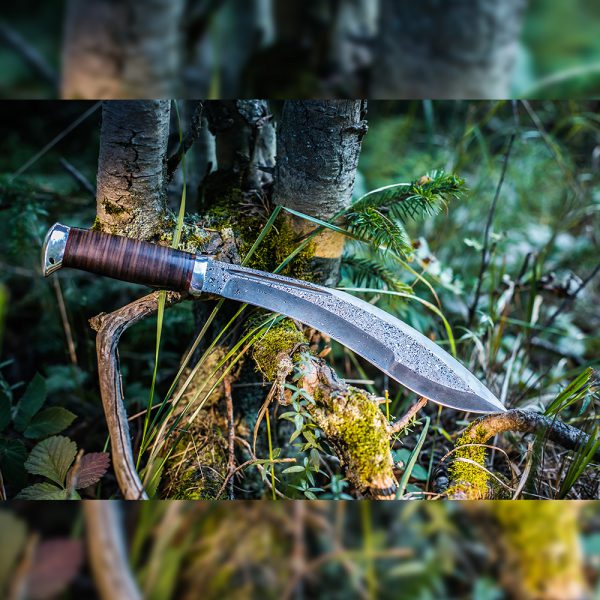 Curved blade of a shape traditional for kukri sharpened on the inner side. An impressive knife with a huge blade of variable width, with a spine thickness of 6 mm.

Stiffness of the blade in the narrow first half is further enhanced by two fullers. False edge is made on the blade spine from the middle to the tip, which facilitates heavy wide closer part. His false edge pierces bones well when cutting carcasses. The blade has a variable sharpening angle. The sharper angle of the reverse lens descents of the first two-thirds of the blade allows boh chopping and cutting. The third of the blade closest to the tip, having a larger angle of almost straight descents, can be used to chop like an axe. The balde center of gravity is shifted closer to the blade tip due to its variable width which contributes to effective cutting hits. The hilt is large, convenient for cutting, has an opening for the lanyard on the expanding top.

Kukri, like the katana, has a unique design that provides its outstanding properties, which have survived to our time from the XIV-XV centuries with almost no changes. Kukri was a part of the weapons of invincible Gurkhas and was used in close combat, as well as replacing a machete, sapper shovel, cleaver, etc. Kukri knife asks to be put in the car trunk on long off-road journeys.