Since time immemorial, weapons have been perceived as a valuable gift for a man. Now sabers and swords are no longer used for their intended purpose in everyday life, they have moved into the category of unusual gifts.

Even if a man has never been interested in this topic, a samurai sword or shashkas will certainly impress him. It is possible that after such a gift he will have a new hobby.

This section contains various samples of gift weapons from around the world, made by Zlatoust masters. 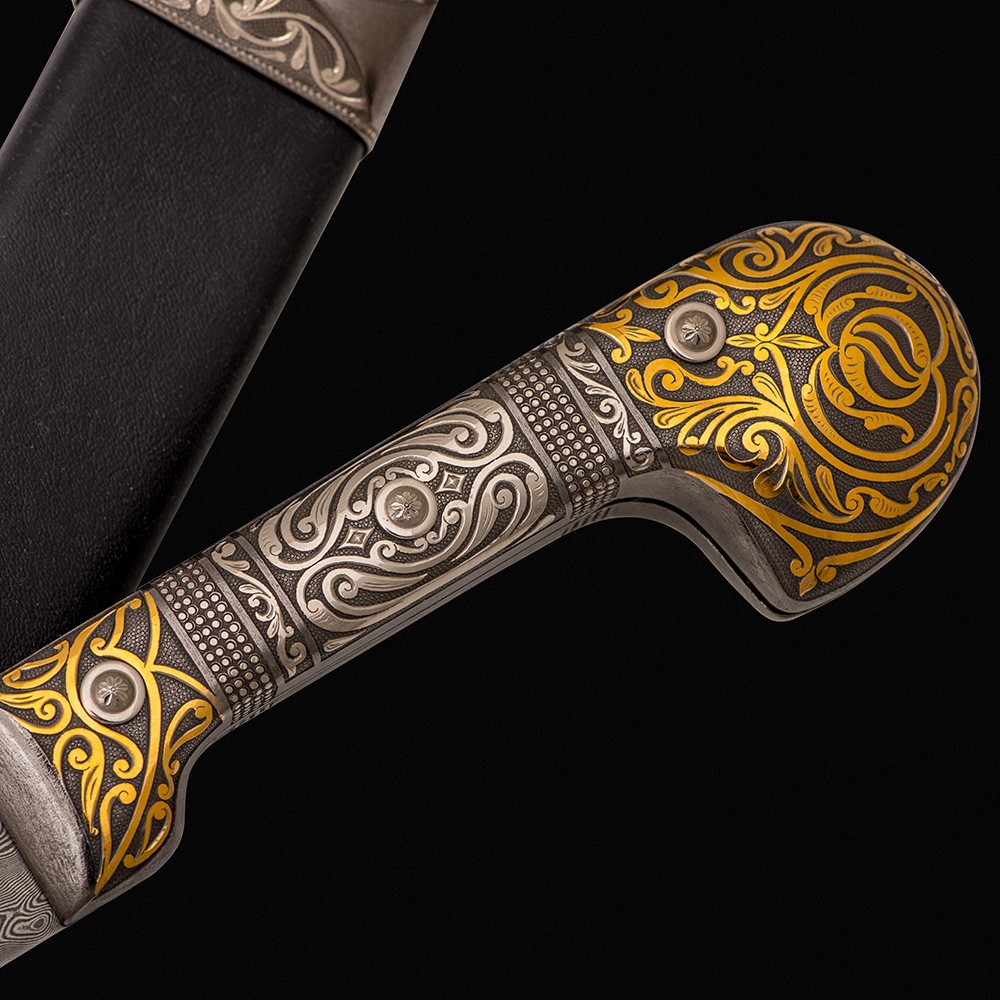 750,000 RUB
11664USD approximate price
A cavalry sword is a kind of saber, its name is of Circassian origin and means “long knife”. In written sources, the word "shashka" (cavalry sword) was first used by Giovanni de Luca in 1625, when describing the weapons of the Circassians.
Add to wishlist 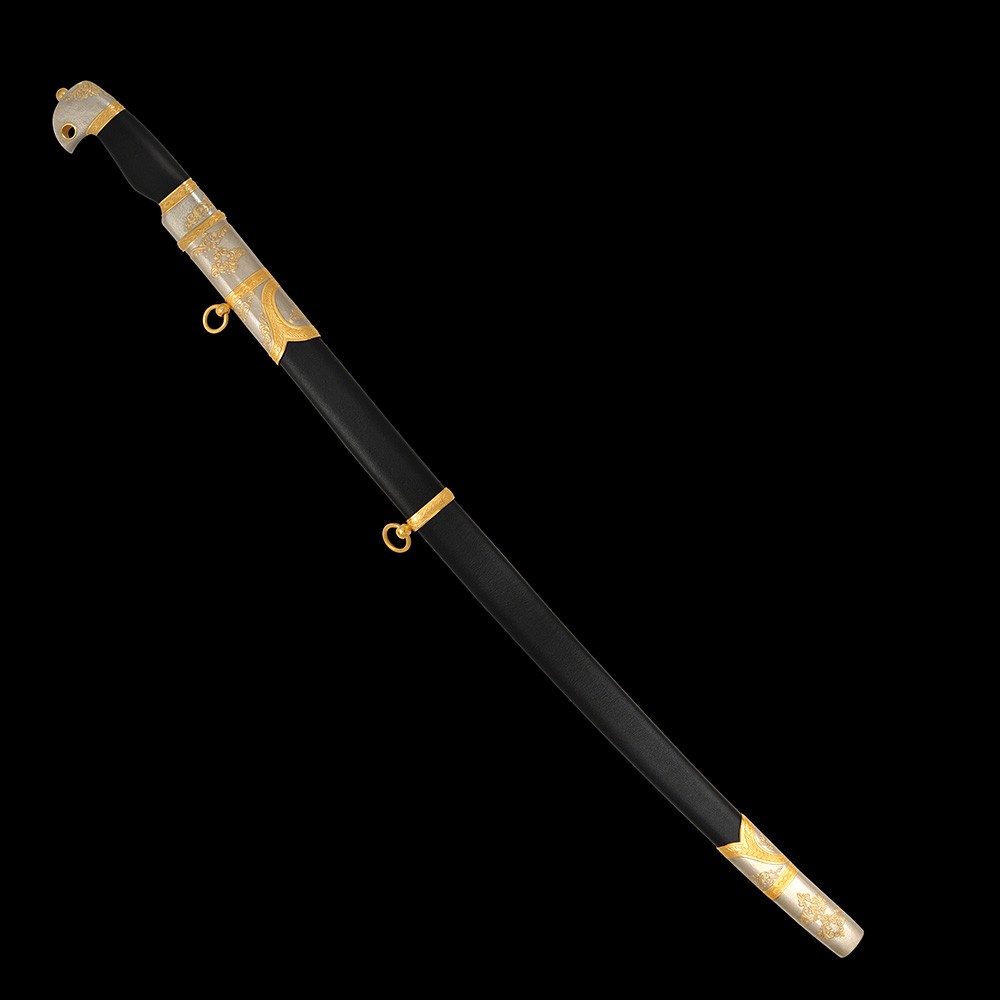 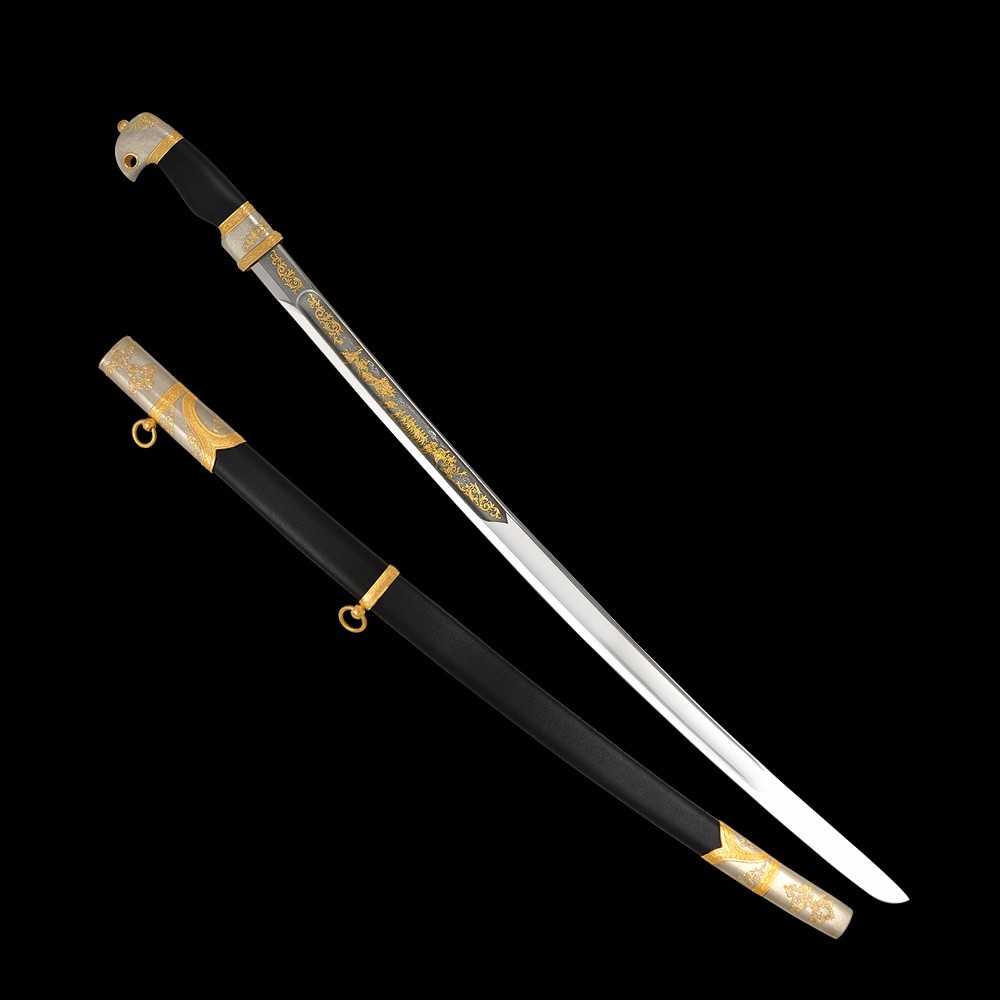 280,000 RUB
4355USD approximate price
The cavalry sword (shashka) is of Caucasian origin. The Caucasus has long been inhabited by numerous militant tribes, their way of life and traditions were determined by severity of the surrounding nature. From a very early age, weapons became a companion that accompanied a man all his life. The ability to handle it allowed to take a higher social level in society and even save lives. To the Don Cossacks, for example, the cavalry sword came from the Circassians.
Add to wishlist

540,000 RUB
8398USD approximate price
A souvenir smallsword is intended to become a symbol of charisma and interior decoration. The smallsword symbolizes the ability to protect and leadership. This is the work of the masters of Zlatoust, suppliers of premium weapons, utensils and decor elements in the imperial style for the Moscow Kremlin and the main residence of the President of Russia.
Add to wishlist

650,000 RUB
10109USD approximate price
Thanks to the skillful decor, this smallsword is an elegant interior accessory and a symbol of the owner’s charisma.
Add to wishlist

231,000 RUB
3592USD approximate price
Daga is a European dagger with a hard blade that has been used since the XIVth century, from knights to merchants. It was also used as an auxiliary weapon in the left hand to defend and retaliate.
Add to wishlist 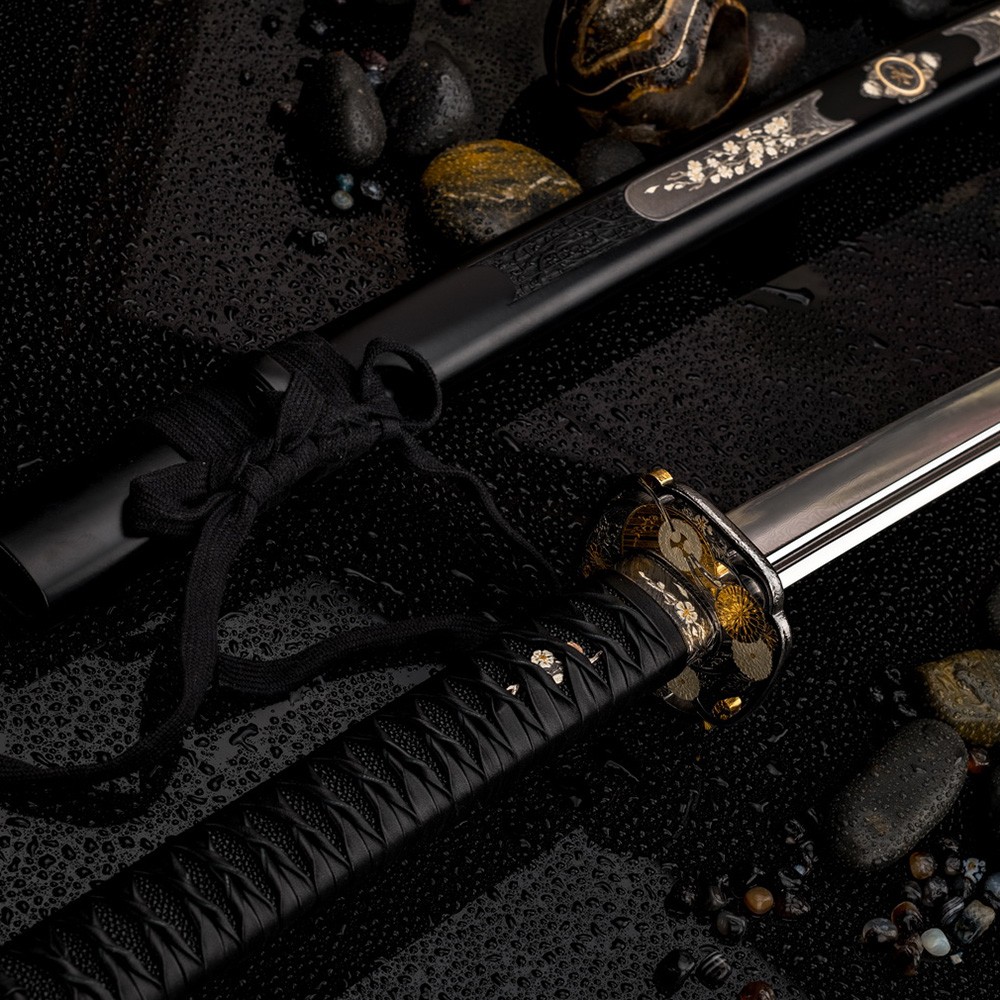 1,100,000 RUB
17107USD approximate price
The "Sakura in Bloom" katana took the 2st place in the "Long Blade" nomination at the Artistic Products contest at the 38th international exhibition Blade – Traditions and Modernity 2009.
Add to wishlist 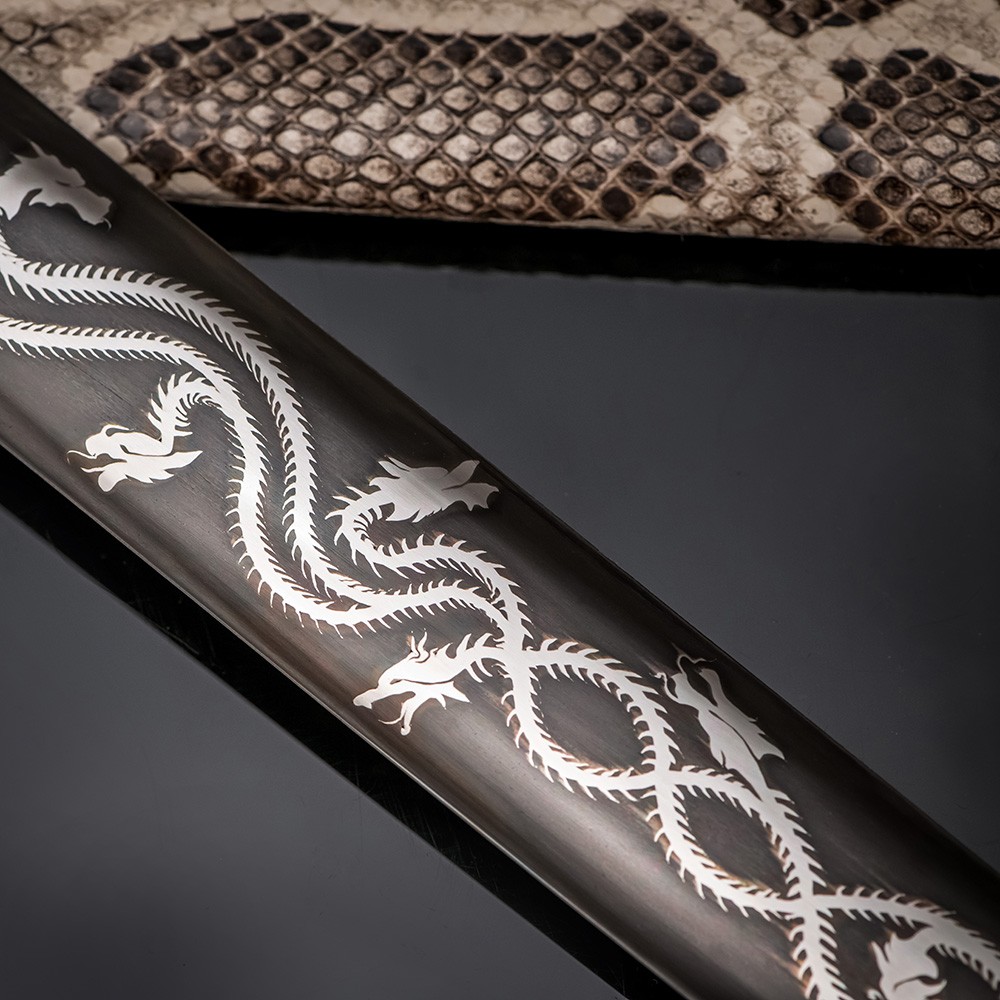 1,000,000 RUB
15552USD approximate price
The "Susanoo" sword took the 1st place in the "Medium Blade" category of the Artistic Art Contest held as part of the 32nd International Exhibition "Blade - Traditions and Modernity 2015."
Add to wishlist 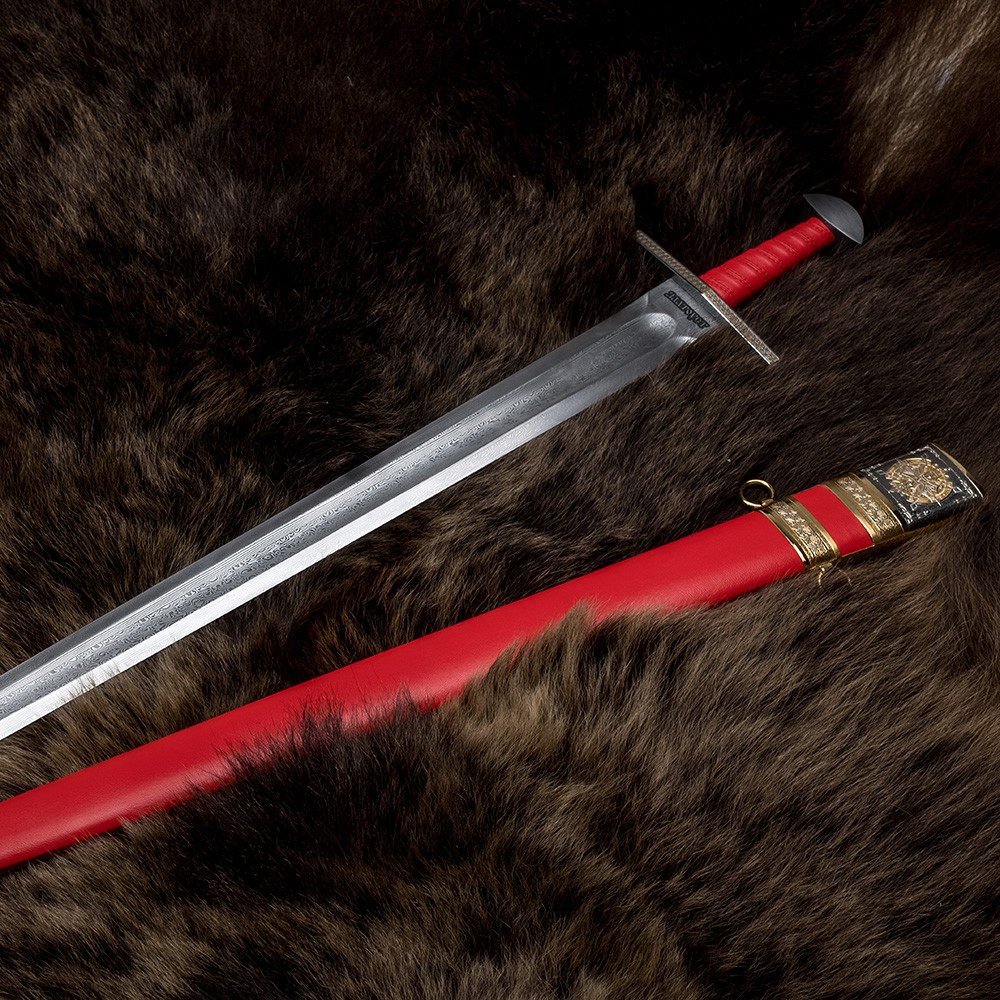 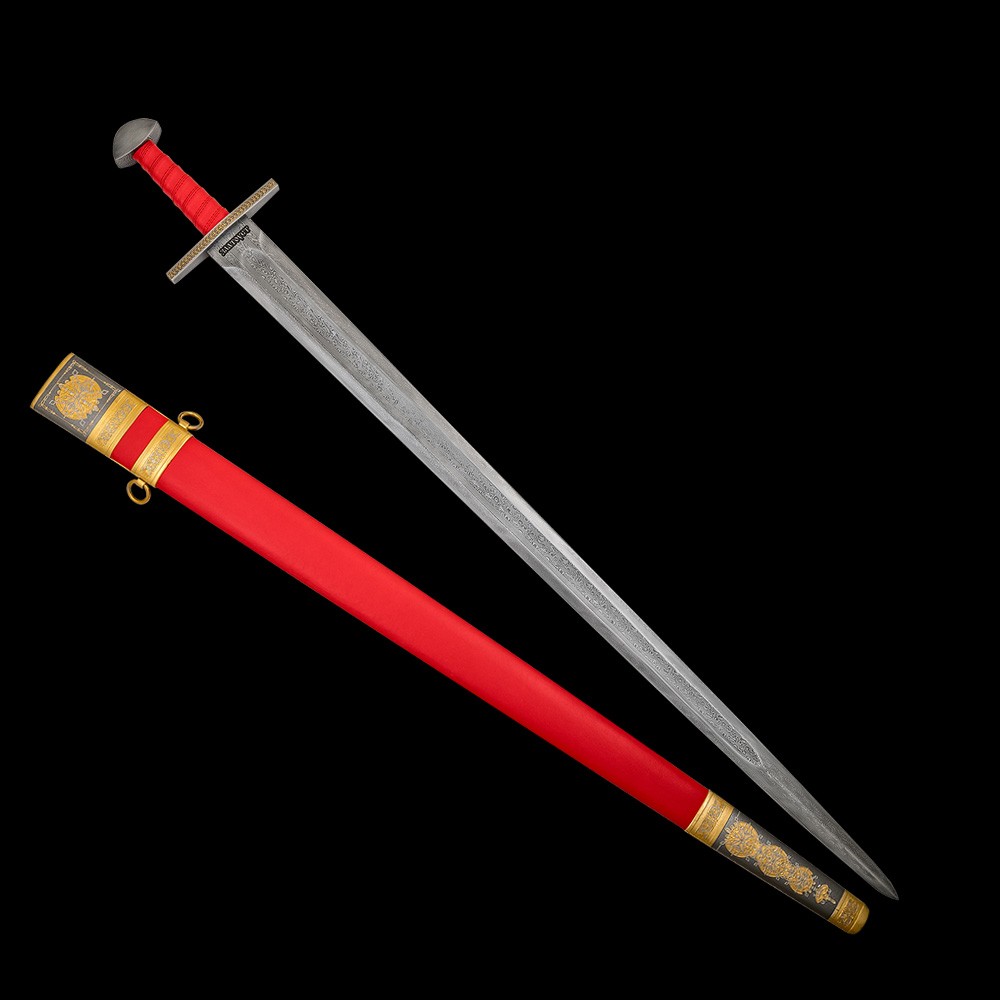 750,000 RUB
11664USD approximate price
The giant sword got its name in honor of the giant hero, the character of the Russian epic. He lived in the Holy Mountains, there was so much strength in him that the Russian land could not bear his weight. Svyatogor is the embodiment of primitive power; it is akin to the titans from ancient Greek mythology. It was the giant heroes and titans, according to the beliefs of our ancestors, who developed the planet Earth in those distant times when it was still not suitable for human life.
Add to wishlist 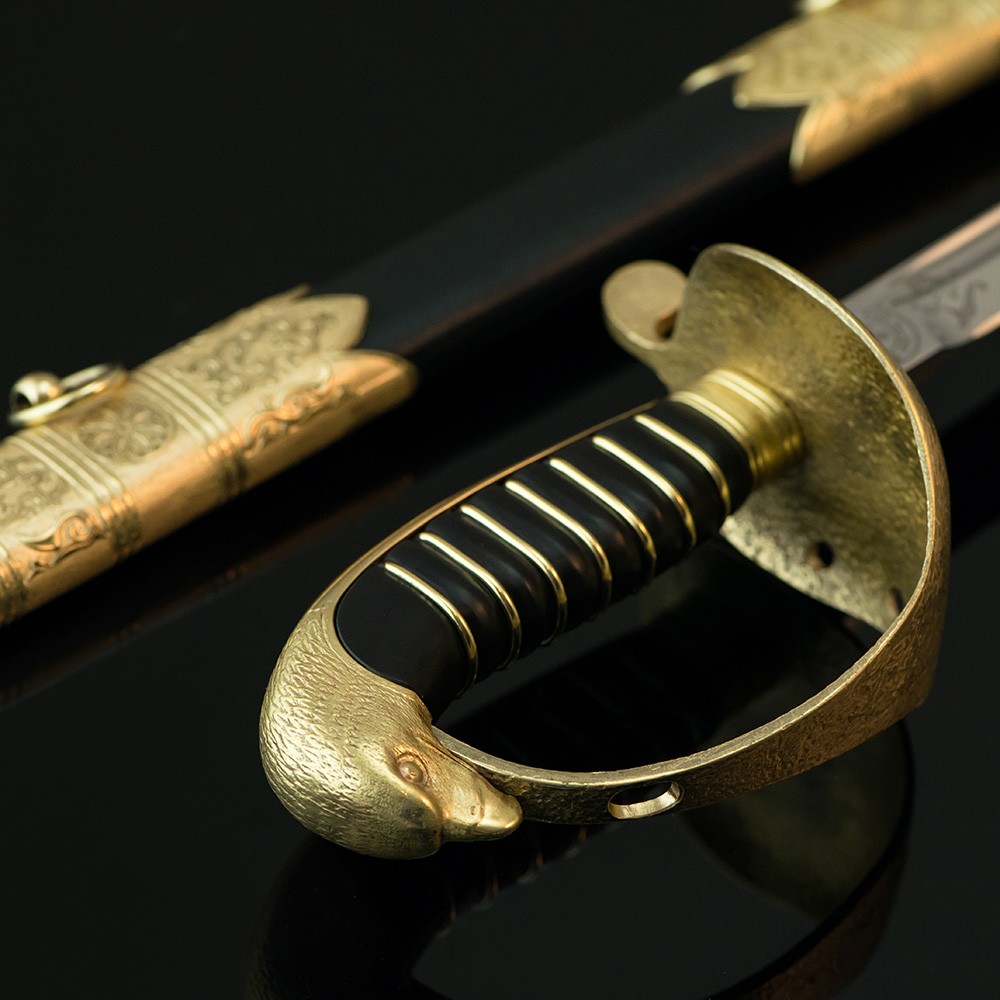 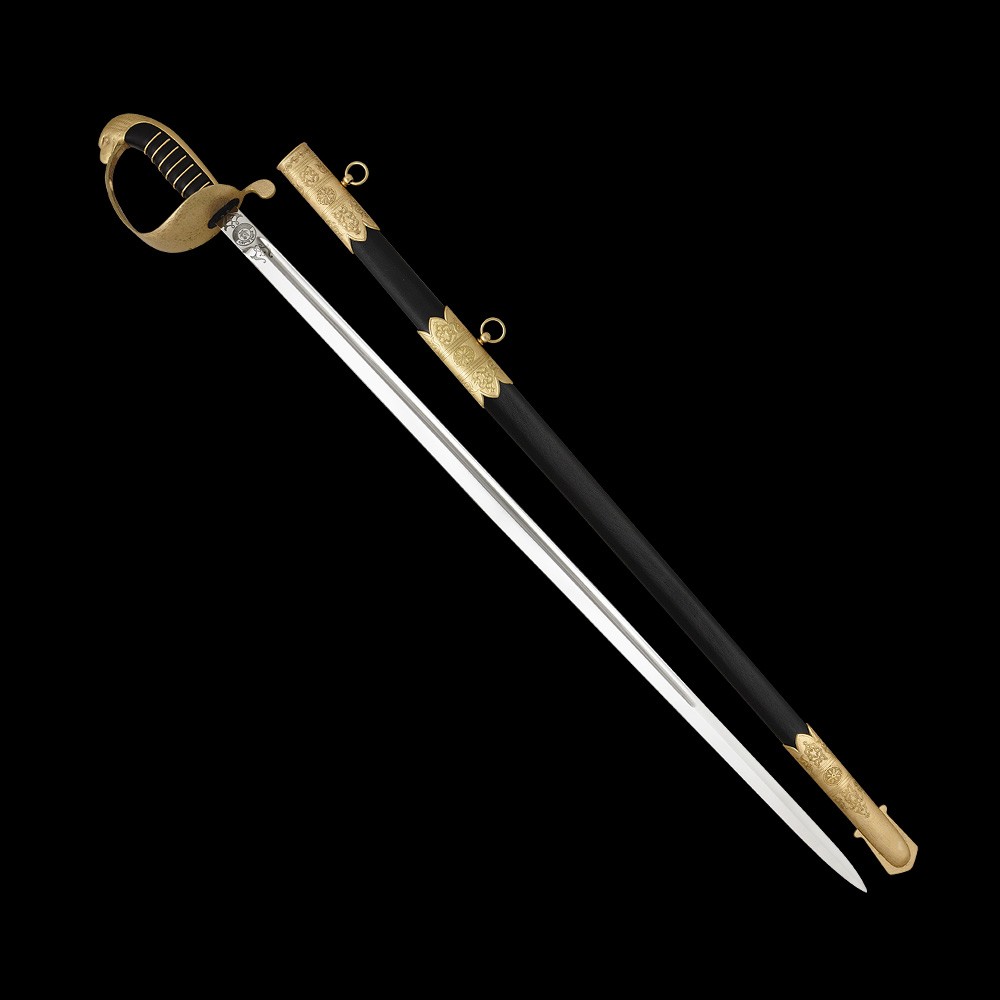 220,000 RUB
3421USD approximate price
The souvenir smallsword produced by the Zlatoust masters has a steel blade with one fuller. Heraldic signs in the spirit of medieval Europe are etched on the blade. The guard consists of one bow, bowl and wooden hilt; the top is made in the form of an eagle's head. The scabbard includes a mouth, a collar and a tip decorated with European ornaments and made using the art casting.
Add to wishlist

180,000 RUB
2799USD approximate price
The handmade work of Zlatoust weapon makers is a classic version of a souvenir gift for a man-protector.